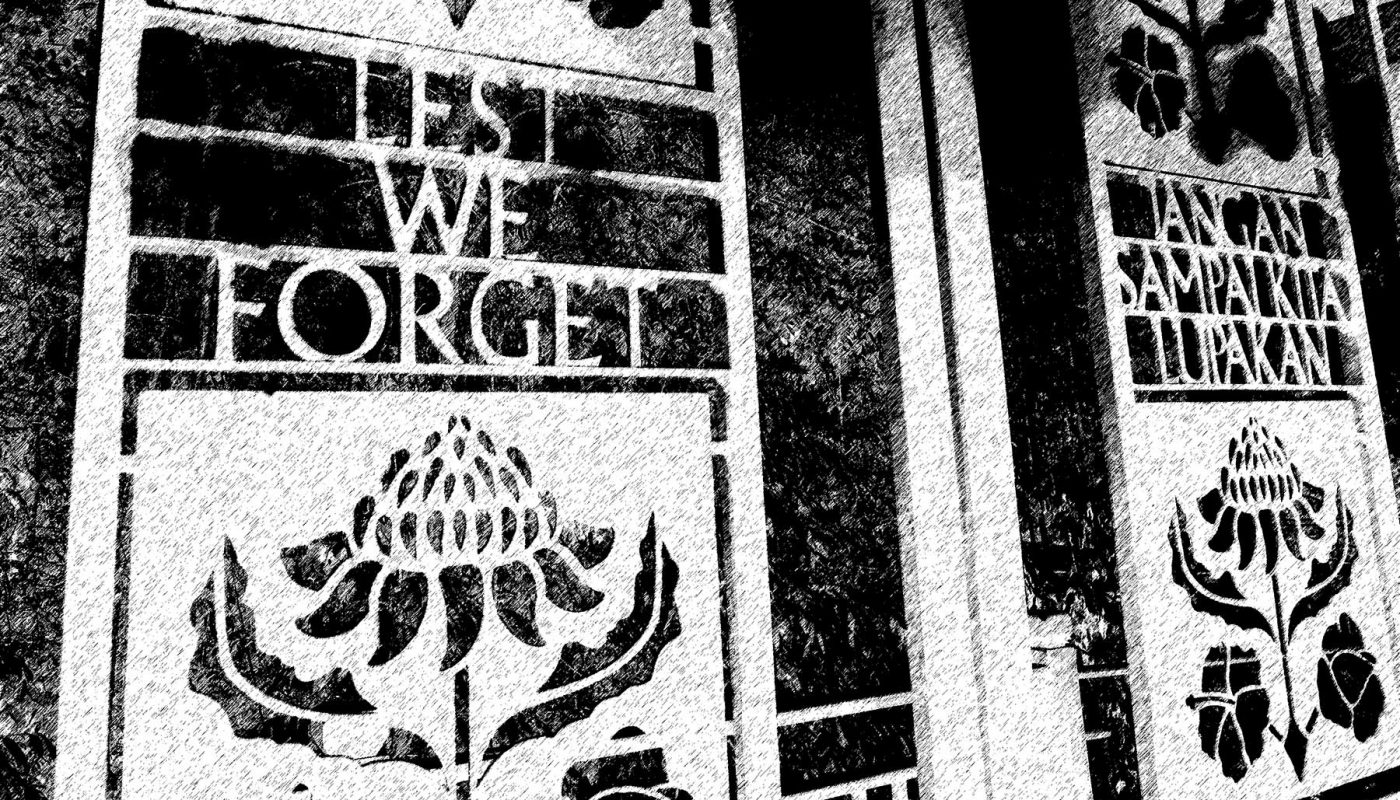 In 1939, an American writer, Agnes Newton Keith wrote a book about her life in Sabah, the book title “Land Below the Wind” has become the nickname of Sabah since then. What she didn’t expect was, after more than 80 years, her house became a source of inspiration again.

In June 2021, Sabah tourism minister dropped a bombshell by urging the promotion of dark tourism, and Agnes Keith House is one of the destinations. In case you don’t know, the post-war colonial wooden house of Agnes Keith is a heritage building as well as a haunted house.

Sabah has been doing well in nature tourism, so many tourism players were skeptical, and some even scoffed at the idea. I heard comments such as “Is the nature tourism of Sabah jumping the shark and now we have to market ghost tours?”, “Sabah will be promoted as the Land of Ghosts?” and “Why go dark when we have plenty of sunny islands and blue sky?”

Is Dark Tourism about Ghost Hunting?

Before we think that it’s a joke, let’s keep our minds open and try to fully understand the real meaning of Dark Tourism. First of all, Dark Tourism is defined as any form of tourism that is related to death, suffering, atrocity, tragedy and crimes. Note the words “ghost” and “paranormal” are not in the definition? Apparently, Dark Tourism is not Ghost Tourism. Ghost hunting is a sub-genre of Dark Tourism for only a tiny number of brave hobbyists.

Dark Tourism is focus on sharing the dark history or story of a site or event. In fact, some tour packages already contain the elements of dark tourism, for example, the Sandakan Death March. During World War II, 2,434 Australia and British PoW (Prisoners of War) were forced by Japanese to walk about 250 km from Sandakan to Ranau. Only six survived. Today you can sign up for a walk on the same route, to experience the suffering of these victims.

Anyway, the dark tourism sites are always linked to horrible death, so some tourists would sense something paranormal or just feeling uneasy. Goosebumps can induce a more compelling and intensified atmosphere for storytelling. Dark Tourism can be done during daytime and it’s not meant to terrify the tourists. Actually tourists may have unwittingly participated in dark tourism.

However, like ghost movies, some tourists are interested in hearing the ghost stories, but very few of them would want to experience these. So you can see the major flaw of highlighting only ghost hunting, which is a niche market that is too small to sustain.

Is Dark Tourism Good for Sabah?

The answer is Yes. The opinions below are my own and not the views of my company or any organisation.

In the past, many western adventurers were drawn to Borneo because it’s a land of mystery and roaming headhunters. That’s why Borneo is a more popular name than Sabah in some western countries. Local tourism players have been branding Sabah as Borneo (i.e. Malaysian Borneo). Dark Tourism fits well with the image of Mysterious Borneo.

When tourists visit Sabah, they would be impressed by Mount Kinabalu, Sipadan Island, Danum Valley and other attractions that are great for a sunny vacation. However, there is a lack of mystical element. Dark Tourism could complement this. For example, by sharing of Arung Salamiah’s love story at Bohey Dulang, a popular island among tourists. A remarkable destination should have a remarkable story to tell, so the tourists can appreciate it with their eyes and hearts.

Other countries can offer a better version of our mountains, islands and forest, but they can’t replicate our brand and legends.

What’s your favorite Halloween character? Werewolf? Nine-tailed fox? Mummy? Wait! Did you notice something sad? You probably can’t name any character from Sabah (Balan-Balan flying head and Pocong are not uniquely Sabah by the way). Countries with strong cultural influences also have popular mystic figures internationally.

If we dive deeper into Dark Tourism, we would uncover many cultural figures mentioned in traditional customs, rituals, belief and legends. Promoting Dark Tourism will help to preserve these intangible assets like our intellectual properties. Disney and Hollywood are making billions of dollars from showing these in their movies and merchandises.

Sabah villages are not short of local tales and folklore that were told by grandparents. Unfortunately, whenever I asked for such story, most of the time the villagers would say, “I don’t know. You need to talk to our elders.” In contrast, Pitas people record and own their Supirak legend, they bring their attractions to life, and the mesmerizing story can be made into a drama or literature.

The Little Mermaid statue, which attracts more than 5 millions visitors and is listed as one of the top tourist attractions in Denmark. Sound like easy money? This is how powerful a story can be.

Based on my experience in Sabah trip, the introduction of an attraction by tour guides is mainly informational content like how old our rainforest is, how many species of birds we have, the age of a building, etc. I respect their professionalism but I bet tourists will forget most of the presentation even before the tour ends.

The research by cognitive psychologist Jerome Bruner shows that messages delivered as stories can be up to 22 times more memorable than just facts. Most Dark Tourism sites are about past events so the presentation is usually in the form of storytelling. Stories engage the emotions of listeners and keeps their attention. This will spice up their travel experience. The most memorable part of their Borneo trip could be a campfire story.

Promoting Dark Tourism would generate interest on neglected destinations that have historical and great story, or add more unusual and refreshing angle for some tours. For example, Berhala Island was used to be a leprosy and PoW camp, Kota Batu the Brunei fort submerged in Kinarut River. A more diversified product mix will be beneficial in serving different types of tourists and gaining more exposure in new niche market.

Europe has more than 10,000 castles, but Dracula’s Castle is always on the bucket list of tourists. Can you figure out why?

Dark Tourism is a relatively new concept to Sabah and we need to be sensitive to the cultures of the local communities in the development of new products. The interpretation is important too. For example, it’s inappropriate to call Bobolian (high priest) a witch. Some tribes would not want to be stereotyped as aggressive people because of their headhunting past. Some places may be considered as sacred and should not be disturbed by noisy tourists. Care should be taken to leave no room for breaking of taboos and to avoid any disrespectful activity to the culture of certain social groups.

The following is a (unofficial) list of potential dark tourism sites in Sabah, where the events or tales associated with wars, disasters, tragedies, brutality and death taking place.

Development of Dark Tourism in Sabah

They visited Kinarut Mansion, Pogunon Museum, Petagas Memorial Garden and Double Six Monument. Talks on Dark Tourism were given, for more understanding on the concepts and government plan. The local authorities are given the tasks of identifying potential dark tourism destinations, and supporting the development of dark tourism in their districts. The workshop ended with a camping on Sulug Island, the darkest island in Kota Kinabalu. 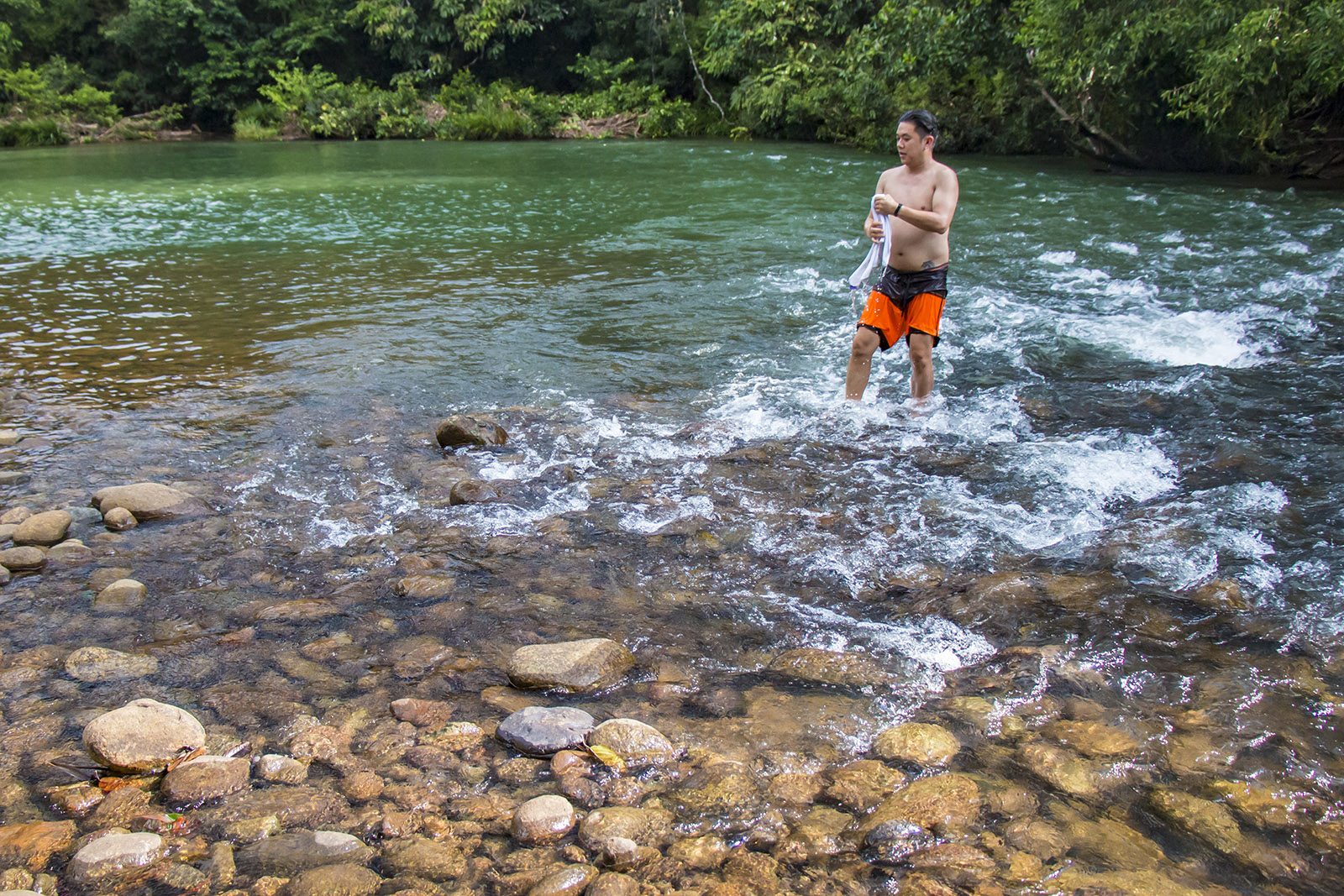 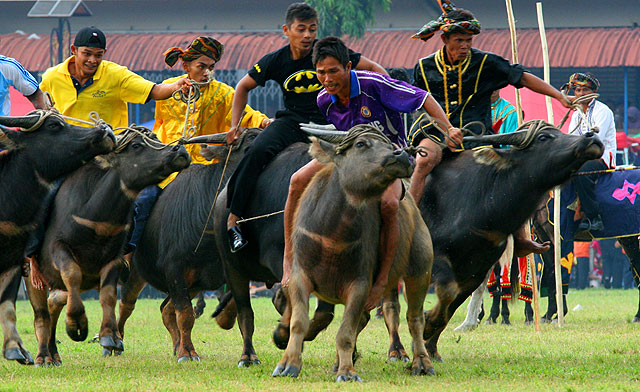