Malaysia gains its independence on 31 August 1957. We celebrate this date as National Day every year. However, to Sabah people, 16 September 1963 (a.k.a. Malaysia Day) is more matter. Sabah never “joined” Malaysia. We “formed” Malaysia with Malaya and Sarawak. Since I was a little boy, I have been hearing Sabah people complain that federal government didn’t value the meaning of Sep 16.

After 47 years, we had our first national-level celebration of Malaysia Day on last Thursday at Padang Merdeka of Kota Kinabalu, Sabah. Well, we all know why. Barisan Nasional (BN) lost a lot of seats in 308 election. Sabah and Sarawak, the “deposit” of BN votes, have become the feet of BN. They can no longer afford to ignore our voices. Whatever, at least we have one more public holiday added to the calendar. Hope everyone is happy now. 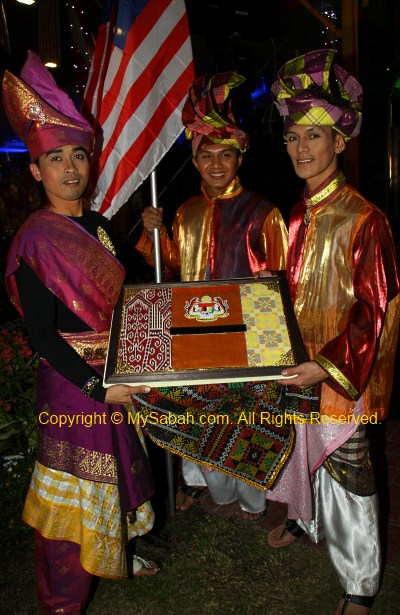 Every government function starts with political propaganda. Prime Minister was trying to market 1Malaysia concept, though Sabah has been long practicing it. 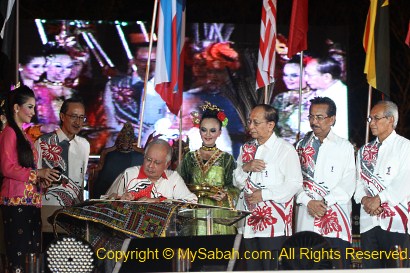 Prime Minister started the first signing of Malaysia Day Book. There were dozens of photographers and media went after this shot. Luckily I also got mine. 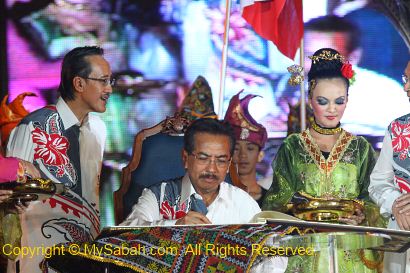 Next is Sabah Chief Minister. Should be a great remembrance for him before retirement… 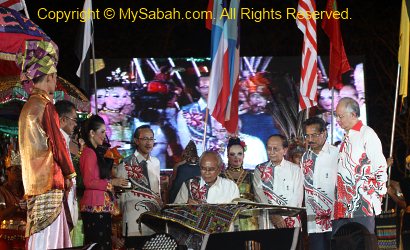 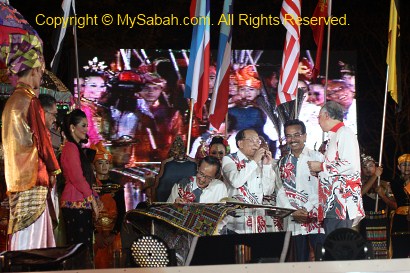 Signed by the Sabah minister of tourism (also the organizer). 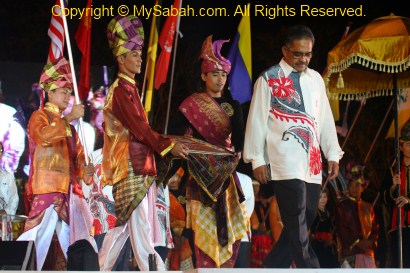 Signing Ceremony done. This book will be kept in the museum. 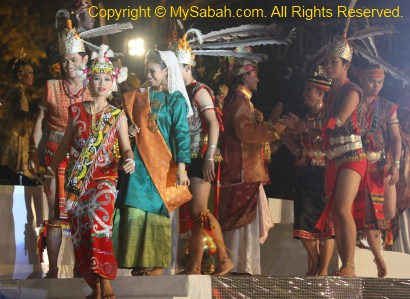 Performance followed, to show the past, present and future of Malaysia. 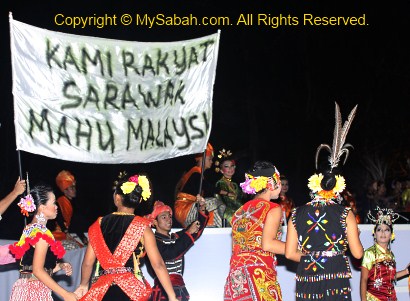 Since Malaysia Day is more for East Malaysians, the show had a lot of cultural elements of Sabah and Sarawak. It’s really a Sabahan event coz the audiences left many rubbish behind, despite repeated advices from the organizer, a true reflection of Sabah people. If we don’t like people say we live on trees, please behave like a civilized human. Personally I also have seen many rich people throw rubbish out of the car windows of their expensive cars. 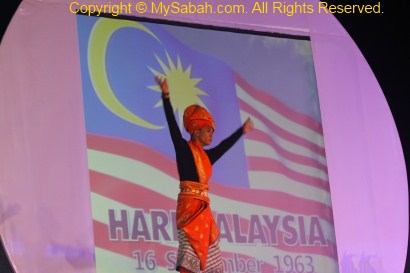 It has been raining every late afternoon. Fortunately the weather was ok that day. The heavy rain came 1 hour after the end of show. Then it rains again every evening until today. 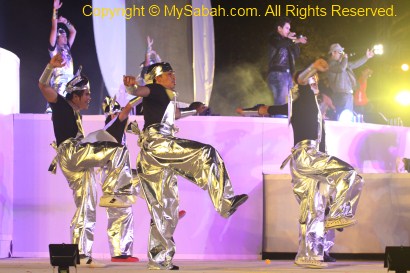 There were too many media and photographers around, so my movement was very restricted. I could only take photos from the side. 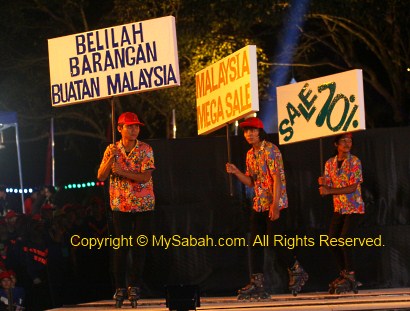 Buy expensive and inferior Malaysia products! Do we have choices, other than Proton, StreamyX, Bernas and SESB? 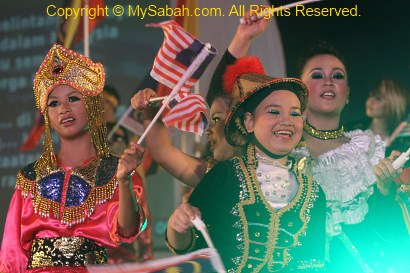 Overall the show was ok. But the venue is terrible, too small. Imagine thousands of people flooded the area no bigger than a football field. But this venue is the place where Malaysia was declared. Hopefully next year they will hold the event in Likas Stadium. I was a bit surprised that there was no lion dance. 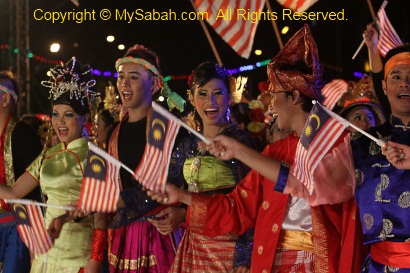 Where is the Security?