There was a total lunar eclipse on 10 Dec 2011. Yes, this is an old news and you may had seen the photos everywhere on the net. Anyway, this is the first time I photograph a moon so I just add this as a record of Sabah happening in my blog. 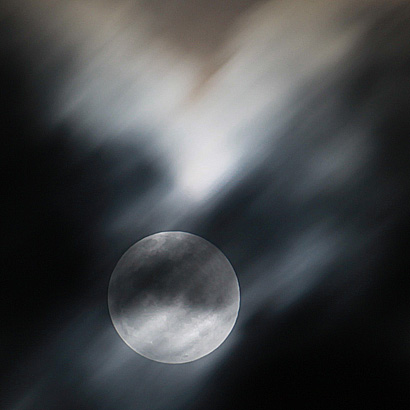 Whole Asia can see this full lunar eclipse. However, it was raining in the past few days, and the moon was covered by dense cloud constantly. I just tried my luck and fortunately I still could get some nice shots when the cloud was clear for a short moment for a few times. 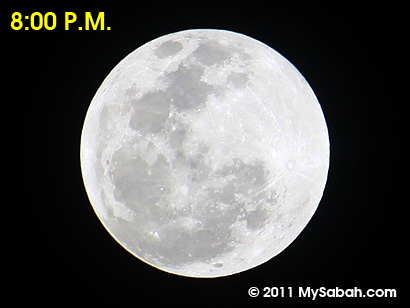 The lunar eclipse began at 7:34pm but it was not visible at 8pm. 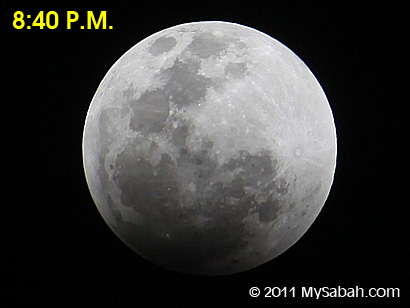 About 8:40pm, I started to see a small dark shadow casted on the moon. 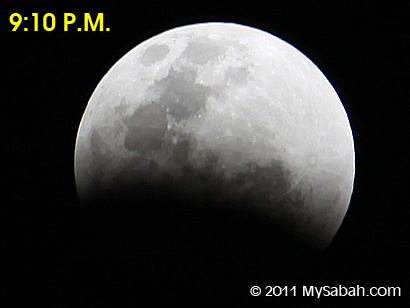 The lunar eclispe got really obvious after 9pm. 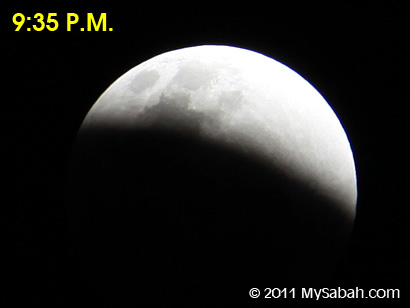 More than half of the moon “swallowed” by shadow. My mom tells me that in her day, the villagers believed the moon was being eaten by a monster (named 天狗吃月 in Chinese), so everyone would panic and beat kerosene pails to scare the monster away. Now everyone knows that the monster is the shadow of the earth, and nobody really bothers about lunar eclipse today. Well, sometimes science breaks our fancy imagination and makes things boring, doesn’t it? 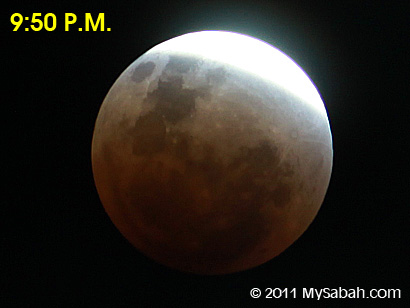 The full lunar eclipse is almost complete. The moon looks like wearing a crown. 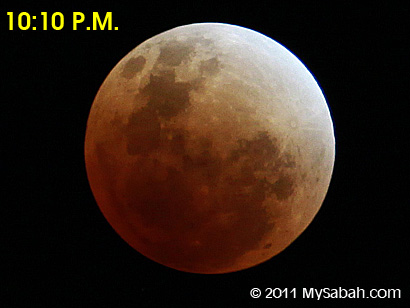 The full lunar eclipse is at full phase after 10:06pm. But wait, the moon turns into red color? Actually the refraction of sunlight by atmosphere of our earth lights up the moon a bit, but most of the colors with shorter wavelength are scattered by the air, only red color, with the longest wavelength can penatrate and reaches the moon, and paint the moon in red color.

If you missed this full moon eclipse, you have to wait until 2014 for the next one.

Tambunan, Switzerland of the East