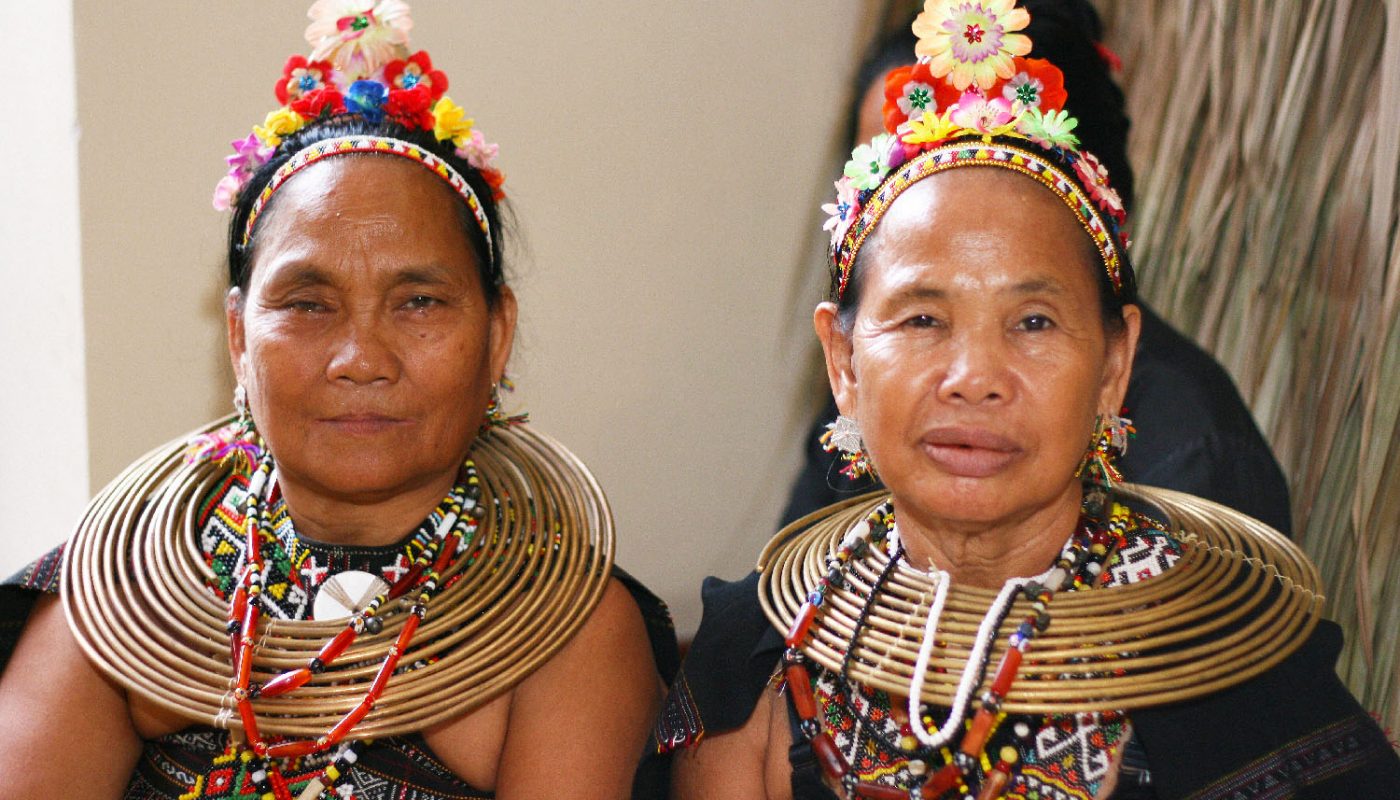 Late, late, late… yes, I am late by a month to blog about the Sabah Fest 2009 (was held in May 2-3). Anyway, I am glad to be online again coz right after Sabah Fest, I was sick for 2 weeks. Even now, it really drains my energy to choose and touch-up 120 photos for this blog. 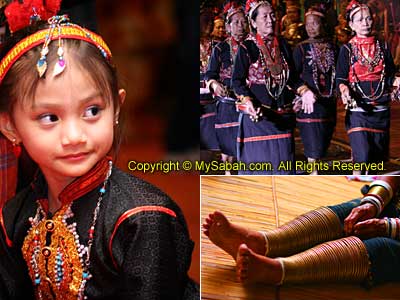 Sabah Fest received great response this year and the seats were almost full (in 2008 most bloggers said it was boring). There were so many bloggers came to photograph the event too. The next few days on the Net, I found about 30 blog about Sabah Fest. The show was extended one more night (May 4) for the Prime Minister. Many politicians are already singing and dancing with his 1Malaysia concept. Well, if this gimmick is not about equality, it is rubbish then. When you ask our tourists comment about Sabah, for sure they will say they are impressed by the friendliness of Sabahans, and how they live together in peace. So it is a good idea Najib came to Sabah to learn how different races live in harmony.

“Mystical Sabah” is the theme for Sabah Fest 2009, an annual cultural show that put our vibrant and diversified traditional heritage on stage. The best thing is – there is no stupid protocol such as listening to uninspiring tissue-paper-length speech of the ministers. There were a few new creative elements, and I like the opening. You could some rare display of rituals and ceremonies. Before most population of Sabah was converted to Christians and Muslims, black and white magic prevailed in the land below the wind. People relied on priestesses for medicinal service, cleansing and blessing, and these priestesses can travel in spiritual world. Even today, this is not the thing that you can laugh at. 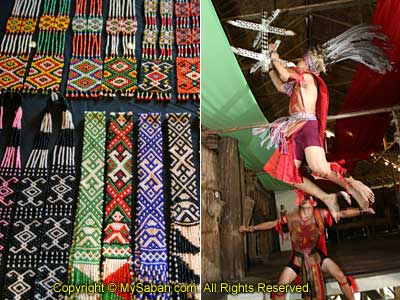 The most impressive costume display is probably the brass neck and leg rings wore by Rungus women as a symbol of beauty. I’ve heard about this “antique” but first time seeing it. They can be the last generation wearing these. Of course the young is no longer wearing these heavy stuffs.

Dusun Lotud also had some nice exhibition of their rituals tools and medium. The Suluk Sandakan dancers, who performed on stage, told me that they learn the dance coz of interest, not for making a living. How nice we still have young people who are proud of their culture and pass on the heritage. 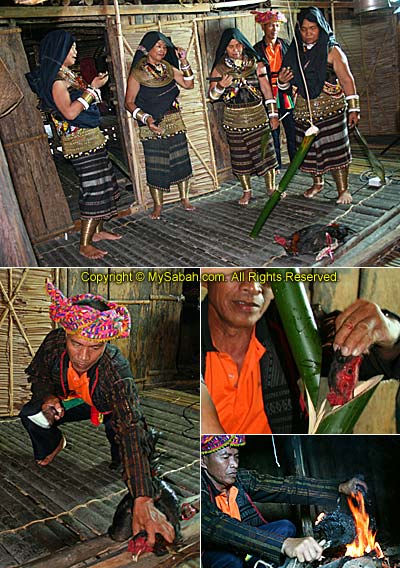 Last year I missed the Sabah Fest in Sabah Museum, of course I didn’t miss it this time. The Mystical Sabah still carried on and I got an up-close look of the cleansing rituals. Though those were demo, they were so real and creepy. For example, the Rungus redeemption ceremony to cure the sick by slaughtering a chicken. They cut off the chicken head and burn its body on the fire. Without head, the chicken still struggled in the fire. For the weak-hearted, this bloody scene can make them very sick.

However, many arrogant modern people sneered when talking about the spiritual world. They say they will never believe this unless they see this with their eyes. Being skeptical about unproven facts are good, but overly count on science will blind us too. The spiritual power could be an energy that yet to be undiscovered. In science, anything that can’t be quantified by math formula is wrong, and you can’t use a 3D ruler to measure a 4th dimension world. 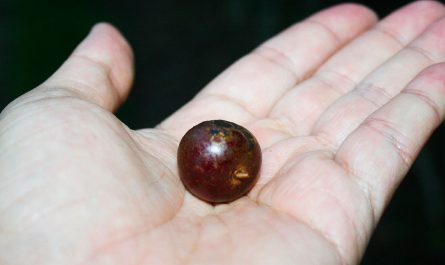 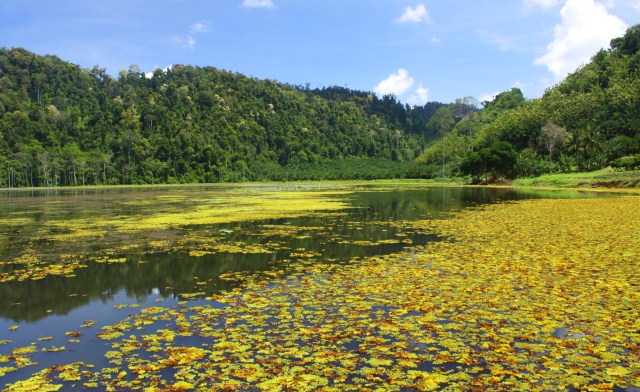 Impian Lake, a lake made by volcano