Two years ago, I was so impressed when I saw this “Fire” Dragon, but the flame was created “manually” by throwing burning powder to the fire torch. You needed a “fireman” running around to “fake” the fire ball. The stage would end up having sulphur dust all over the floor, quite a messy method. 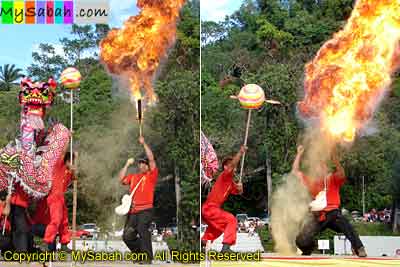 Now worry no more. We have dragon that can blow fire right out of its mouth. It is so cool though I wonder if it would burn the dragon head. It is more fun to see the dragon chases and BBQ the big marshmallow lollipop in front of him. 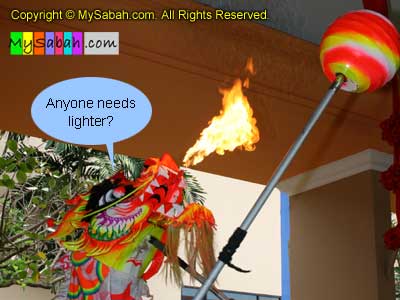 The photo below reveals the “secret”. There is a pipe inside the dragon mouth. Hopefully we can make this feature available on dragon toy, haha… 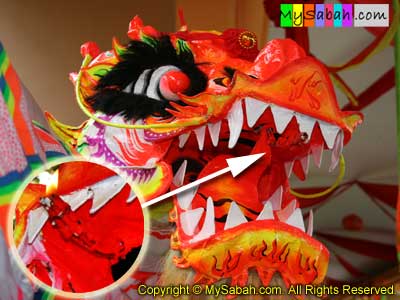 Another invention is the Glowing Dragon. In fact it has been around for years. Before the dance begins, they will off all the light and turn on the blue light. When the blue light projects on the dragon, the special material on the dragon will glow in the dark, something like what we see in disco. Now dragon also can perform in night club. 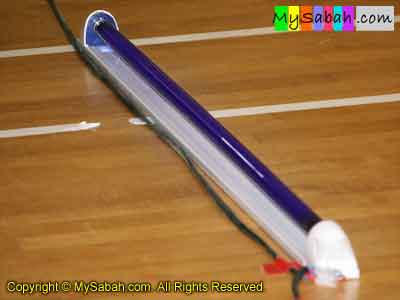 Using flash will wash away its colors, so the photos below were taken using biggest aperture, with ISO1600 and 1/30 sec exposure. I took dozens of photos, but only a few are usable, the rest are blur due to low light and fast movement. 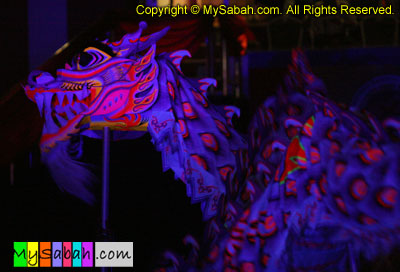 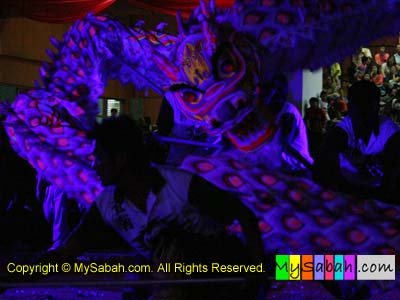 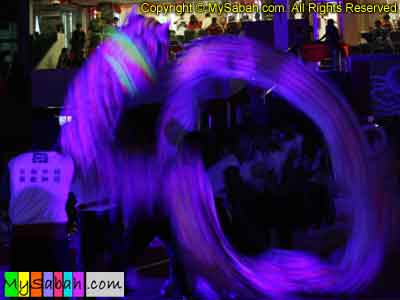