“Over here!”, Mr. Jain Linton, the botanist guide from Sabah Agriculture Park (Taman Pertanian Sabah) in Tenom, sounds really excited when he shows us “Ekor Tikus”, which has the longest orchid leaf in the world. 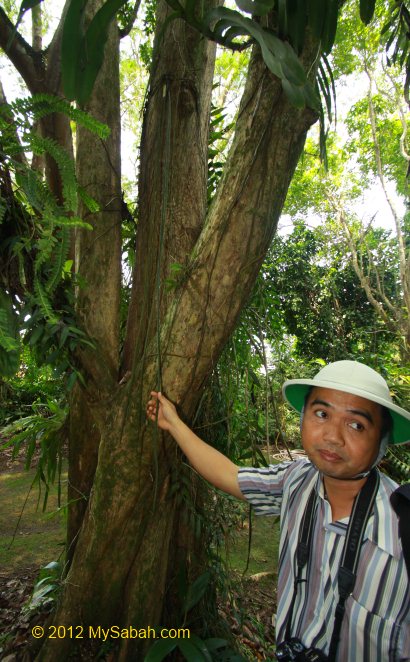 “Ekor Tikus” is “Rat Tail” in Malay language. You will agree with such name if you see its photos here. 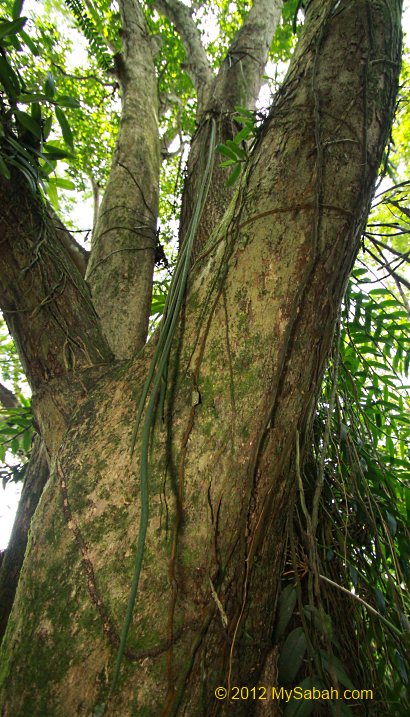 Rat-Tailed Orchid (Paraphalaenopsis labukensis) is a rare native orchid with all four species live in Borneo island. It grows as an epiphyte on branches of large tree. The longest recorded length of Rat-tailed orchid leaf is 3.05M (10 feet) long. 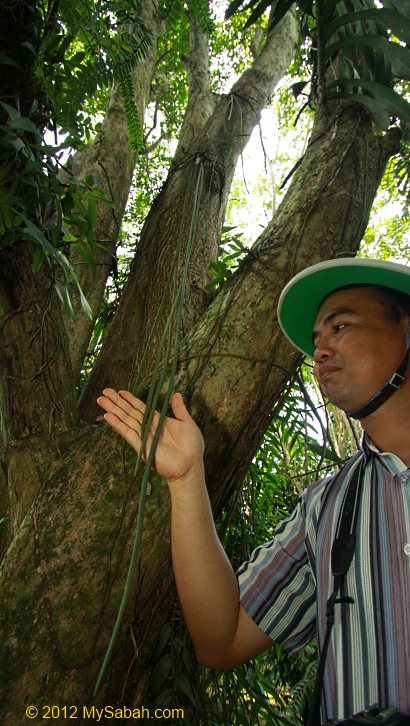 You can see this orchid flower in Native Orchid Garden of Sabah Agriculture Park (Taman Pertanian Sabah) in Tenom.

Related posts:
The largest orchid leaf in the world
The Most Expensive Orchid in the world

Tree and Coral Planting in Sabah