Orchid is such a charismatic flower that some enthusiasts would risk their lives to collect it in the wild. Luckily, you can see many precious orchid species in Sabah Agriculture Park (Taman Pertanian Sabah) in Tenom, without putting your life in danger. There are two orchid gardens there, namely, Native Orchid Center and Hybrid Orchid Center.

Borneo island has about 1,500 species of orchid, and you can see more than 350 indigenous orchid species in Native Orchid Center, making Sabah Agriculture Park one of the world’s famous orchid centers. 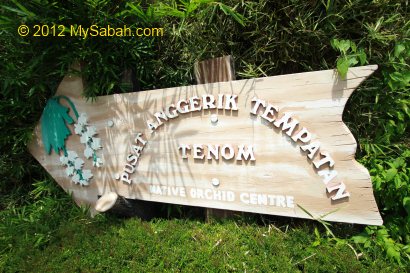 This orchid conservation center is housing some of the most valuable orchid species in the world, which include a slipper orchid (species: Paphiopedilum rothschildianum) endemic to Sabah and nicknamed “Gold of Kinabalu”. Valued at USD5,000 per stem in black market, this slipper orchid is known to be the most expensive orchid in the world. It’s also our Sabah state flower and locally known as “Sumazau Orchid”. 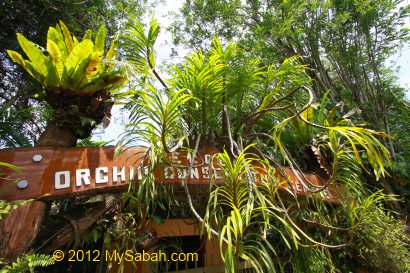 To protect those expensive and rare native Borneo orchid from being plucked, the park has to keep this garden locked and visitors must be accompanied by a guide from the park. 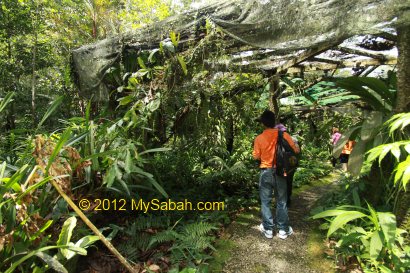 Most orchid collection of Native Orchid Garden are from lowland rainforest, which is a warm, humid and dim environment. 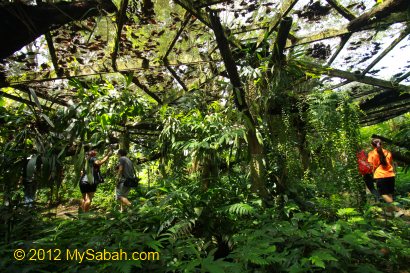 Therefore, the native orchid garden is also simulating the rainforest environment. The orchid nursery is shaded to avoid direct sunlight. You may not see any blooming orchid in photo above. Actually there are many of them but most of them are very tiny (only a few MM) and they are unlike the commercial orchids which are generally bigger and have bright colors. 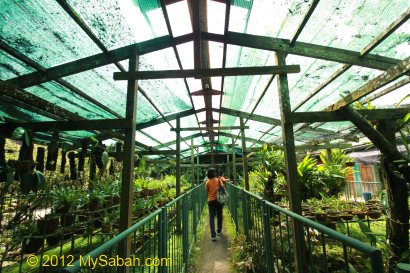 In average, there are 30 orchid flowering per day in this garden. Some orchids have very interesting characteristics. 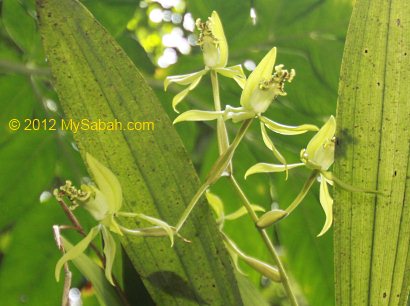 Have you ever seen a green orchid? 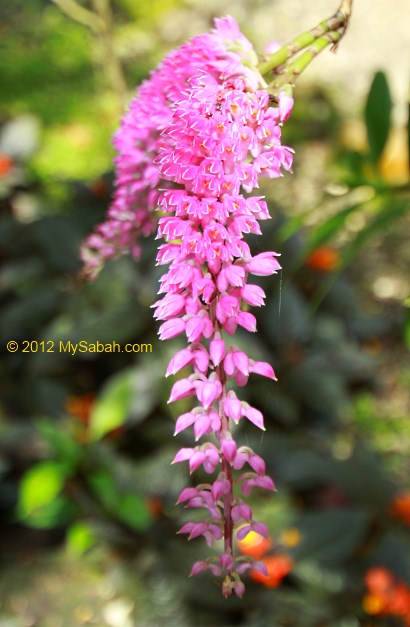 This orchid is known as “Bottle-Brush Orchid”. Go figure. 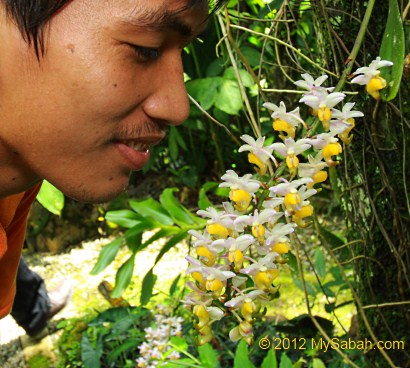 The orchid above have very strong and sweet aroma. 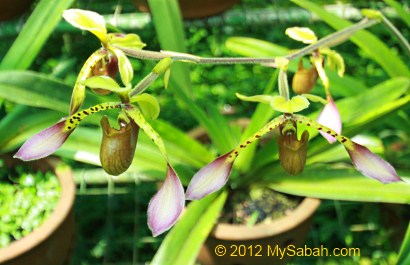 Above: Paphiopedilum lowii, a type of slipper orchid. 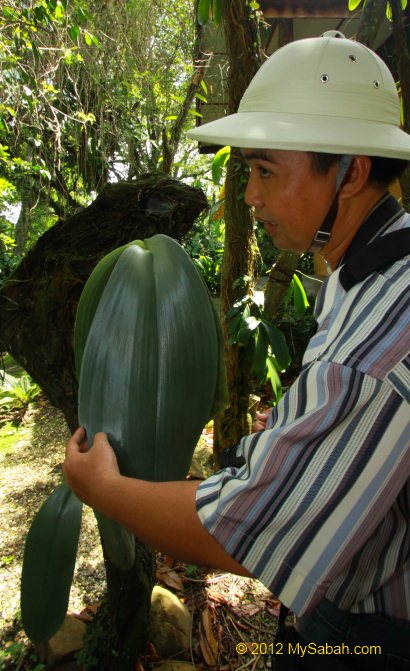 Above: Elephant ear orchid has the largest orchid leaf in the world. Click Here for more info. 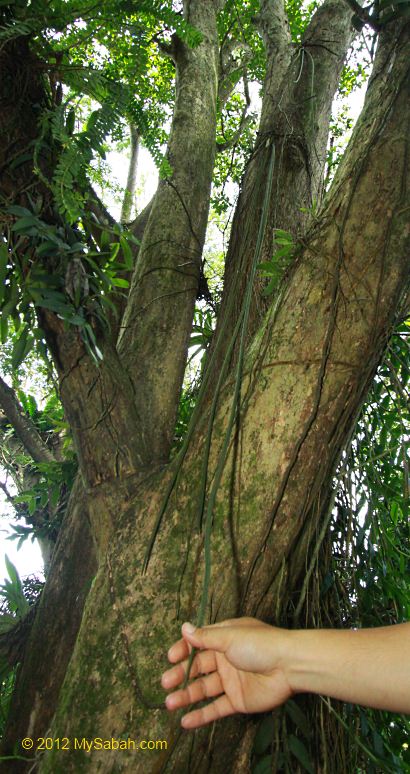 Above: “Rat Tail” orchid (Ekor Tikas) has the longest orchid leaf in the world. Click Here for more info

The orchids in Hybrid Orchid Center may look more familiar to you, because they are those large, colorful and showy orchids commercially sold in flora garden. These are the end product of cross-breeding of orchids. 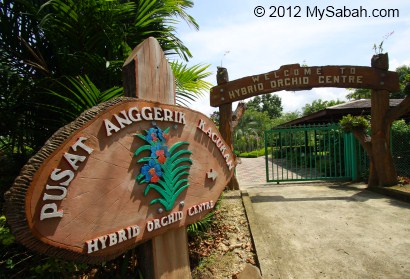 The hybrid orchids are usually tougher and easier to plant. Native orchids are very sensitive to change of environment. 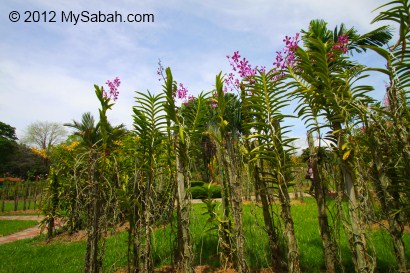 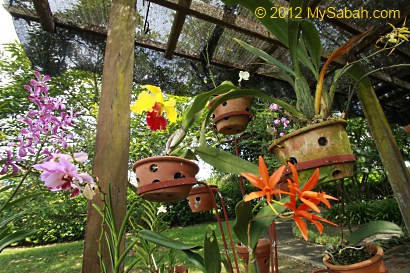 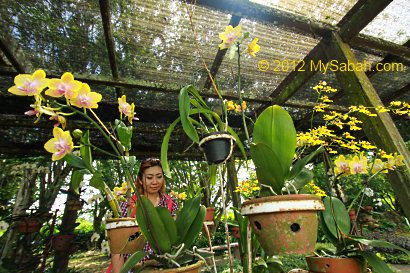 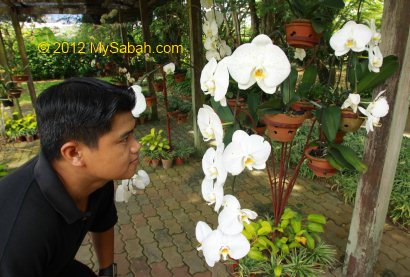 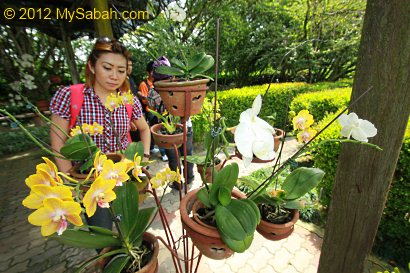 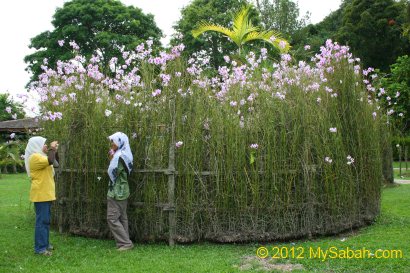 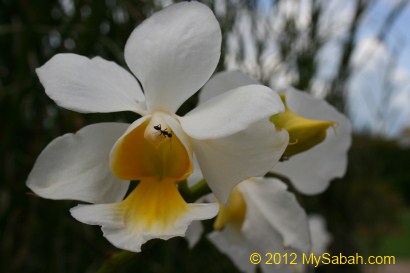 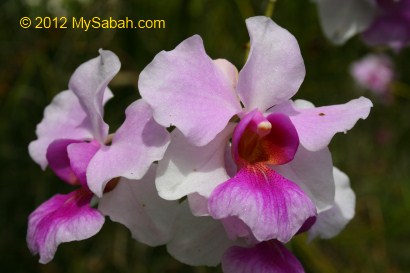 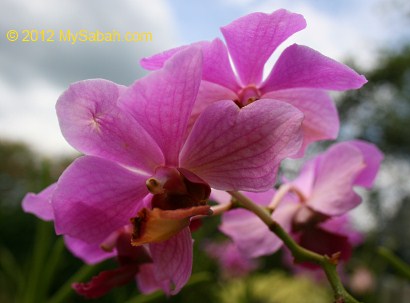 As you can see, both orchid gardens are very different. I believe botanists will love Native Orchid Center and gardeners love Hybrid Orchid Center.

Scuba Diving at Mabul and Sipadan Island of Semporna