This fungus is very commonly seen after heavy rain in Sabah. To hungry people, it looks like a yummy Chinese steam bun “Pao”. I never see anyone cooks it so I guess it is either taste bad or poisonous. So far I also see no animal or insect shows any interest on it. 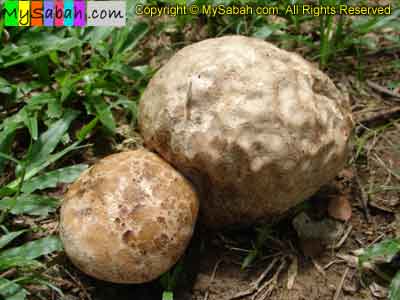 In most cases, children would kick it like a ball for fun. If this Pao fungus can survive (actually we spare its life for better fun later), after a few days, it will dry up and turn into dark brown or black color, like a disgusting brain. 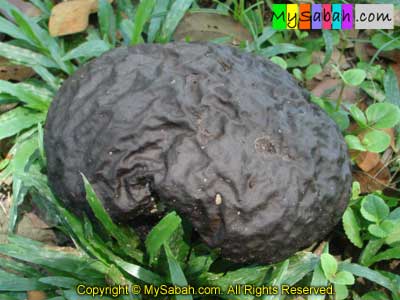 We will come and check it if they have “ripe”. The joy begins when all of us stamp on dozens of them repeatedly to make them “explode” and watch the smoke comes out (see picture below). In fact, the smoke is formed by billions of flying sponges and the smell is quite terrible. 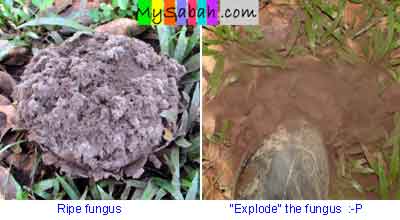