Wasp is a strange insect that looks like a combination of ant and bee. Unlike bee, it usually flies alone and looks harmless. Most of them are very bright in color (usually yellow or orange), which is supposed to mean warning. The end result – I was stung more often by wasps than bees when I was a kid. Even until today, I was attacked occasionally when I walked alone in the wood. The wasp below is in golden color. 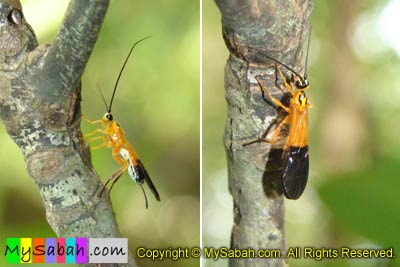 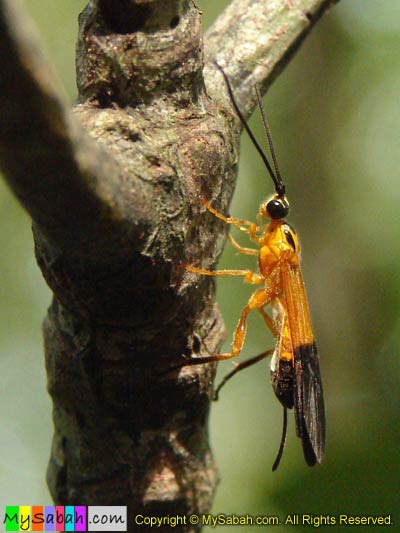 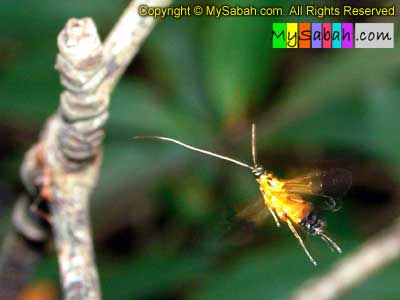 Parasitic-wasps are good mother but cruel predator. They paralyze their prey such as the larvae of moth and butterfly, by injecting it with venom via their stingers. The venom is only enough to paralyze the prey permenantly but will not kill it. They will then lay eggs inside the paralyzed prey. When the eggs hatch, the larvae eat the prey alive as food. Parasitic wasps are also used in agricultural pest control. Below are the pictures of a parasitic-wasp storing a paralyzed prey in the nest. 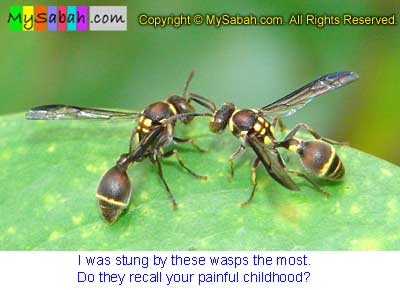