After saying I want it, I want it for years, finally I got my first DSLR! This babe costs me over RM3K, burning a big hole in my pocket, but it also opens a new hole to better photography. The moment it became mine, my heart was beating so fast that like I have became a father, so exciting. It is solid and heavier than my old wives (other camera). It is a 10 Megalpixel camera. To me, Megapixel is like susu, the Bigger, the Better. But I have many other reasons to go for a SLR. If you are interested, you can read my love stories below to see how I changed my mindset. 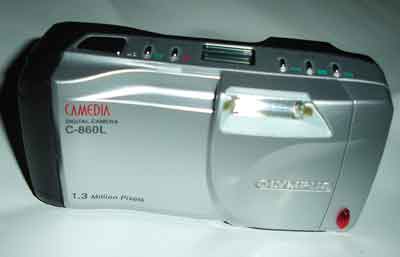 She only supported up to 1 MP (Megalpixel). I married her in year 2001 (cost RM800, 2nd-hand price). The photo printout only looks ok in 3R size. She is very slow and looked like a brick. The picture took 5 seconds to load in LCD playback preview. Everyone laughed at me when they saw her, so I decided to dump her. Later I would fly her on a kite to experiment aerial photography. At least she can die with glory. I am not kidding. 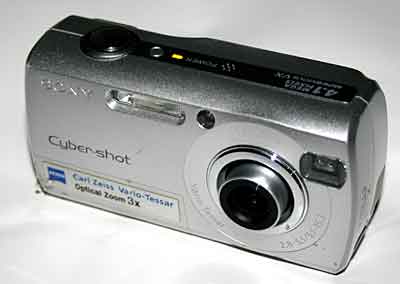 After 4 years, in year 2005, I found my second wife in a promotion in Centre Point Sabah. I took a long time to switch to 2nd camera coz I was totally not interested in photography that time. The main reason I bought it was because I planned to travel the “whole” Sabah, so I needed it to record my trip. This little RM699 camera changed my life. My interest grew when she helped me to win 5 photography contest. Then I started to share my photos online, the start of MySabah.com. Very soon I found that she could not satisfy me anymore bcoz of her limitation. For example, her 4.1MP photos also didn’t look good on A4 (8R) size printout. The WORST thing was – she didn’t have any image stabilizer, making most of my photos blur, extremely annoying and depressing to see this after whole day of hardwork. Her focusing started to shock shock liao, after taking over 30,000 photos. 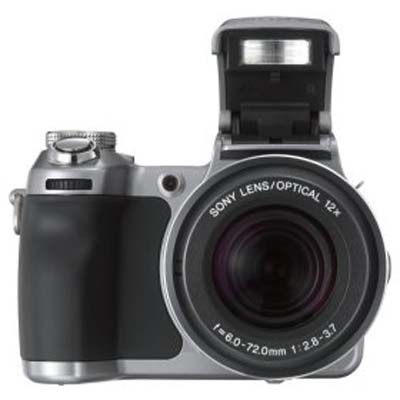 Photography has became part of my life. Being an ignorant beginner, I thought photos taken by low-end camera can match SLR quality (coz I won a few competition). Due to limited budget, I decided to go for prosumer camera in 2006. The RM1,800 Sony Cybershot DSC-H1 attracted me coz it was one of the first camera with built-in 12x optical zoom, very useful for me to take photos of stage show from far away. Another reason was – I already stucked with Sony Memory Sticks. Disappointedly, this camera only helped me to win 1 consolation prize. It could fulfill my needs most of the time. But I could not stand that her excessive noise appeared in photo taken with ISO400. She is also very slow in focusing and flash recharge (6 seconds waiting time), causing a big frustration in photo-shooting beauty pageant and model show. I got serious with photography and studied more about it. At last I realised that I needed a SLR for better photo quality and performance. However, if coupled with a close-up len, DSC-H1 does a marvelous job in photography small objects. Its outcome can even beat SLR that with only basic kit. So I will spare her life. I estimated she has taken over 50,000 photos. She is on MC now. 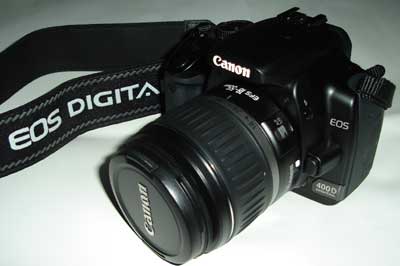 My true love, purchased on July 21. At first I worried that it would be too advance, coz SLR needs you to make more decision. But I find its interface very user-friendly and easy to operate. All the important setting such as ISO, Exposure, WB, metering, AF point, etc. can be accessed quickly, and loads of other features. It is also OK to know nothing, just use the auto-mode and it will choose the right setting for you most of the time. Its speed and performance are many times better than all my old camera, which are more like toys. 3 photos per second normally and 1 photo per second with flash. The shutter sound of SLR is the greatest music of the world. I regret I didn’t buy it earlier. The only complaint is I have to use viewfinder to take photo coz it has no preview screen. Its metering doesn’t work very well for subject with backlight. 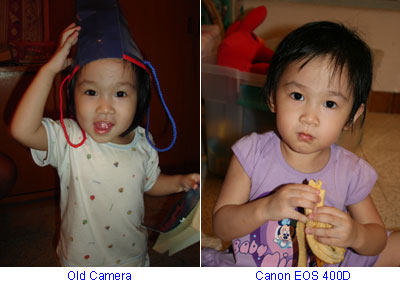 Just to list one of the things I like. In the past, there were a few friends who requested me to take their wedding photos. I didn’t dare to take the job coz I knew my old “half-blind” camera would produce something like above at the left. See the problem? The front is clear, but behind is all dark, due to the ISO400 limit. With such outcome, the wedding photos would look like funeral. The picture at the right, taken by D400 under same light condition, looks closer to what our eyes see, coz of better light sensitivity. Well, now is still our “honey moon” period, everything seems good. Hopefully no more issue later.

2 thoughts on “My New Wife”