This is a common animal lives in mangrove mud and river. I only saw it once in the wild decades ago. I have been visiting KK Wetland Centre since year 2005, but this was the first time I saw it there, though I expected there should be many of them. If you look at the photo below, you will know why they are so hard to spot. It was covered in mud and moved slowly. 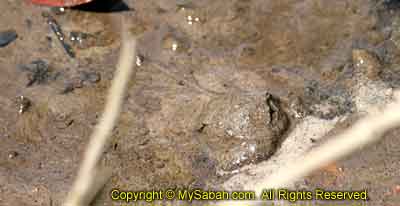 After washing off its soil with water, you can see that it is so cute. This is a baby horseshoe crab only as big as a 20 cent coin. Though it looks like crab, it is more closely related to spiders. 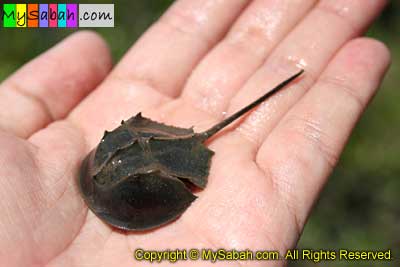 When I turned it over, it tried to use its tail to flip its body. Don’t worry. It won’t use its long and sharp tail to poke a hole on you. 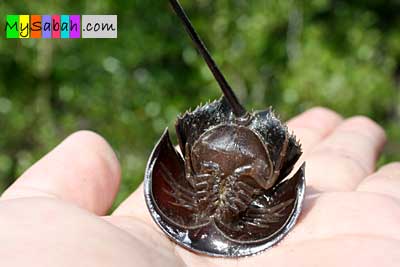 After the photography session, I released it unharmed back to the mudflat. 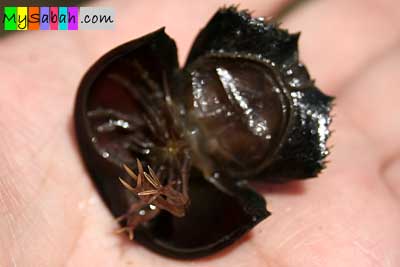 Scientists call horseshoe crab a live fossil coz it has existed for over 400 millions years. Its blood is in blue color (you curious guys please don’t kill it to find out ok), also making it sounds like an alien. I heard that its blood is highly priced (US5,000 per Litre) due to its medical value. Someone even farm them. 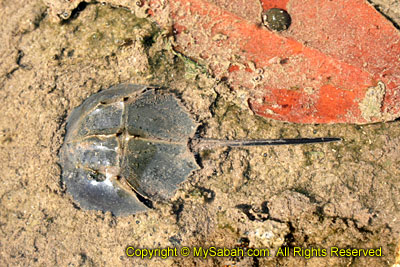 The horseshoe crab can grow as big as a plate. I don’t know if it is a vulnerable species, but I know the villagers live by the seaside like to catch them for meal. I wonder how many can survive up to that size. Hope they will not really become a fossil in this century. 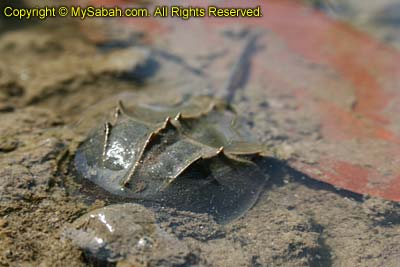 Many years ago, I found a beautiful big skeleton (shell) of horseshoe crab at Tanjung Lipat beach. However, my family called it ugly and disgusting. They threw it away when I was not at home. 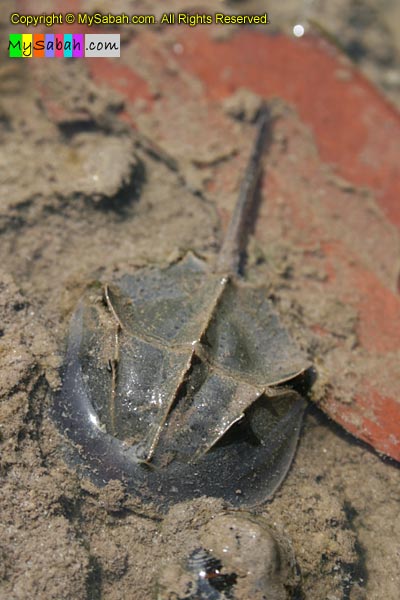 The mud skipper was checking out the horse shoe crab. I heard that horseshoe crab got 10 eyes but I could not see them.. 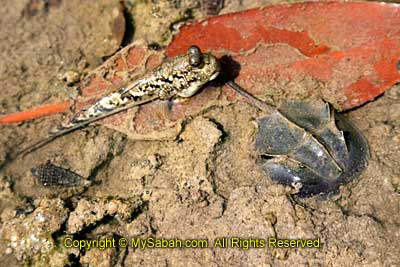 You can even buy it at Tamu (Native Market) of Kota Belud and other towns. They say it tastes like crab. Its gall contains poison so you need to remove it before consumption. I am not interested in trying though. 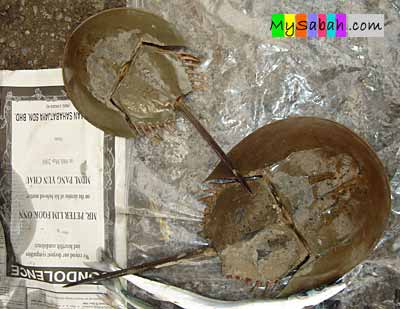 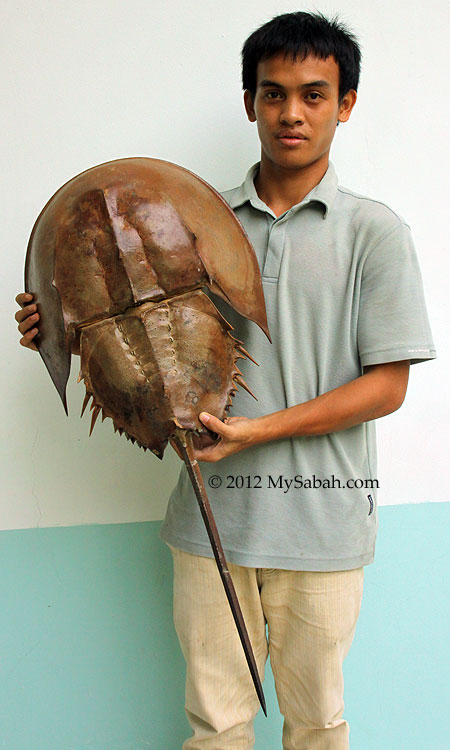