Is it a leech or slug or snake? I saw this unknown creature appeared at least twice in the newspapers. People seem to be bothered by this slimy worm that has a head looks like hammer. A smart ass reader even said it was a “wire snake”, making me chuckled a little. Actually it is a land planarian, also known as hammerhead worm or shovel head worm, it is something very common in countryside.

Hammerhead worm is harmless to human. When I was a kid, I picked it up once (I grabbed ANY bug when young) and found that it was very sticky. It likes dark and damp area, and the best time to find them is at night or early morning. You would see it gliding on moist surface such as wet soil and leaves. Its body is long and flat, with narrow stripes, and can grow more than 30 cm long. Wherever it goes, it will leave a slimy trail behind, like snails and slugs. 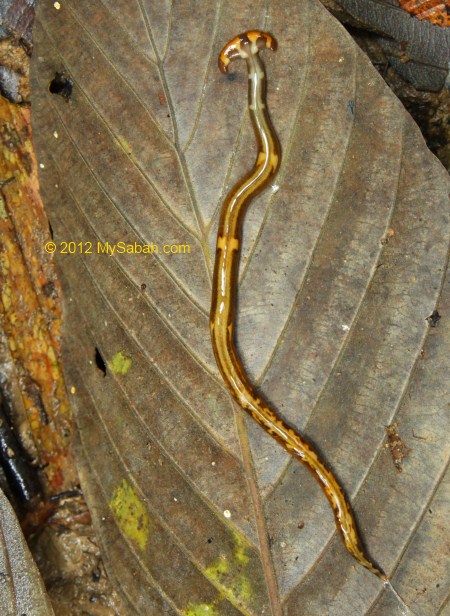 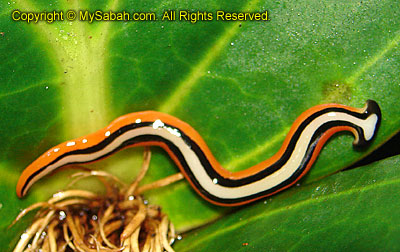 Hammerhead worm is native to Asia. However, it spreads to all over the world as far as USA and UK, through the pot of plant. The common species is dark brown in color, like the photo below. They do not have predator, probably because of their slimy flat body that makes them look like an awful meal. But they do feed on their own kind. You can’t kill it by cutting it into half, as it will grow into two worms. Just pour salt or vinegar on it to end its life, but there is little reason you want to kill it. 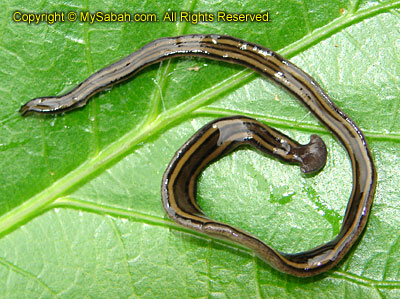 Hammerhead worm likes to hang around in garden, so you might think that it is a vegetarian pest which feeds on plant only. Surprisingly, juicy earthworm is their main diet, and they also eat slugs and insect larvae. When they attack an earthworm, they coil their sticky body over the earthworm, “melt” it with enzyme, then slowly eating it. Ill… I can imagine it isn’t a pretty scene. Their strong appetize for earthworm and ability to reproduce quickly pose a disaster to some earthworm farms. An expert said hammerhead worms once wiped out 3,000 lbs of worms in less than a week. 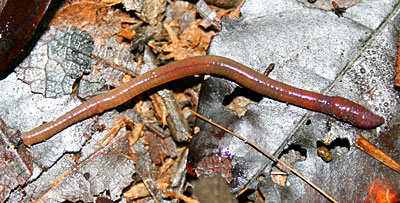 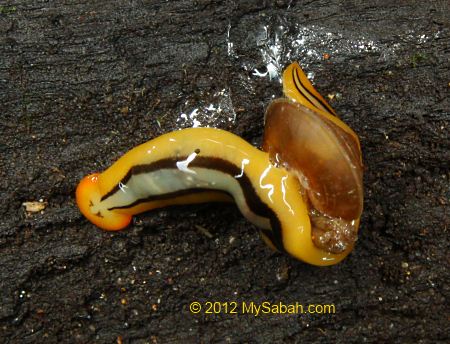 Above: land planarian preying on a snail

When I study more about it, I find that hammerhead worm is really an odd animal. It does not have anus. In fact its mouth is its anus and located in the middle of the body. Isn’t it cute? Keep it as a pet and your mom will be dearly impressed.