I like to take pictures of beautiful things. Of course cute children and animals are my targets. Sometimes it is not easy to get the photos of children, as many are afraid of strangers and run away. A good way is to talk to their parents / teachers, they will get their children to cooperate with me (sometimes this approach failed too). Even though they cooperate, their faces would get a bit of “fear” expression in the photo. To get better result, later I learnt that I better shave my beard and comb my hair, so I don’t look like “Uncle Goodfish”, which will scare them. 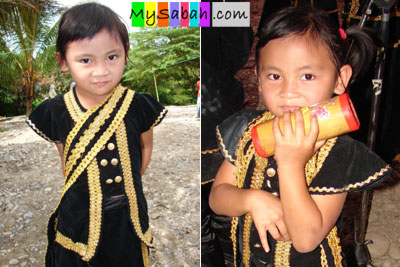 Seeing cute and talented children in action is even more exciting, coz the playful child + serious face create an interesting contrast. I saw two talented children below in Nunuk Ragang Ceremony last Saturday. The first one only a few years old and is the youngest member in a bamboo band. I also caught her performance on a video clip, when she played the bamboo shake in a “Jambatan Tamparuli” song. So cute. 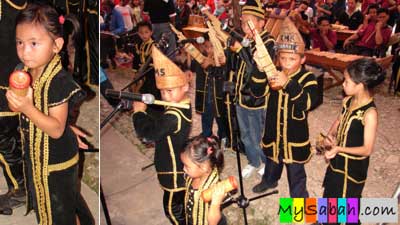 The second one, if I heard correctly, she is the Champion of state-level Sugandoi (singing competition). I think she has become an idol for the locals coz someone sold her photos there. Sorry lah, I was too concentrated in taking her pictures, forgot to take a video clip of her show. But no worry, I believe she will have her own music album in the future. No kidding. She only sang one song in the beginning. Her sweet voice and stylish performance deeply impressed everyone of us. WE WANTED MORE. Due to the overwhelming responses and encores, later she sang another two songs again, then was given a token of encouragement by the Big Heads. 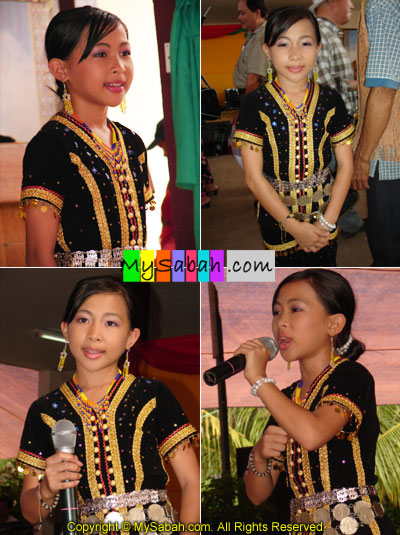 The young girls below are not children, but look like future Unduk Ngadau for me. 🙂 Also taken at Nunuk Ragang. 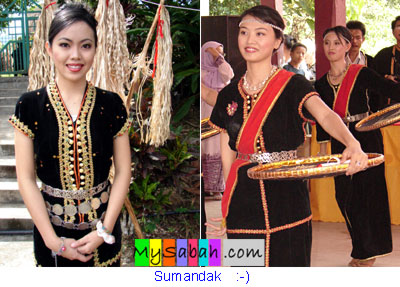 The Longest and Biggest Penis in Borneo