Remember last year I asked you to guess what were those people caught at Tanjung Aru Beach? This time I want you to guess another one. This happened at Sawangan Beach of Kuala Penyu.

One day I was wandering at Sawangan Beach and found two village women busy looking for something. I followed them and saw what they did. They used a long stick to poke the hole in the sand. I asked them what they caught. They showed me the THING and said the catch that time was not good due to the hot day, that THING didn’t want to eat.

Before you click the picture below for answer, make a guess first. 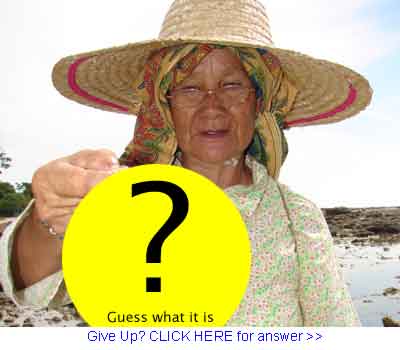 So… did you get it right? You should check out the video clip below to see how they catch the THING:

Sepilok Rainforest to Mangrove (part 2 of 4)

One thought on “Catching Something”