You think Mini-Buses are the worst transport in Sabah? Perhaps you haven’t gone to Keningau town. 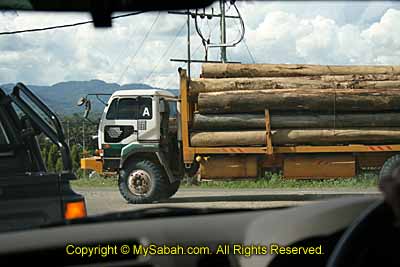 These overloaded lumber trucks are the common view in Keningau. They carry logs that can be twice as long (and heavy?) as the length of their truck. Tons of log are only secured by 2 steel ropes. 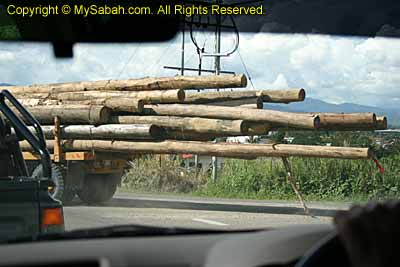 The logs are so long that whenever this truck makes a turn, the tail of its log can sweep the car on other lane or behind it. Just visualize a person carries a very long stick horizontally. Even if he turns slightly, his stick can whip someone by surprise. 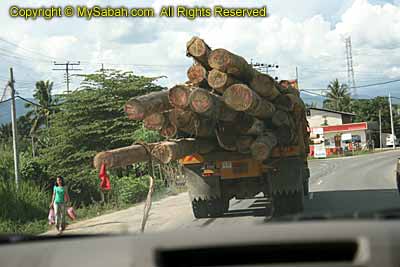 Such truck is clearly compromising the safety of other vehicles. They will be fined dearly if doing this in city. I have no idea why they can act like an outlaw in Keningau. Probably the Keningau police station is run by timber company. A little citizen can get saman (fined) for bad parking… So what is this? 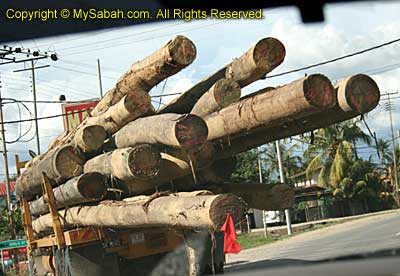 Bye bye stupid truck. In fact, the lumber trucks are responsible for many damaged roads as our highway is not designed for such heavy duty use. 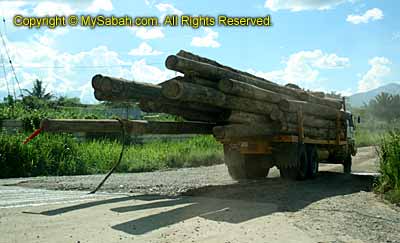 Not only overloaded trucks, you also can see dirty truck that have plate number totally covered in dust, like the oil palm truck below. 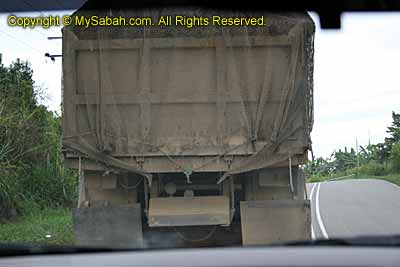 Well, this can really get you impatient, when you are behind a dozer in a double-lined lane. 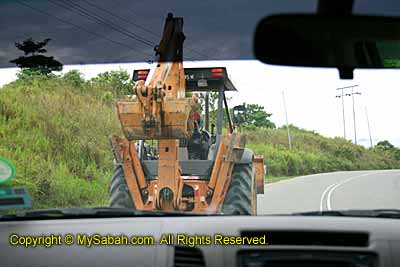