Do you know Sabah has the most expensive orchid in the world? 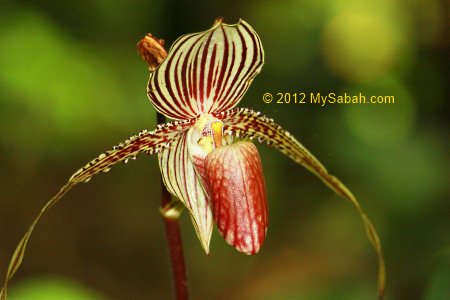 There are 3 reasons why Rothschild’s Slipper Orchid, “the aristocrat of all slipper orchids”, is so expensive: 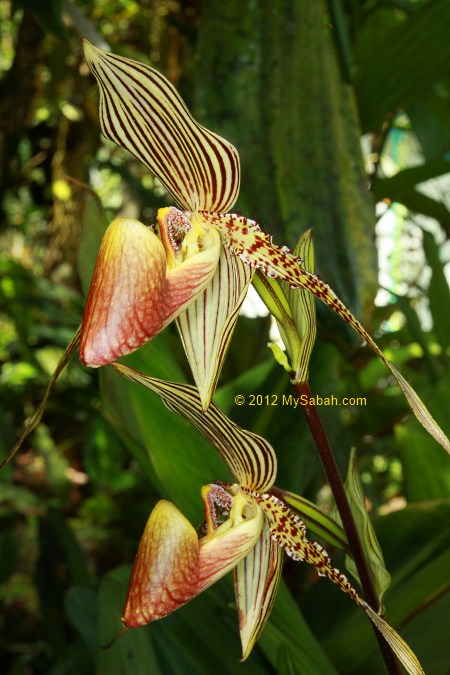 It’s also locallly known as Sumazau Orchid, because the long sweeping side petals of flower look like the outspread arms of dancer of Sumazau, the most popular traditional dance of Sabah (see photos below). 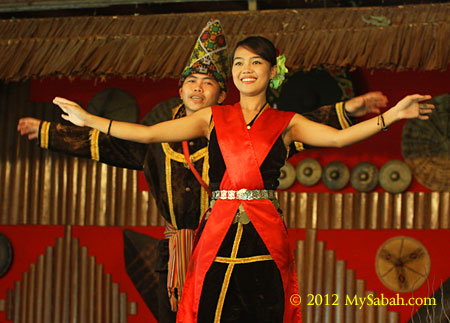 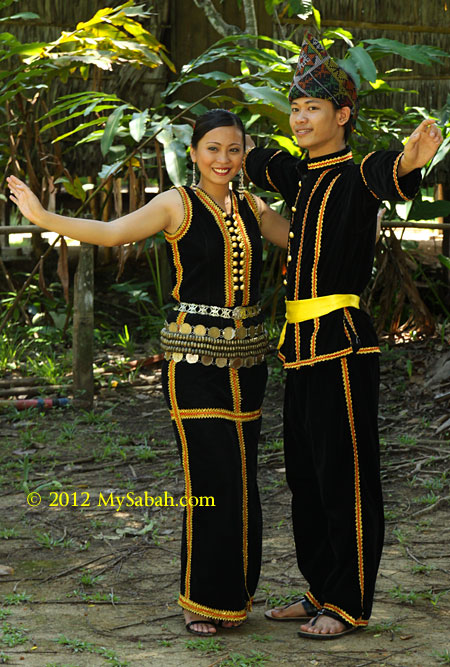 The stem of Sumazau Orchid can hold up to six flowers, but usually it is only 3 to 4 flowers. Someone told me that the flower of Rothschild’s Slipper Orchid in the wild has brighter red color. 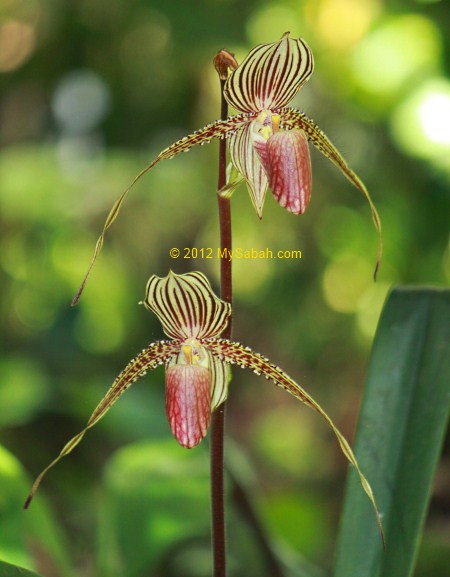 Due to its high value, it also earns the nickname “Gold of Kinabalu”. Rothschild’s Slipper Orchid only grows on the slope of Mt. Kinabalu between 500 and 1,200 Meters in altitude. Most local villagers and orchid smugglers know this and steal the flower, making them vulnerable to extinction. I know a ranger in Sabah Parks once fined a tourist RM1,000 for stealing orchid from the national park. 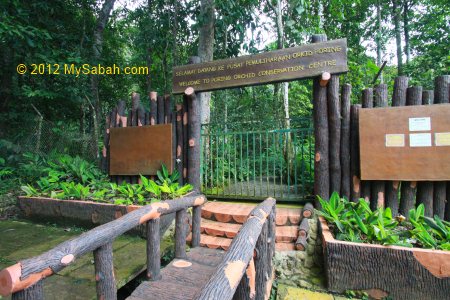 Well, though I can’t afford to buy Rothschild’s Slipper Orchid, I can afford to see it at Orchid Garden of Poring Hot Springs park for only a few dollars (Ticket Fee: RM5≈USD1.50 for Malaysian adult, RM10≈USD3 for foreigner adult). 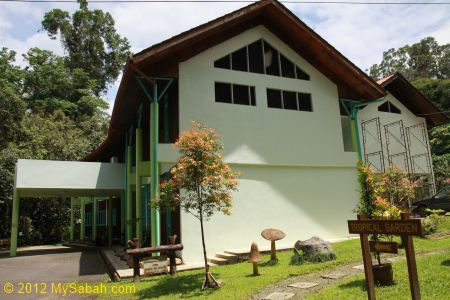 You can buy the ticket from Poring Conservation Center (see photo above) not far away from the Orchid Garden. The Orchid Garden of Poring is open daily from 9am to 4pm. 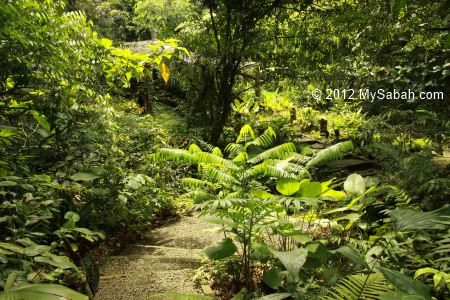 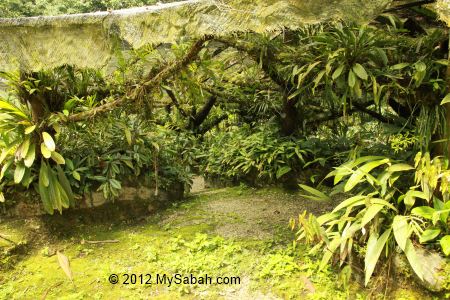 Besides the famous Sumazau Orchid, there are 600 orchid species in this garden, which includes other famous orchid such as Renanthera bella, Phalaenopsis gigantea, Phalaenopsis labukensis, Dimorphorchis rossii and Bulbophyllum species. 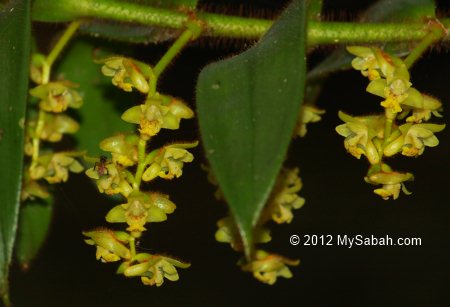 Most of the native orchids have tiny flowers so you have to search carefully. The garden is quite big, orchid lovers could spend a full day here just to look for different orchid flowers. 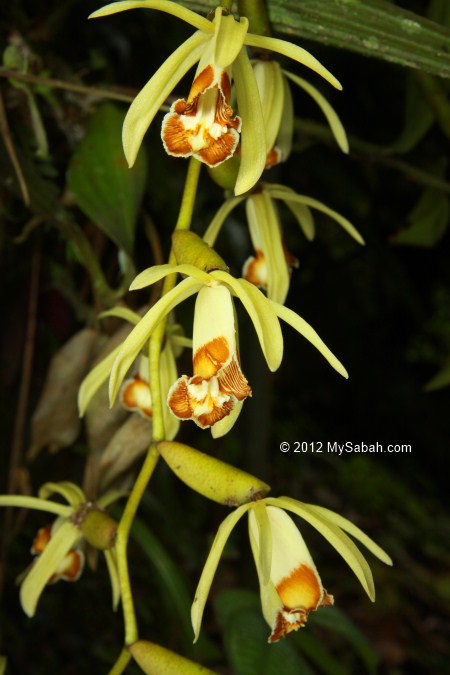 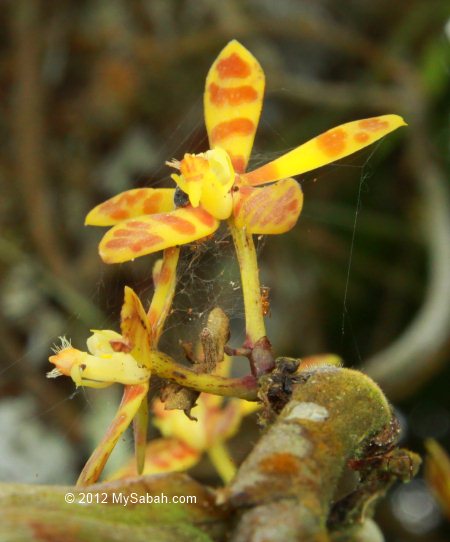 There is an estimated 2,000+ orchid species in Borneo, and you can find over 700 species (belonging to 121 genera) in Kinabalu Park alone, which is over 30 percent of Borneo orchid species. 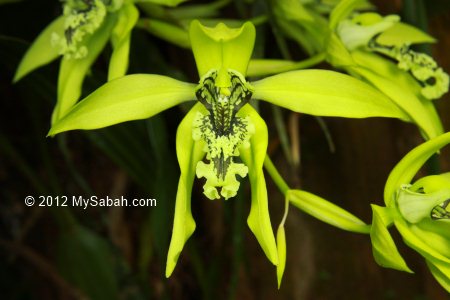 You may check out my photo album on Poring for more nice pictures: