This was the only day people were so happy to see garbage. I would say it is the dirtiest race in Sabah. To win, you have to walk in the smelly mud and pick up all the rubbish. The rubbish hunting is just one of the programme of World Wetland Days at KK Wetland Centre (formerly KK City Bird Sanctuary).

Wetlands means the area covered by water, for example, rivers, lake, mangrove forest, peat swamp forest, flood plain… World Wetlands Day, which falls in Feb every year, is one of the biggest international events for environmental organisations, to remind people to protect wetlands. Before you think that wetland conservation is not important and none of your business, let me tell you that wetlands are the sources of our drinking water, fishes, food and even tourism income (FYI, the long-nosed proboscis monkeys need mangrove forest to survive). Well, the rivers might flow as usual, but we can’t see there would be a ecology “desert” under the water, caused by pollution. 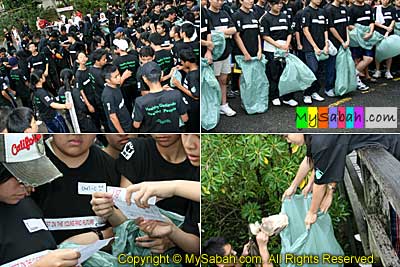 There were 47 teams, each with 4 persons, from 13 secondary schools joined the garbage collection competition. Like Amazing Race, they were given an envelop, which states the assignment they need to complete to move on to next round. Besides solving puzzle, each individual needs to collect a minimum 1.5kg of garbage. 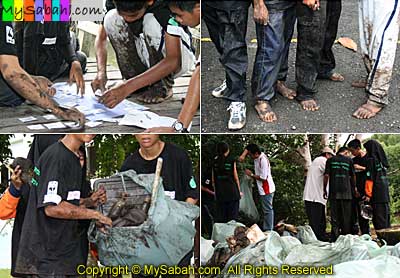 At the end, everyone was “overquota”. In an hour, nearly 300kg (47 teams x 4 pax x 1.5kg = 282kg) of garbage was collected. (Leaves, branches and stone are not considered as garbage in this race). I was so touched to see the students didn’t mind getting themselves dirty to clean up the
place. There are still hopes… 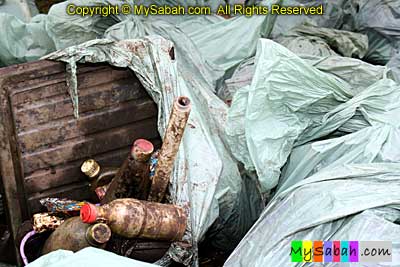 Do good to nature, and it will do good to us. Do bad to nature, and it will take revenge, if not now, it will do it to our future generation. We don’t need to take a training to learn how to keep our environment clean. The secondary textbooks already told us not to litter, so throwing junk everywhere is just a pure act of irresponsibility and selfishness as they won’t do this to their house. I had seen so many times the rubbish was dumped out of the window of *expensive* cars. I will be very pleased to see those riches and “educated” people are penalised to do social service, wearing the litter bug costume and sweep garbage on the street. I am seriously thinking of starting a new web site, which displays the car plate numbers of those litter bugs. 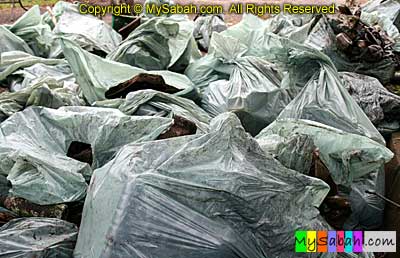 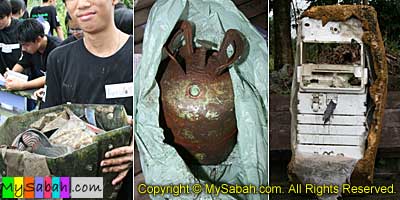