Say Hi to “Sumandak”, the first Pygmy Elephant born in Lok Kawi Wildlife Park. Everyone was excited about this 1-month-old elephant, the baby of “Limba” (mother) and “Rocco” (father). Too bad, her father “Rocco” was not around, otherwise I could take a family group photo for them. You will see her father, who got a big ???, in next blog. 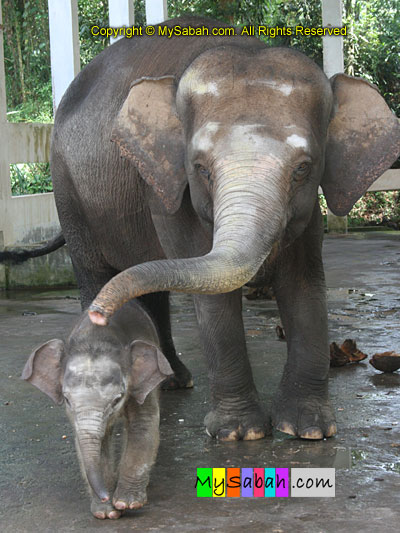 In case you wonder the white “make-up” on their faces, actually it was the paint from the wall coz they like to rub their faces against the wall. There was no blowing candle stuff for her full moon celebration. Both of them were given a few coconut, and we saw “Limba” opened the coconut for her daugther, such a warm moment… 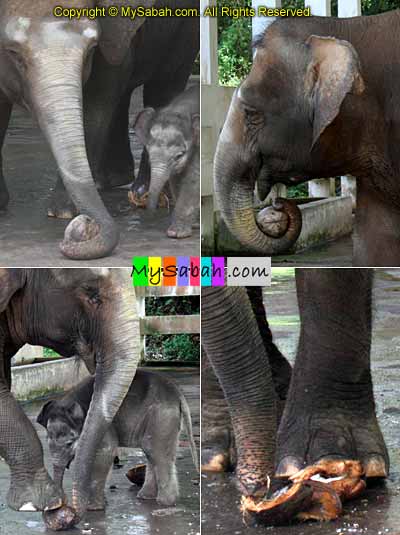 Sumandak is so cute, and she responds to the call of worker. I wish I could touch her, but we were asked to keep a distance away from them, as the mother elephant seemed a bit stressed to see so many strangers approaching. I took some photos of Sumandak playing and eating the coconut. 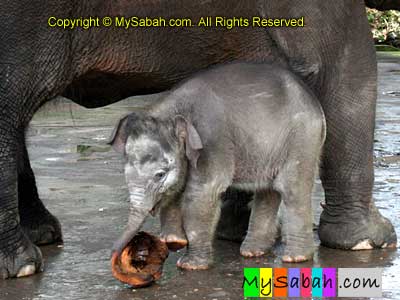 Both of them are kept in a special care area, away from the exhibition area. We were lucky to have a chance to see them in the 1st anniversary of Lok Kawi Wildlife Park opening day on Mar 1. The entrance was free and there were thousands of visitors flooded in. I arrived the park at 9am, but there were already only a few parking left. 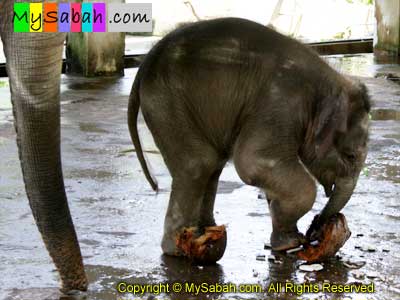 Her parents, Limba and Rocco are from the wild. Their names are the places where they were captured. After a Naming Competition, the word “Sumandak” was chosen for the baby. 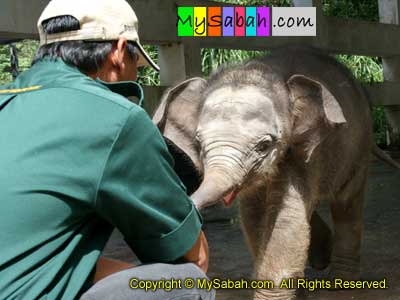 According to a staff there, elephant is the favourite animal of the visitors. The park even have elepant riding for the children on every Saturday. People love them. Hope we will have more of them born in the wild, not just in zoo.

Tabin, the Sanctuary of Borneo Wildlife