Not really a forest. I just took a walk in nearby jungle of Mai Aman, a Papar homestay centre, which is located 35KM away from KK city (you can see the sign at the left when you drive from KK to Papar town). Most visitors would be attracted by the fish ponds there, but I was very curious about the strange tall trees at the far end of this centre. 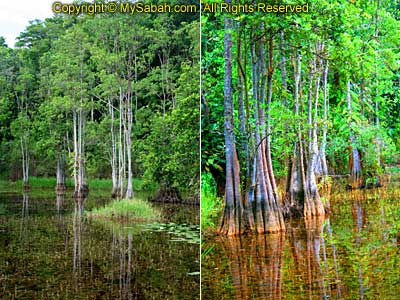 Actually those are mangrove trees. They also can grow in water or wetland, but they look very different from the mangrove trees that live in swampy area between sea and river. According to Uncle Robert, these are the more “inland” type of mangrove trees. The weird shape of their root helps them anchor firmly in the water. Odd but beautiful… 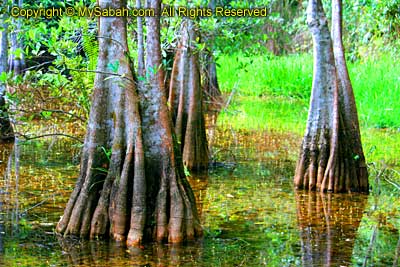 When I got closer to check them out, I found a nice pitcher plant grew next to one of the trees. I am not a botanist, so I don’t know its species. It looks like Nepenthes mirabilis. 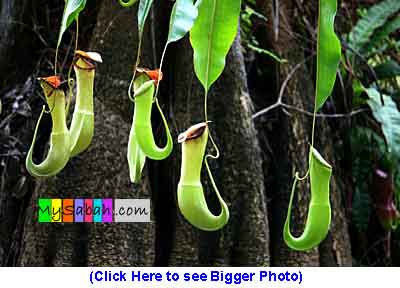 Mai Aman is also a place where we can relax and enjoy the freshwater fishes caught from the pond. I tried the Tilapia fish. Usually freshwater fishes got a bit of smell of mud, but surprisingly, I could not taste that. According to Uncle Robert, this is because the water of the fish ponds is from the fresh and clean stream from the hill nearby. 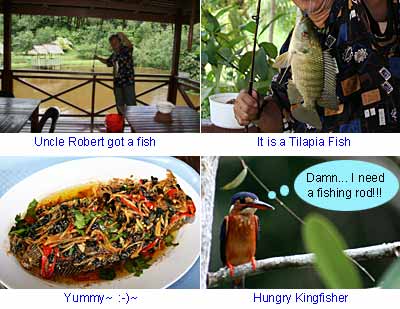 After lunch, I continued my jungle trekking at the hill. I was told that if you find fern in the hill, you could also find pitcher plant grew among (or under) them, but you had to be very observant. After nearly an hour of searching, finally I spot it. It got easier when I learnt where it grew, and I found 2 species of them. 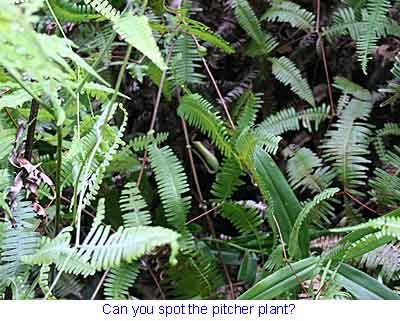 For me, it is far more exciting to see pitcher plant, than seeing them in the garden. There are 2 main types of pitcher plant, i.e. “Upper” and “Lower”.

Below is an example of “upper” pictehr plant. It grows on higher spot and usually slimmer. It feels like paper when held in hand (Note: I didn’t pluck any of them for photo-taking). I tried to look for its species name in the book but couldn’t find it. It could be a hybrid of two species. I am guessing only. 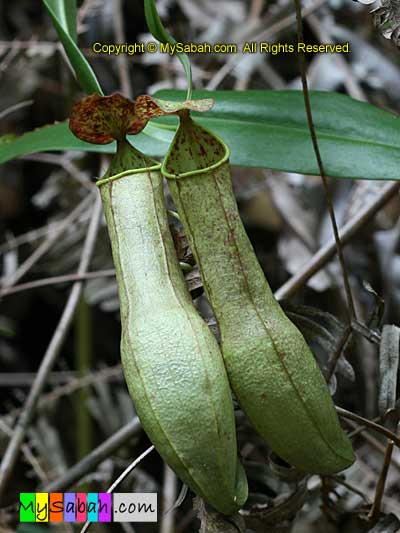 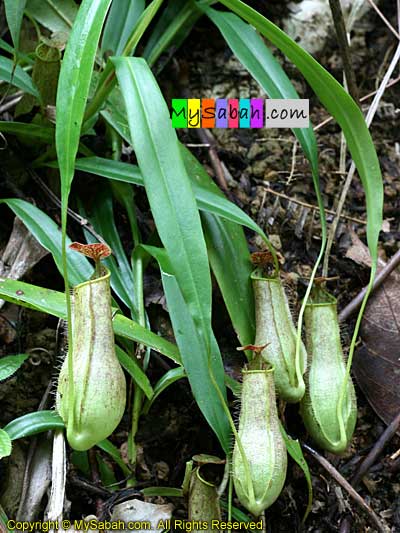