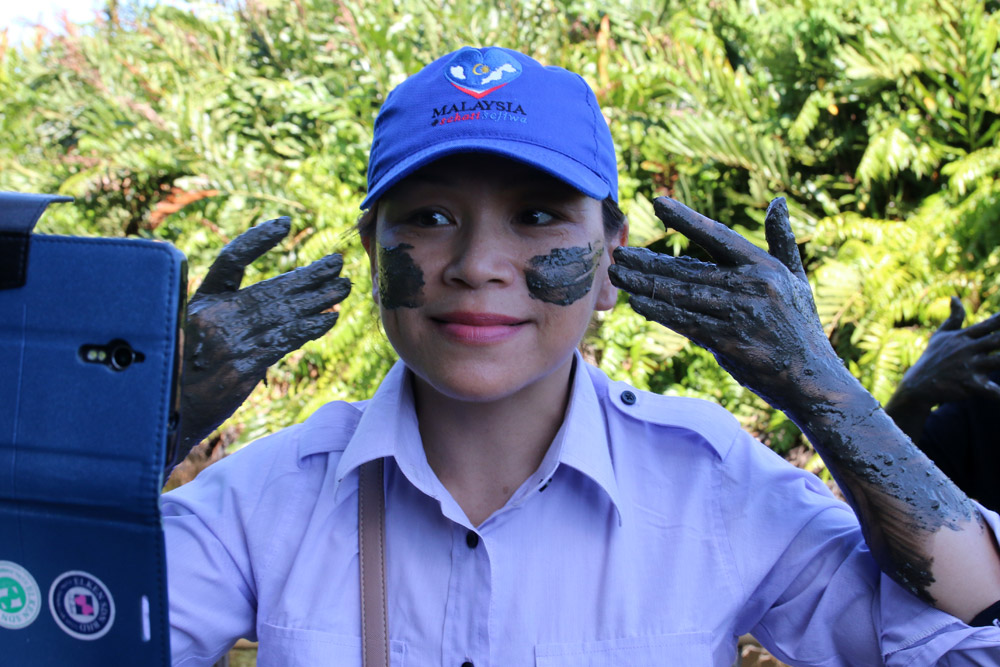 Real volcano is intimidating, but mud volcano is intriguing. Mud volcano is formed when natural gas builds up enough pressure in the earth’s crust to push mud, water and gases to the surface. It is found in many locations on earth and even on planet Mars.

Sometimes mud volcano can emerge at unexpected places. One of them is located on a knoll 5 Kilometers away from Kuala Penyu town (see Location Map), and believed to be connected to the same mud volcanic network of Pulau Tiga Island 18 Km away, an island created by mud volcano.

Though producing no lava, mud volcano looks like a miniature version of true igneous volcano, a little wonder of nature. Last month the operator of Borneo Kuala Penyu Homestay in Kuala Penyu brought me and other guests to an active mud volcano in Bakung. After 5 minutes of driving on tar road near Kuala Penyu, we turned to a junction with narrow countryside road that led us to a plantation half a Km away.

The following video shows you what we did with mud volcano:

We got off our cars and walked 30 Metres to a pond which is surrounded by trees and shrubs. I looked around but saw no volcano. Dr. Monih, our host pointed to the pond and said , “See the bubbling in the pond? It’s from the mud volcano.” Apparently the mud volcano is under the water.

According to the land owner, this mud volcano has existed since 1960s, and the pond seldom goes dry even during drought. This oval-shaped pond is about 35 x 10 Metres in size and doesn’t seem to connect to any water source such as river. Probably the water is coming from the mud volcano.

Then Dr. Monih asked a worker to scoop some mud from the pond. “Rub this mud on your face, and you will become beautiful,” he said.

He wasn’t kidding (though he laughed). This mud is rich in natural minerals that are good for skin and promote good complexion. People also believe it can soothe irritated skin and even cure psoriasis. A bath in mud volcano would heal some ailments such as rheumatism.

From what I read in a few research papers, mud from mud volcano consists of high concentration of Iron, Magnesium, Sodium, Calcium, and Potassium. Wildlife loves to visit mud volcano for “salt lick”, to get essential mineral nutrients for their bodies, just like human taking vitamin pills as supplment.

Mud volcano acts as “window” to see what are deep underground because it can transport gas, liquid, and solid particles from depths of several kilometres up to the surface. Therefore, it’s no surprise that the mud might consist of rare earth materials useful for a mud therapy.

The fresh mud is fine-grained clay in dark gray color. Perhaps the mud is from the pond, so it smells like decomposed organic substances of peat. I just applied some mud on my hands for fun. The mud is neither cool nor warm.

Some guests decide to take some mud back home. Sometimes mud volcano would give people more than mud. It is often associated with petroleum deposits. Therefore, if a mud volcano pop-up in your backyard, do celebrate.

We saw a few yellow papaya not far away from the mud volcano. At first I thought the fruit turned yellow because of malnutrition. Then they told me that it’s only found in Sawangan of Kuala Penyu (probably a mutant caused by soil of mud volcano?).

However, I didn’t give it a try *regret*. According to Dr. Monih, it is really sweet.

Other Mud Volcanoes of Sabah: 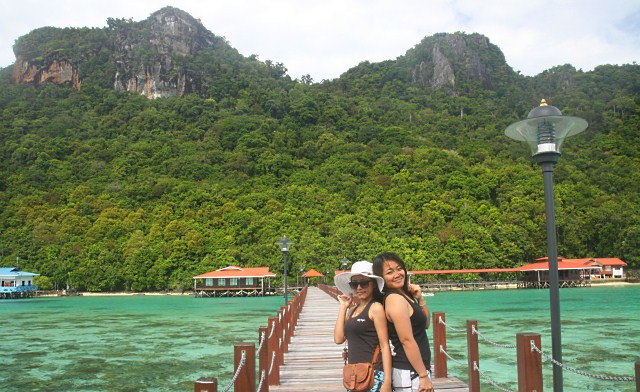 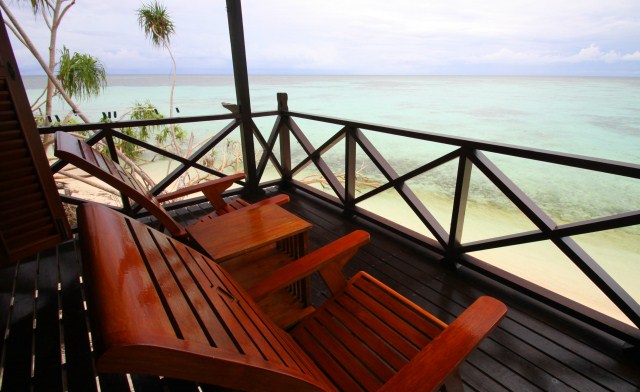