Anything that exists has a reason. Though most girls would not agree with me, bugs are cute animals, especially the flying cockroach. Whenever I walk in the jungle, I will try to look for bugs. Some bugs are colourful, some got many legs, some are soft, even some are poisonous.

Below is a photo of a Whip Scorpion (also known as Malay Scorpion). Look at its tail and you will know why it gets this name. To people who lives in Malaysia village, this is a common bug. If you walk near the wood of country side at night, you would see them. I don’t know what is the function of its whip (tail). Probably it uses it to whip its preys brutally until they die, so “SM”… 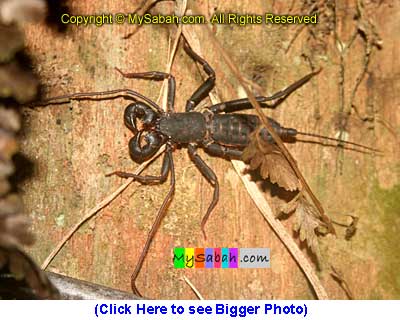 Moth is another bug that always amazes me. Don’t know if you still remember my photo of the moth that has Teddy Bear face on its wing? This one looks like a dry leaf. I guess it will evolve into a “real” leaf after million of years, since it likes to be a leaf so much. 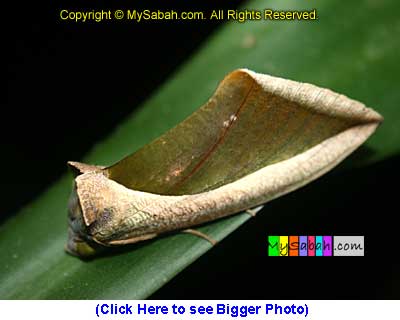 When I was a little boy, I used to look for those small little grey Pill Millipedes (as small as a pea) under the rock. Once alert, they will roll their bodies into ball shape. They don’t have long legs, don’t have spikes, don’t have poison, don’t have foul smell, don’t have camouflage, etc. to escape from predators, but they are “live fossil” that successfully survive for billions of years. When they turn into a ball, they will look like a medicine pill, which doesn’t look delicious, so the predators are not interested in consuming them. 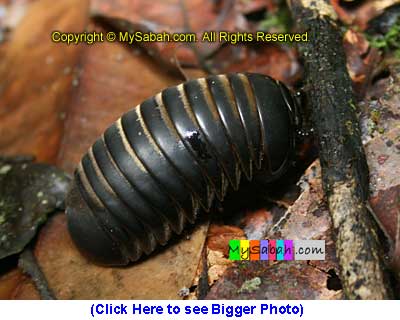 The Pill Millipede I saw in Tawau Hills Park is very big. This is the only “leggy” bug that I dare to touch so far. Touching centipede, tractor millipede, caterpillar…? No way.. 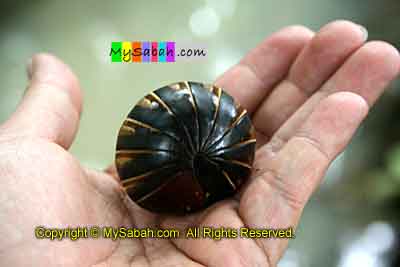 Monsopiad Village and House of Skulls