Someone showed me an interesting wasp hive inside a bush. It is so beautiful, like a piece of art… 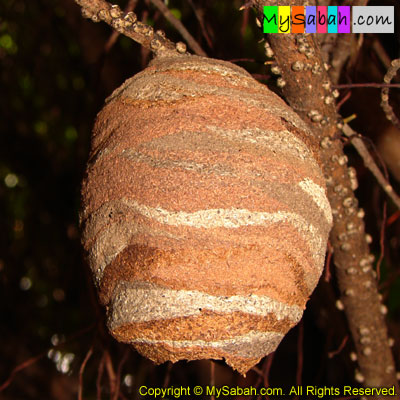 This hive has an opening at the bottom. I can recognise this bee hive is made by a large wasp (about 1.5 inch or 3.5 cm in length), which is very famous for its extremely painful sting. I even saw one of such hive that was as big as a basketball. I only know its name in Hakka is “soil bag bee.” 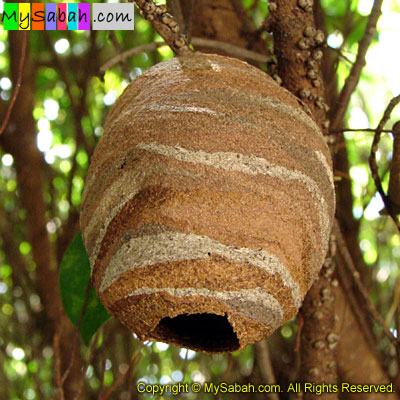 There was no wasp resting on the hive, so I assumed it was an abandoned nest. Probably I was too excited during photo-shooting, so I touched the branches. Then I heard a loud “ZZZZZ! ZZZZZ!!!….” sound from inside the hive. Before I could decide with my brain, my body instinct already sensed the danger and fire an reflex action to make me jump 20 feet away. Then the angry resident came out. Even people first time seeing this wasp would know that it is a bad idea to mess with it.

Personally, I never saw this wasp feeds on flower. Instead, it likes to eat dog shit and dead animal bodies. If you see a rat or bird lose their eyes shortly after their death, usually it is eaten by this wasp. I don’t think they produce honey either. Even if they do, I don’t think you want to try, right? 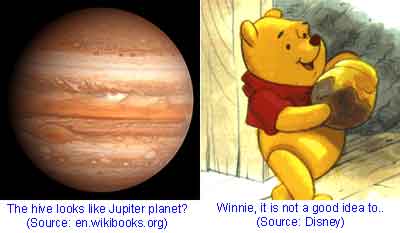 Birds of Sabah (B)

2 thoughts on “Scariest Wasp of Sabah”