I got the forwarded e-mail below from friends. At first it started as one story, then the recent one got 3 now. I think these are true stories coz I had heard many mentioned the similar things, so I just post it here FYI (the name of the “victims” are removed). If you got any bad experience, you are welcome to share it here. Hopefully our voices will be heard and someone will do something about it.

I have received a forwarded email a few weeks ago, about ???’s experience, who is from ???. Since my sister in-law, ???, had bad experience on immigrants on the streets in KK, here’s her story (below). My uncle, husband and I had also experienced the same thing.

One time we parked our car near Upperstar area, and a group of kids and a teenager was following us and after we got into the car, two of the kids were trying to open our car doors. It was scary especially if I was alone that time!

We think that Sabah Tourism or the Government should seriously do something about these problems. We must stop them from bugging us and the tourists in the streets, before something bad happens one of these days.

Sabah Tourism and the City of KK need to seriously do something about the mess around the Hyatt (Shenanigans) and Upper Star. After reading the email about the two ‘immigrants’ who opened up your car door I feel i should relay my own personal story. On two separate occasions I visited the the Upper Star area and parked my car and both occassions there have been children hanging out there, from the ages of about 5 to 13. They stand around sniffing glue and harrass passers by. They particularily prey on women and tourists. On both occassions as I was walking back to my car with another girl friend we were surrounded and followed to our car. When we refused to give them money they flashed us. When we got into the car they proceeded to lean against the window and rub their naked parts on my window. It was disgusting and frightening.

The next time, almost a year to the day, again I was parked down there (where else to park?) and again the boys followed us to the car. Except this time they tried to get in the back seat and while my friend ran to chase them off another young one try to grab her purse that had fallen in all the chaos. We were both very shaken. I went to the Wine Bar later and complained and they seemd to laugh it off. How can they expect to make business there if it is not safe for their customers.

I watched from the balconey as the boys continued to harrass other tourists next to the Hyatt. Is this how Sabah Tourism wants to show Sabah? It is a scandal that nothing is being done to clean up the area, especially one that is visited by many foreigners and visitors to the city. It is embarrassing that KK city doesn’t seem to be doing anything and there was even a story in the newspaper the very next day about the mayor or whomever congratulating himself for cleaning up the city, that the city was officially a safer place due to some action or other. Well, I have not seen any difference.

One other incident occurred in broad daylight next to the water front area, across from Marina Court Apartments. I was walking on the sea side, after the market, when a group of young boys approached me and asked for money. When I said no they began to grab me inappropriately and again flashed me. I slapped one very hard trying to scare them and walked hurriedly to the road. They then began to throw rocks at me. In broad daylight! And nobody stopped to help me and nobody came to my rescue. I was extremely shaken and scared.

Sabah Tourism and the city of KK (governement and local businessess) MUST act on these complaints. How can the city be a major tourist attraction for Sabah if this is what it welcomes it’s visitors with. Time to act and do something about it instead of pretending the problem does not exist.

My girlfriend and I was driving along the Centre Point way (Public Bank side) heading out towards Promenade hotel on our way home. We had to stop at the traffic light. To our left was the construction site of the new shopping complex and to our right Le meridien hotel. A group of immigrant looking men pass by our car, and try to open the backdoor of our car. Thank God we locked the car. It was about 10 ish at night. Having experienced this myself, I would like to urge you to immediately lock your car door once you are inside your car, as a safety precaution. 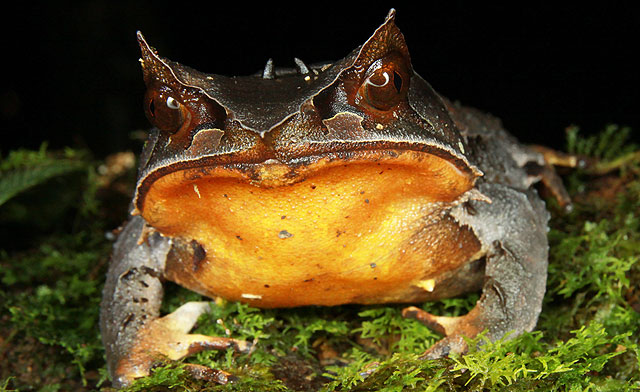 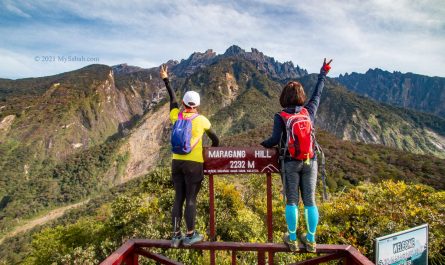 Why You Should Climb Maragang Hill