I had seen paramotor many times on TV and admire the freedom they have in sky. I even imagined to fly like them by sticking a big ceiling fan on my back, lol. Well, it’s just part of my childhood dream to fly like Doraemon. Last Tuesday I had the opportunity to see paramotoring in real life, at Likas Bay of Kota Kinabalu city. 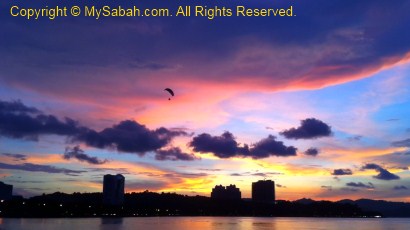 What makes it better is the show was performed by Pavel Březina, the World Paramotor Champion. Paramotor is a serious flying device, and someone had used it to fly over Mt. Everest. Though paramotor is new to Sabah, it has been a popular sport in Europe and America for many years. 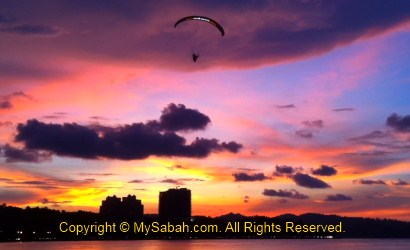 To see paramotor in action, I was already waiting enthusiastically at the venue before 6pm. But the show started at 6:30pm. Later I was told that the organizer was waiting for the dusk because they have installed LED on parachute and paramotor for special effects in the dark. 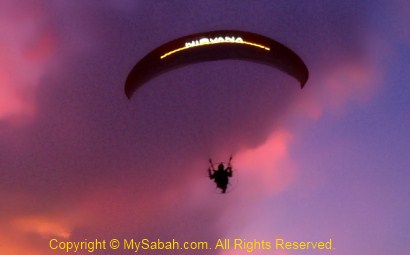 With beautiful sunset as backdrop, the paramotor show was really entertaining. I was really impressed. 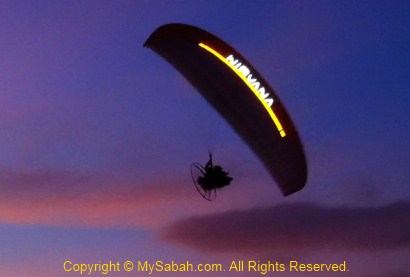 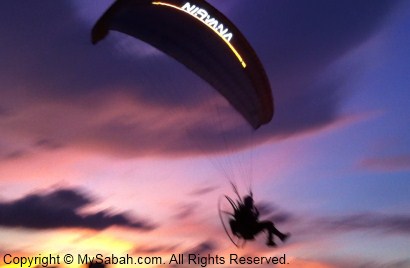 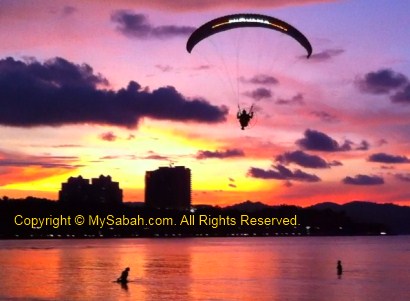 Nirvana is the name of paramotor maker. Currently the paramotor training is based on Kuala Lumpur. Hopefully they will setup a base in Sabah too, so more people can enjoy this sport. FYI, to be a paramotor pilot, you need to take 1-week training in KL, the fee is about RM3,000 (about USD1,000). You don’t need to buy a paramotor. If you plan to own one, it is about RM75,000 per set and weight about 27 Kilograms. 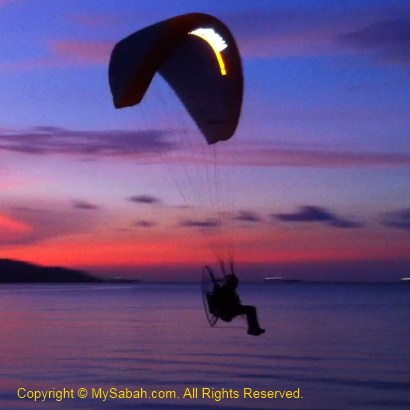 Pavel Brezina was doing a number of amazing paramotor stunts which look impossible, kind of reminding me the maneuver of fighter plane during WW2 dog fight. You may watch the 4-min video below: 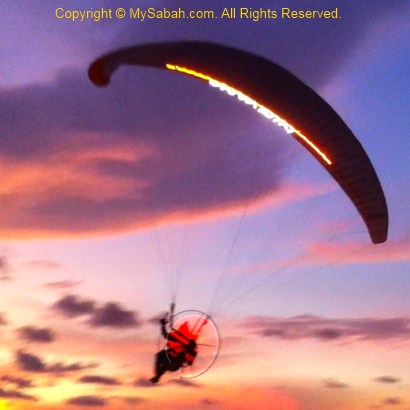 Pavel is here to train and assist two Sabah photographers, namely Cede Prudente and Jonathan Tan, for a quest to photo-document Sabah from the sky. Their mission will be filmed and broadcasted on Bio Channel, probably before Christmas. 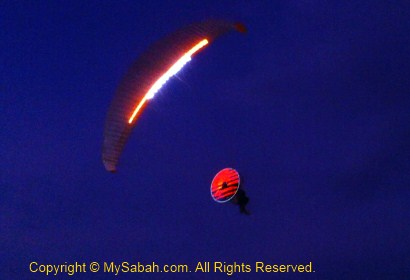 Basically the paramotor also can fly like paragliding. Only that it is powered by propeller engine to do faster and more complex maneuver. If the engine breaks down, the pilot still can paraglide with parachute and land safely. That’s why paramotor is also known as powered paragliding. 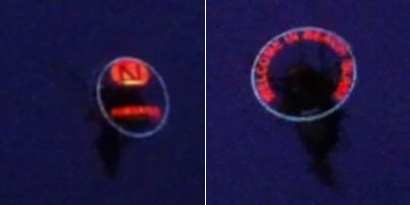 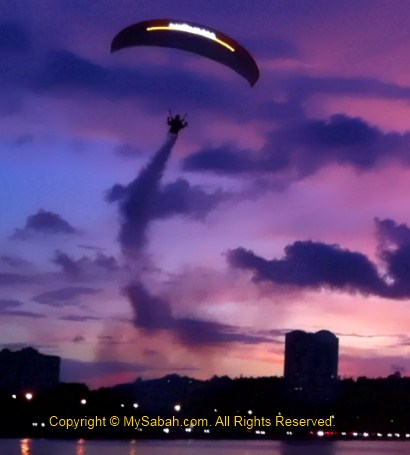 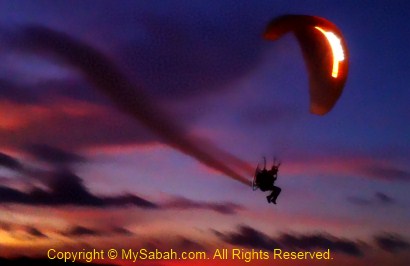 In average, you can stay in the air for about 2 hours and it is really a great tool to take photos from the air. If I’m not mistaken, they had used paramotor to fly over Mt. Kinabalu. 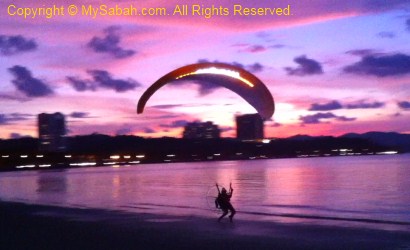 However, as paramotor can reach a few thousands Meters high, pilots need to get permission from DCA (Department of Civil Aviation) before they start a flight close to busy routes of airlines. DCA will inform other planes that you will fly near their routes, to avoid accident. To try paramotor in Sabah, you may join the Sabah Paramotor Club. 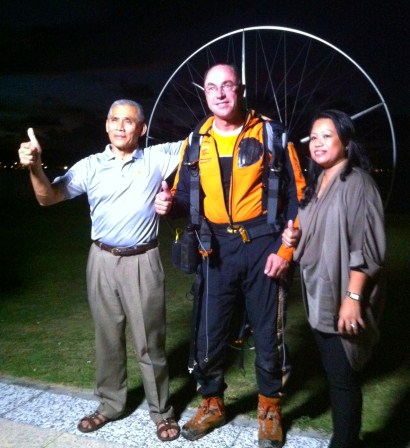 Above: a group photo with Pavel Březina after the awesome flight show.