Anyone know what are the things in the photo below? I saw them hang in the house of this village.. 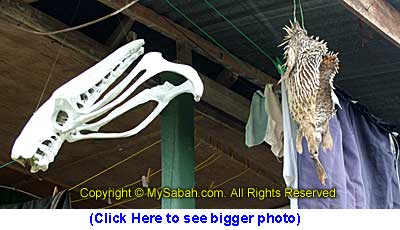 The guides took me to take a look at the “modern” longhouse in Lajong Village. This longhouse was built during the time Sabah state ruled by Berjaya Party. They call it modern longhouse because the structure is quite different from the traditional longhouse of Rungus people, though both designs look alike. This is just one of the many longhouses like this in Kudat. 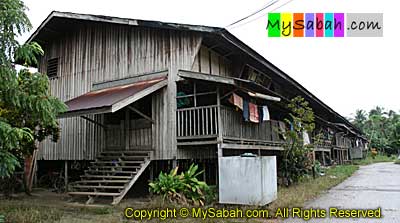 First, this longhouse is not totally built from wood. They use zinc material to make the roof. The locals say many trees and forest are cleared for development. Without the tree as wind shield to block the strong wind and storm, their houses really need stronger structure. 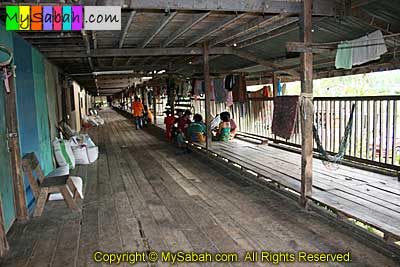 And it is taller and longer. I guess it is about 100 Metres from one end to another. The building has 2 levels. The guide showed me around. I saw some residents were socializing outside. At first I was a bit hesitate to take their photos, and I thought it was rude to take photos in private area. The people there would think tourists like me view them like an animal in the zoo cage. The guide told me it was perfectly alright and she was right. They are very friendly and don’t mind to pose for a shoot. 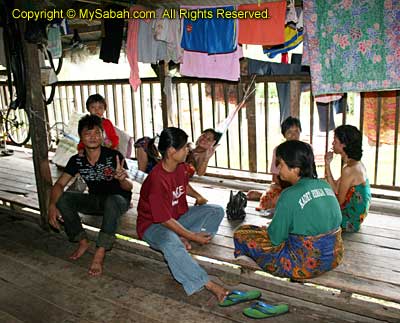 There are over 30 families living in this longhouse. They even have a grocery store in here. 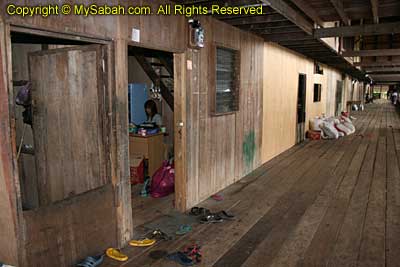 Just drop by to say Hi and take a photo, then exit without buying anything… 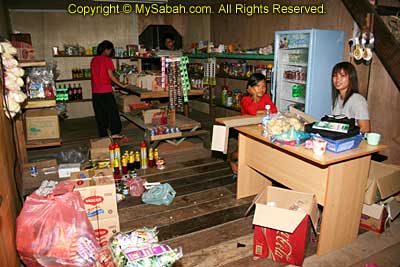 Another thing that amazes me is all the “apartment” does not close the door. When I pass by, basically I can see them watching TV, sleeping, eating, and doing other private businesses inside. Personally I am not that open. I will slap the door at their nose, if I find someone are curious about my living room. Everyone looks so free and relax, even the dogs. 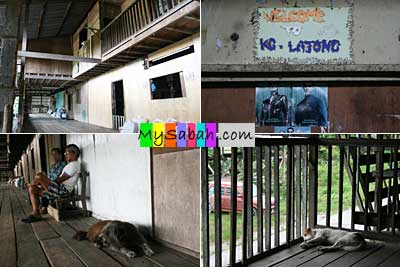 One of the apartments is preparing the rooms for homestay (see photos below). They even have refrigerator and TV. 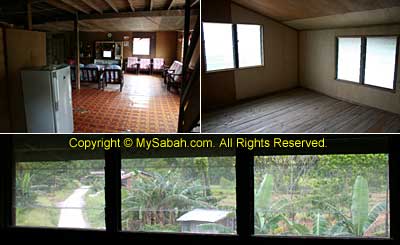 There are still two more blog about the Misompuri homestay. Sorry for being slow on update. I have been sick for 2 weeks. Need rest badly as my brain does not function very well… Later.