I got less than 2.5 hours to update my blog. Here are some photos of Dragon Boat Race 2008 taken on 15 Jun 2008. Haha… so late.. Now I am trying to post backlogged old entries as fast as I can, coz new photos still keep coming in. On that day, I found a few Chang’E (Moon Goddness in Chinese legend) there. Probably they are bored with moon cake and wanted to try some rice dumpling instead.

Many Chinese believe that the origin of “Duan Wu” or Dragon Boat festival and dragon boat is to remember a great patriot poet (also a government minister) named “Qu Yuan” who loved his country so much. He was extremely depressed and helpless to see his corrupted country was invaded by foreign force, so he committed suicide by jumping into the river. The people heard the news, so they threw the food into the river to feed the fishes, hoping that the fishes would not eat his body and also an offering to his spirit. They also splahes the water with paddles and beat the drum, trying to scare away the fishes.

But the Duan Wu festival had already long existed before that tragedy. The festival is more closely linked to religion ritual practiced by the people to (1) worship the dragon, or (2) avoid diseases in mid-summer. There are many other theories as well. When the China historians were still debating whether the rice dumplings were for the Dragon or Qu Yuan, South Korea has gotten UNESCO to acknowldge Duan-Wu Festival as the “Intangible Heritage” of Korea. Goodness, it is our (Chinese) turn want to jump into the river, such a tragedy. 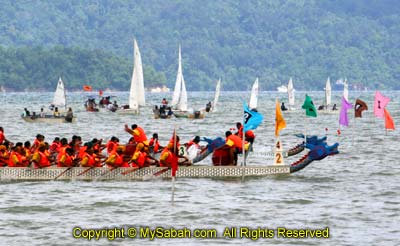 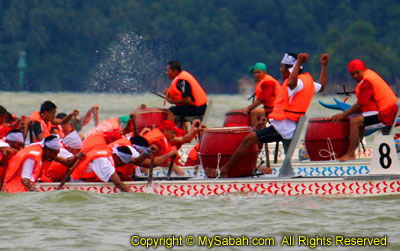 Hope people will always remember who is Qu Yuan. If you ask others what is Dragon Boat Festival about, many would tell you this is the festival “to eat dumpling”, and Lantern Festival is the festival to eat moon cakes. As a matter of fact, many festivals and celebrations have lost their traditional meaning today. Christmas is the most affected, as it has only becomes an excuse for shopping and party, the time when many got drunken and got laid, totally forget who is Jesus, even my Christian friends also really concern about the lost of identity of Xmas.

The capsize… probably the dragon was angry. 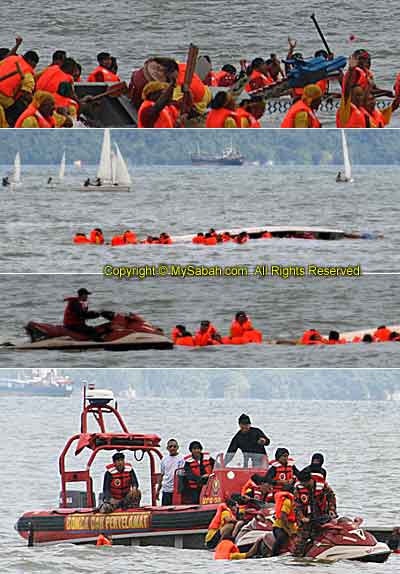 Someone was bored… I like this shot coz the meaning is so obvious. 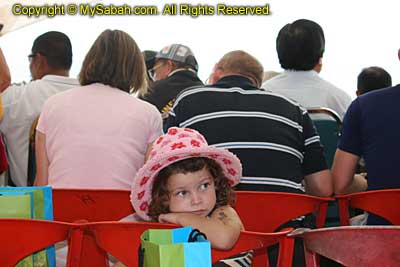 Things to do in Telupid, the Heart of Sabah