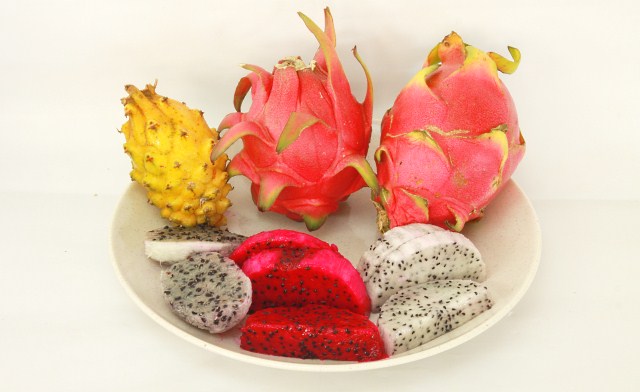 Dragon Fruit (or pitaya) is one of the favorite fruits of Malaysians and has been planted commercially in Sabah for some years. It is only recently I learn that, besides the two flavors, i.e. white and red flesh, our dragon fruit also has the “third”, and best, flavor. 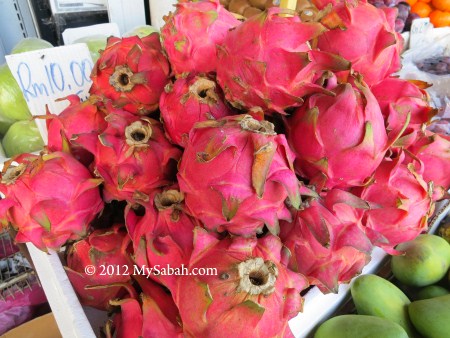 Pic: the brightly red-skin dragon fruit is a familiar sight when I walked around fruit & vege shops 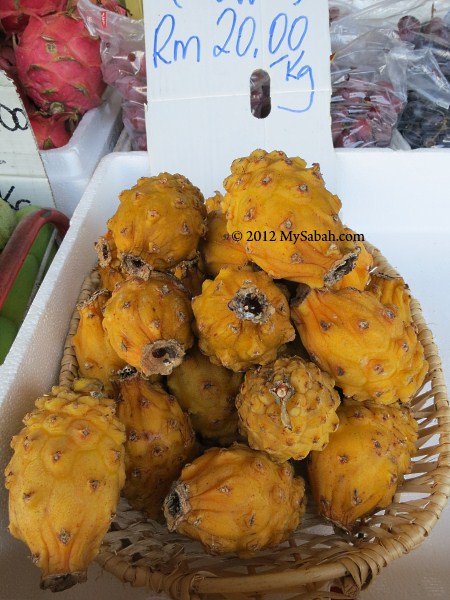 One day I saw some yellow fruits next to the red dragon fruit. They are small and ugly, but they cost twice more than the normal dragon fruit. Then someone told me that this was a yellow dragon fruit planted in Keningau district. They are only available in small quantity so people don’t see them often. 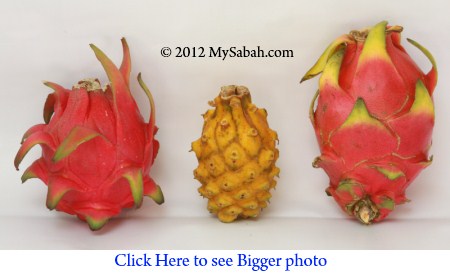 Also known as Pitahaya blanca, its skin is red and the flesh is white color. 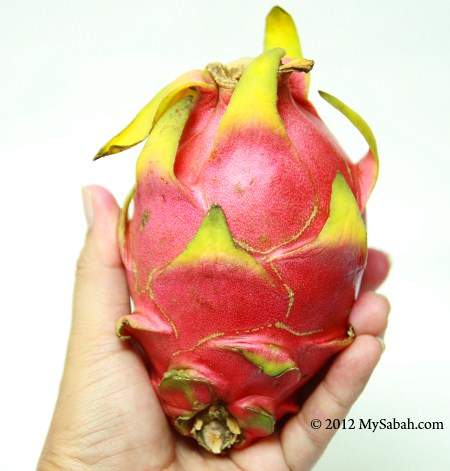 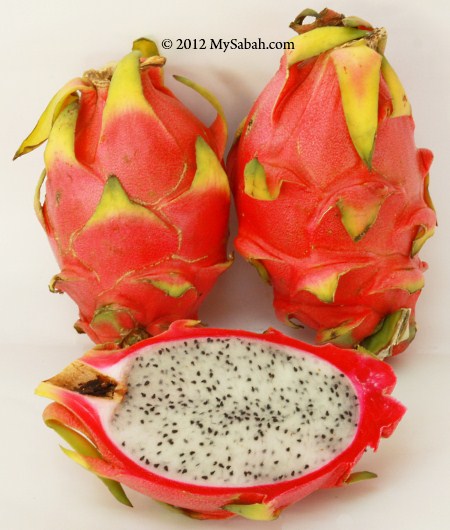 It’s also called Pitahaya roja, its skin is red too, as is the flesh. In photo below, you can see it has round shape. 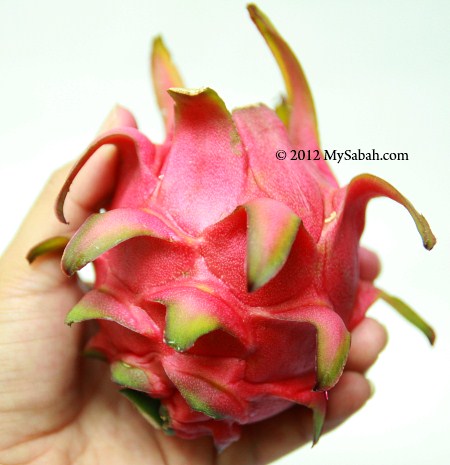 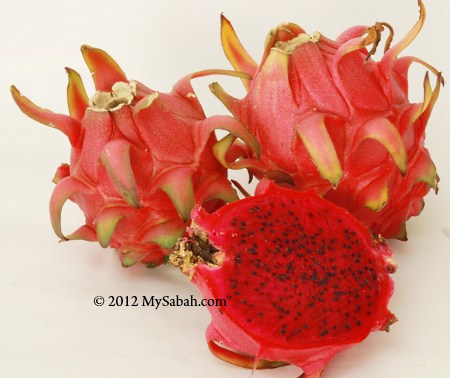 The official name of this least-known species is Pitahaya amarilla. They are cultivated in Keningau in small amount. They are sold out fast before others know about such fruit. The sellers told me that the peak fruiting season of Yellow Dragon Fruit is between Oct and Dec. Yellow Dragon Fruit is also sold in other months, but in very limit quantity. 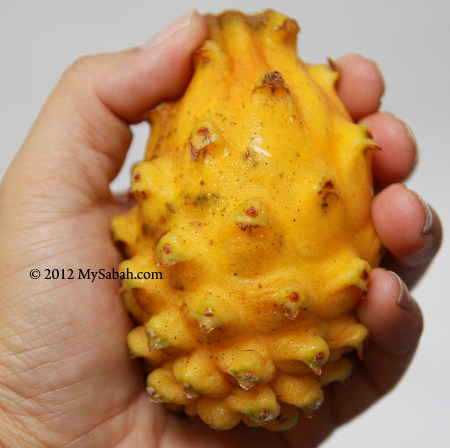 Yellow Dragon Fruit is the smallest among the 3, but the sweetest and most expensive, which is RM20 (≈USD6.70) per KG. You can find Yellow Dragon Fruit at fruit & vegetables shops of Foh Sang and Bornion in Kota Kinabalu, but it’s not always available. 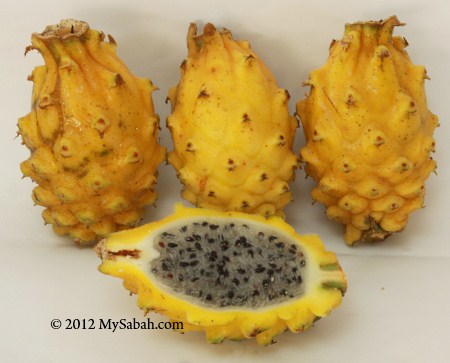 However, the taste of Yellow Dragon Fruit is the BEST! Its sweetness is double of Red-fleshed Dragon Fruit, and it has no sour taste. 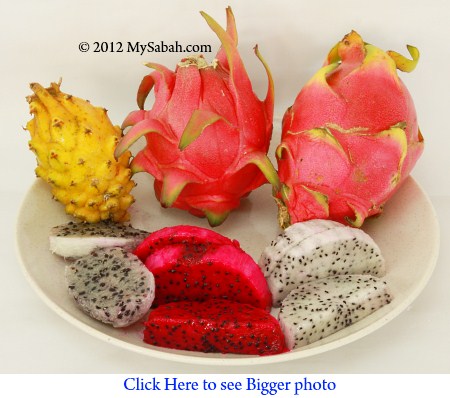 Pic: 3 kinds of dragon fruits on one plate, yummy.. 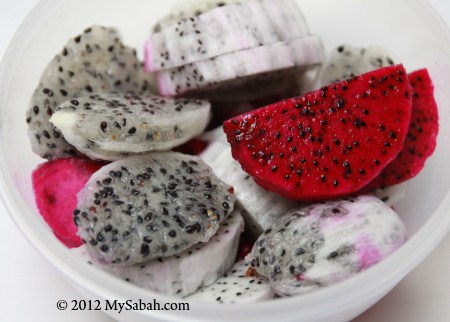 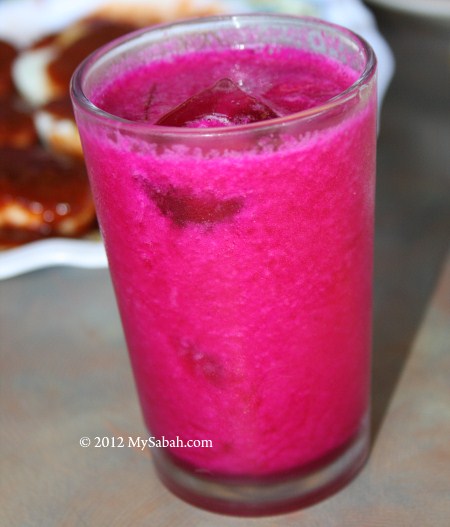 Red dragon fruit juice is delicious and it can turn your poo into reddish color next day, it’s harmless so don’t be shocked. 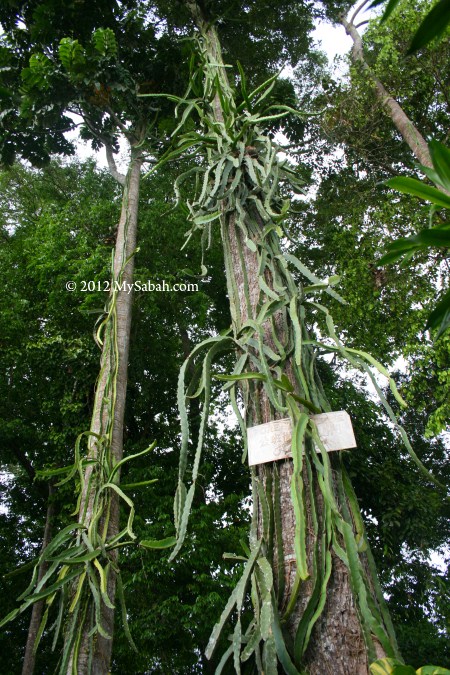 Dragon fruit is not native to Malaysia. It originates from South and Central America. The vine of wild dragon fruit can crawl high up to the tree. 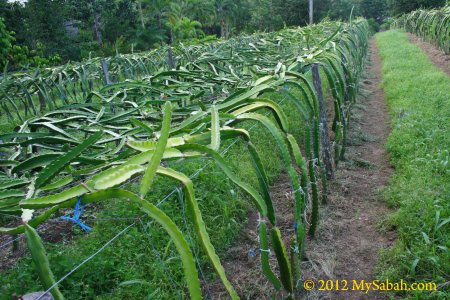 Dragon fruit is a member of cactus family. 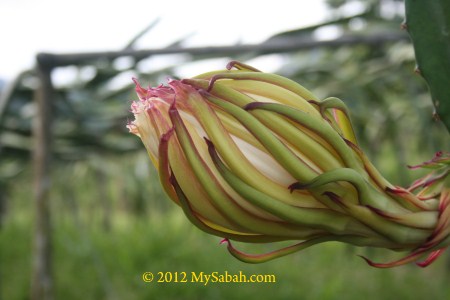 The flower of Dragon fruit can be consumed as tea. 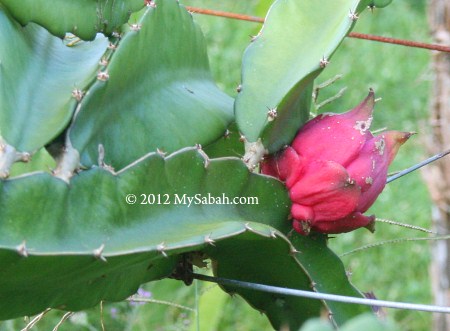 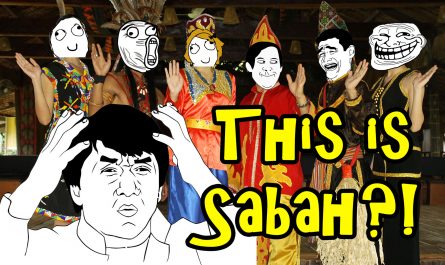 Sabah vs Malaysia [26 differences that only Sabahans understand] 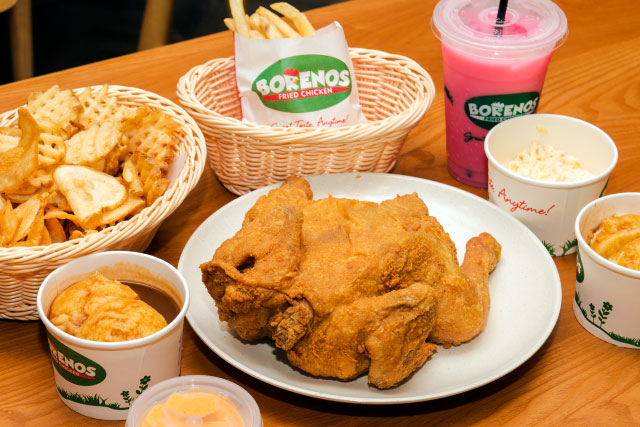 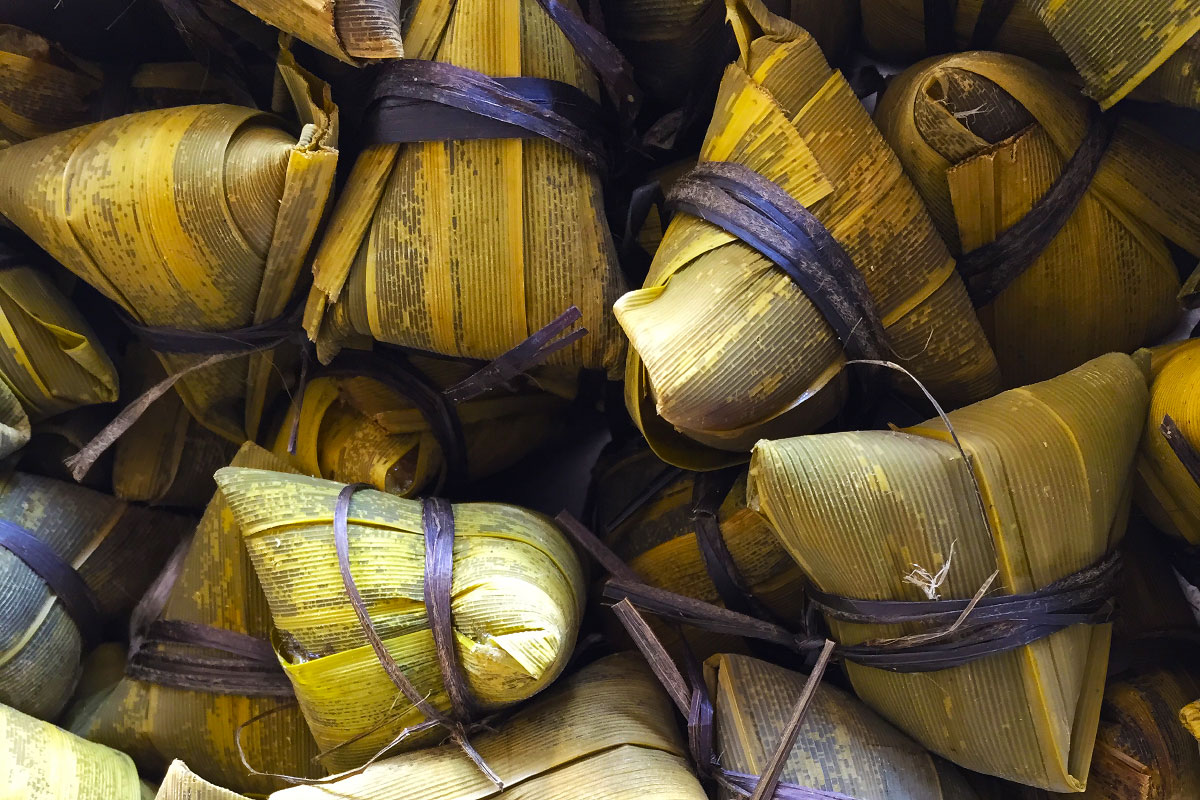