To me, lamb is a cute animal, though they are smelly. They look like owning a human face with full of expression. But don’t know why people always associate lamb with something negative such as “Senyum Kambing” (Smile of Conspiracy) and symbol of devil. The only “positive” thing I heard about them was – eating lamb can greatly increase sexual performance. One friend even proudly claimed that he could “do” 8 times every night, bcoz he ate lamb (though it sounds hurt more than pleasure). 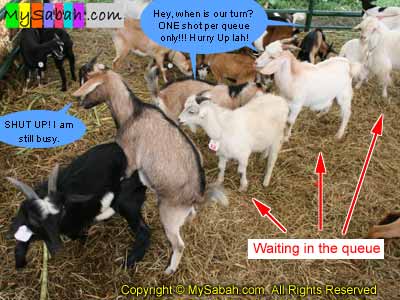 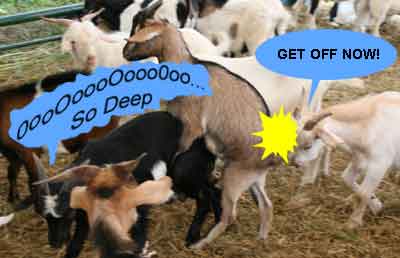 Probably that explains why some guys love to eat lamb, despite of the weird smell of its meat. I checked out the lambs closely in a farm exhibition. Two finding, (1) Every lamb has a mysterous smile on their face, (2) Male lamb has balls which appear proportionally HUGE to their bodies. 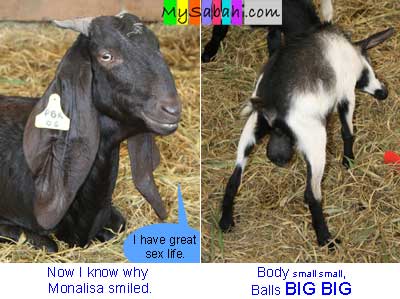 Feeling so envy, even lamb, with body size 3 times smaller than me, have balls 3 times bigger than mine. If I have balls same as their proportion, they will be as big as papaya. Personally I will be happy to hang a papaya-size “sperm tank” between my legs, if that really can make me do 8 times per night. 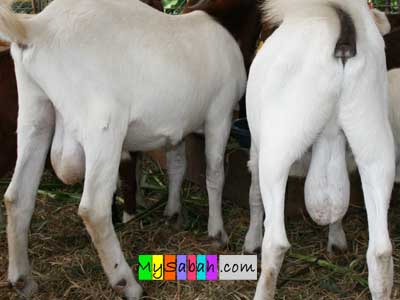 This reminds me of a joke. A man with huge balls went to see a doctor coz he had speech problem. “I, I, I, I… can.. can.. can’t speak pro, pro.. properly…”, he said. After body check, the doctor said the problem was due to his heavy balls that pulled his spinal nerve, affecting his tongue. The man requested for smaller balls, and the doctor quickly arranged a surgery to replace them. Even though this removed his speech problem, weeks later the man regreted to get the smaller balls, so he met the doctor again. “I want my big balls back!” he asserted. Then the doctor replied, “Can, can, can… cannot! The, the, the balls… balls are with… with… me me… now.”

Most Popular Dogs of KK City

3 thoughts on “The Secret of the Lamb”