“Kinabatangan River is one of the places in Asia with best concentration of wildlife,” a happy photographer said, “I have came here nearly 10 times.” This was what I heard when I joined a Photo Safari trip in Kinabatangan last month. I met two European photographers who had a week-long photography trip in important Sabah wildlife reserves such as Danum Valley and Labuk Bay.

This is my second visit to Kinabatangan. My first Kinabatangan trip was with Uncle Tan Camp in Danau Girang back in year 2007. This time I stayed in Barefoot Sukau Lodge located in Sukau, which is 2-hour drive from Sandakan city and next to the longest river of Sabah, Kinabatangan. 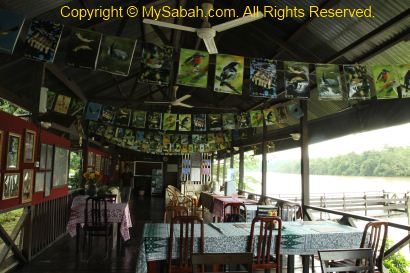 Above: the activity hall and Cliff-Hanger Cafe of Barefoot Sukau Lodge. You can see Kinabatangan River while enjoying your tea. They have nice collection of photographs in display too. 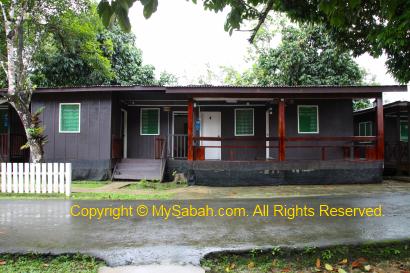 Above: the lodge where I stayed. You can check out their web site for more info. 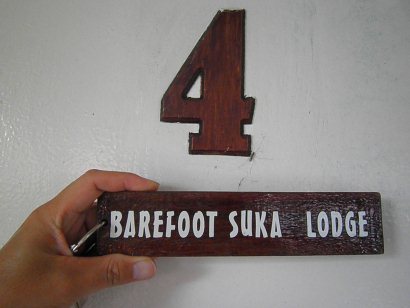 I am Number Four, heheh.. 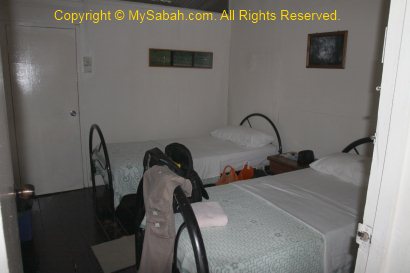 Above: my twin-sharing room. It is clean and cozy, with an attached bathroom/toilet and wall fan. My roommate is a orangutan. Just kidding.. 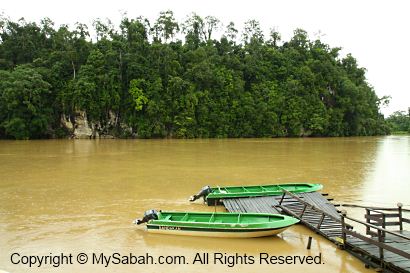 Above: the jetty of Barefoot Sukau Lodge and the boats for our river cruise later. They say a crocodile named “Franky” would be around sometimes but no luck today.

Afternoon River Cruise
We started our afternoon river cruise at 4pm when the rain stopped. At first I worried that we would not see any wildlife in rainy day. I worried too much. 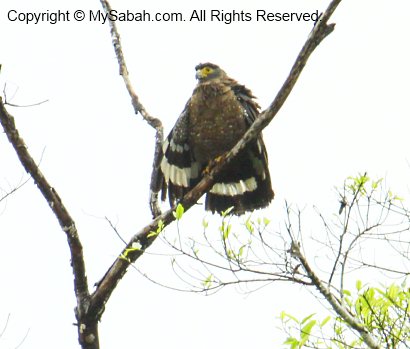 Crested serpent eagle takes snakes and lizards as food. I saw about 5 of them, quite a common eagle. I spotted White-Bellied Sea Eagle, Storm’s Stork, Oriental Darter, Great Egret and Wallace’s Hawk Eagle too. 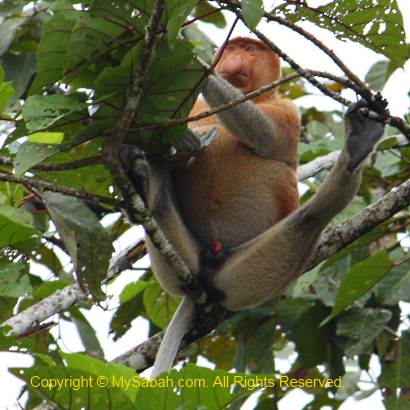 The famous long-nosed monkey (a.k.a. proboscis monkey) of Borneo. They are quite used to presence of tourists. 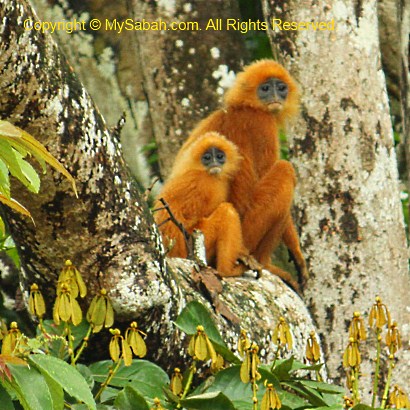 The very shy red-leaf monkey, which always has that funny sad expression on its face.
>> Click Here to see more photos of Kinabatangan 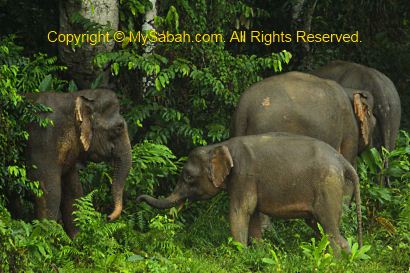 Pygmy elephants! Even though they are the smallest elephant species in the world, they are the largest mammal of Borneo. Only 1,000 of them left in the wild of Sabah. 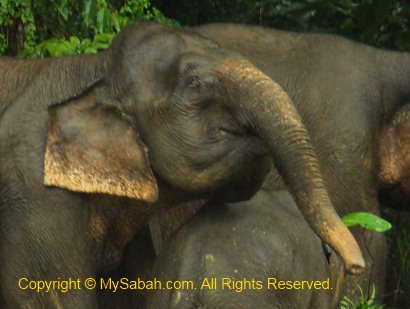 We are so lucky to see them. Sighting of elephants is not common. I know someone who had visited Kinabatangan 5 or 6 times but never saw an elephant. Pygmy elephants are always on the move, migrating from river side to inland. 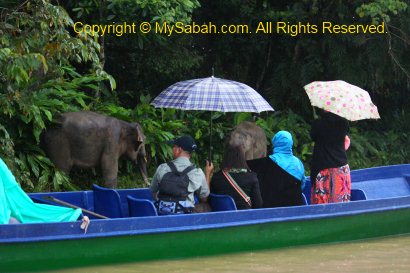 Within 15 minutes, more than 10 boats of tourist gathered around to watch the elephants. I believe all the tour operators keep in touch with one another for elephant sighting news. 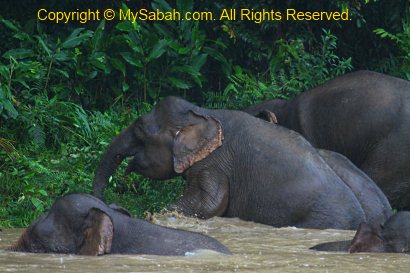 The herd consists of 10 elephants. Elephants look big and heavy but they are good swimmer. They like to take shower in the river in the late afternoon. Then it rained heavily, so our group decided to stick around to watch elephants only until we were satisfied. The Australian silver hair couple in my group was so happy coz they saw blooming rafflesia a few days ago. Lucky them!

Photo Safari River Cruise
The next morning I waked up early to join the photo safari trip led by Cede at 6:30am. It was raining last night until morning. Fortunately, the rain subsided at 7am so we could start our morning river cruise. 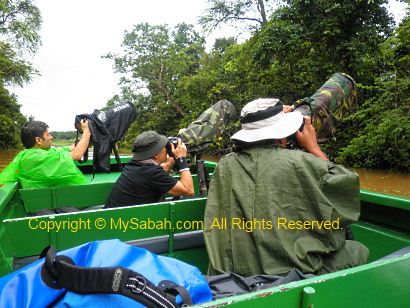 Ok, look at the photo above. All the photographers are equipped with high-end “bazooka” long lens which can cost more than a car, so heavy that they need a tripod to support it. I look at my pathetic cheap 250mm plastic lens (cost less than RM1,000) and offer to sit at the last row, and nobody objected. 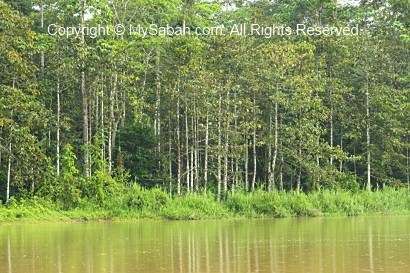 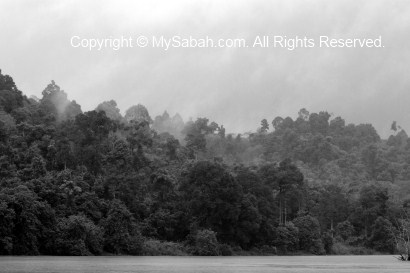 >> Click Here to see more photos of Kinabatangan
It was a beautiful morning. You still can see mist in forest. 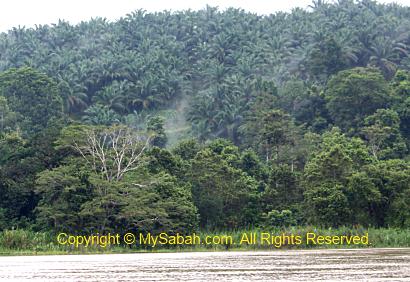 However, there are something ugly hiding behind the wall of forest. I have no problem with oil palm. I only hate the way they plan this crop by deforestation. Over 70% of Kinabatangan is covered by oil palm that fragments the rainforest. I am happy to hear that two palm oil mills here were shut down coz environmentalists complained that these mills released effluent into the river. Hey, we are not totally losing after all. There are still hope. 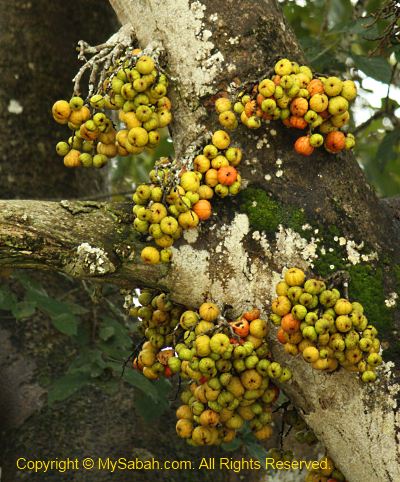 Fig fruit is important food source for primates such as orangutan, so environmentalists try to plant more fig trees in forest rehabilitation projects. 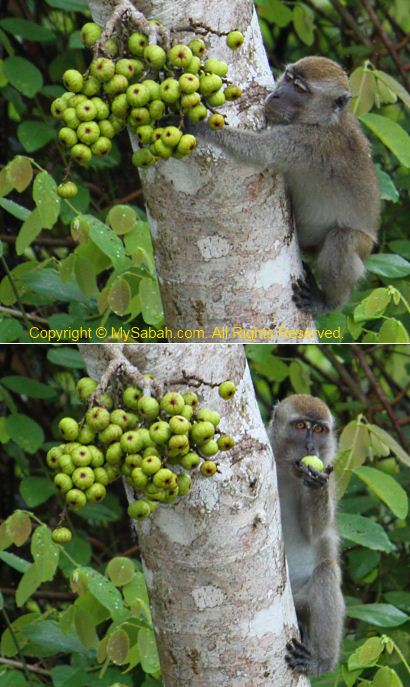 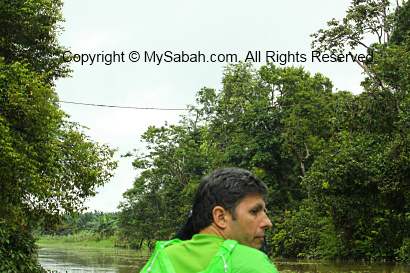 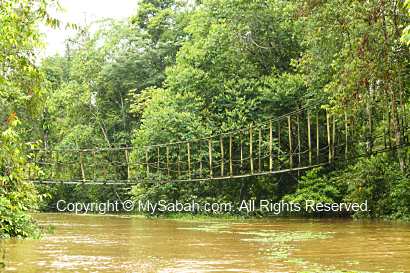 The environmentalists also build some ropes and bridges to help orangutan and monkey to cross the river that has crocodiles. Yes, the primates do use them and the photo was on the news. 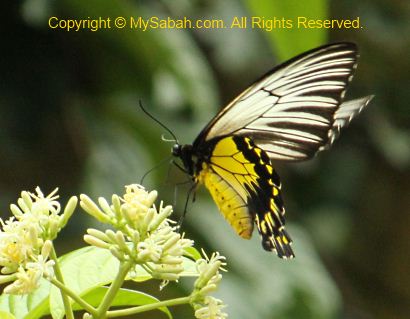 We shot anything that flies, include this bird-wing butterfly. The photo safari trip is different from normal river cruise. Whenever we find a target, the photographers will spend longer time to take photos. They also maneuver the boat to get the best angle. Cede always gave some photography tips. FYI, they don’t like subject with strong backlight. The sky is cloudy, so it is not too bad. 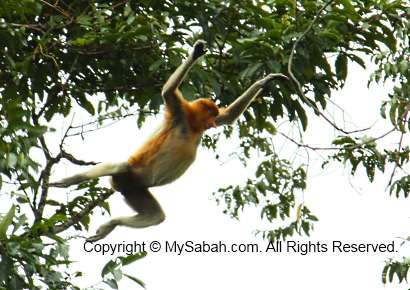 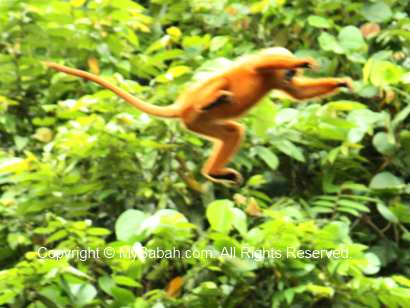 We even spent more than 15 minutes under the tree to wait for the monkey to hop to other tree, for the action shots. There was a female proboscis monkey did a 50-feet drop jump, such a suicidal stunt! Unlike those happy snap-snap tourists, these photographers are aiming for artistic and extraordinary shots, nothing less. 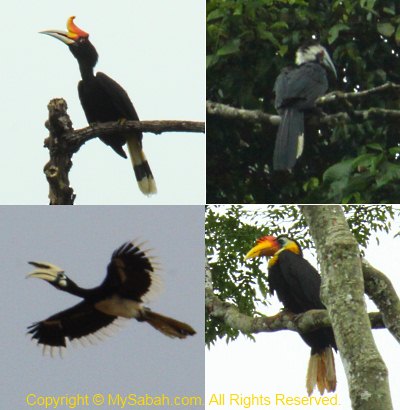 That’s all. You may watch the 3-minute video below to see our river cruises and elephants:

Gigantic Tawai Waterfall in Telupid, the Heart of Sabah

One thought on “Trip to Kinabatangan, best wildlife sanctuary of Sabah”