This year the official State-Level launching of Pesta Kaamatan (Harvest Festival) was at Ranau on May 1, which marked the start of Harvest Festival month for KadazanDusun and Murut people. Last year the launching was at Kota Marudu. Different district has its own ways and colours of celebrating, so you won’t see the same thing. But one thing for sure is that the event will turn the town into a busy and lively spot. FYI, Sabah has over 30 districts. 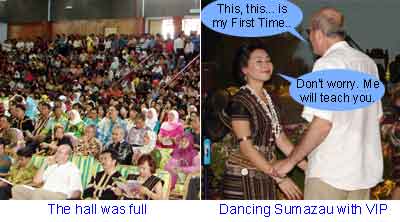 Rice is the most important food for Sabah people, so the month after the harvest of paddy is the time for the thanksgiving festival. We don’t plant that much paddy nowadays, but the tradition is still carrying on. We will have Mangavau ceremony to recover Bambarayon (Paddy God), wishing for another bountiful harvest next time. You would hear the touching story of “Huminodun”, the name of a Goddess who sacrificed herself to save the people from starving. The Unduk Ngadau (Harvest Queen) beauty pageant is also meant to remember this greatest female in KadazanDusun legand and pass on her spirit.

Unduk Ngadau (Harvest Queen) beauty pageant will let you see the beauty of KadazanDusun ladies in their local traditional costumes. 14 contestants were competing for Ranau-district Unduk Ngadau title this year. If you look at the photos, you will find that most of them dressed in Kadazan Ranau costume, which has very unique design and pattern only found in Ranau and Kundasang districts.

There were two rounds for Unduk Ngadau competition. First round is catwalk and introduction. Then 10 finalists were selected for knowledge test in second round, where they picked the winners. The girls also performed some traditional dances of indigenous people such as Sumazau, Sazau, Limbai. The VIPs would be invited to dance Sumazau with them. In case you are curious about what questions were being asked in their knowledge test, here you go: 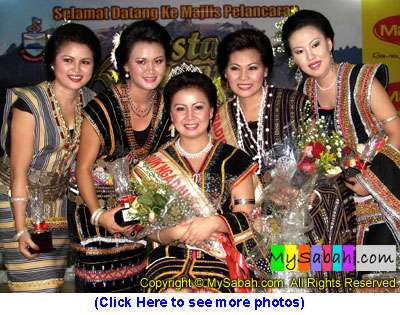