To thank your support, I would like to invite you all to try the juice below FREE. Just kidding… But I would be interested to know what happens if it enters your stomach. 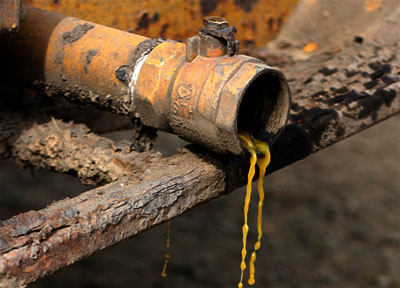 Probably the dirtiest and smelliest water in the world, it is highly concentrated with waste, toxin, bacteria and virus. Surprisingly, it is always come out in orange color. 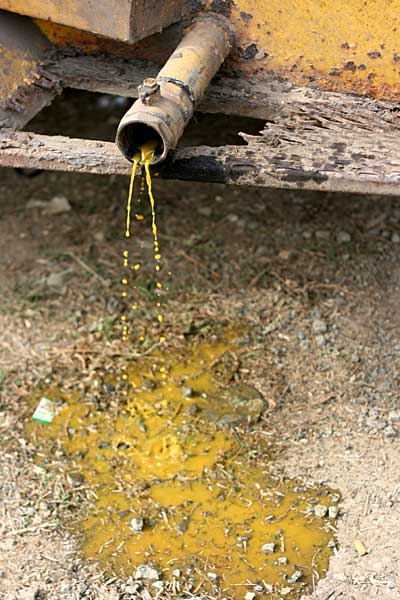 Some years ago, the location outside my house seemed to be the favorite spot for dump trucks to compress their garbage. When they did that, such yellow liquid would flew all over the ground. The next morning I would keep cursing the bad smell that they left behind. Even the harsh sunlight couldn’t neuralize the scent (actually making it worst), so we smelled something sour and rotten hanging in the air for whole day, as if we lived next to a dustbin.

Perhaps the modern dump truck is cleaner now, so this incident doesn’t occur that often. May be it also has something to do with the Ang Pow that we gave to the workers during Chinese New Year. The only thing bothers me is the noise of dog barking and garbage throwing during my sweet dream. 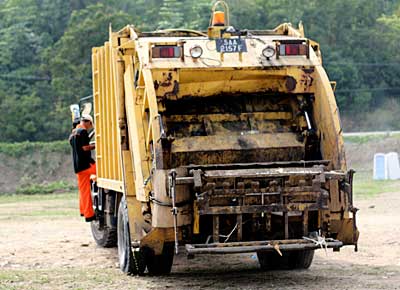 Contrary to the smelly dump trucks of Malaysia, the dump truck of developed countries doesn’t have such strong odor. May be their weather is so cold that it supresses the growth of bacteria. Our warm climate is just a breeding ground for harmful things. It won’t be that bad if we learn to recycle the organic stuffs instead of dumping them. 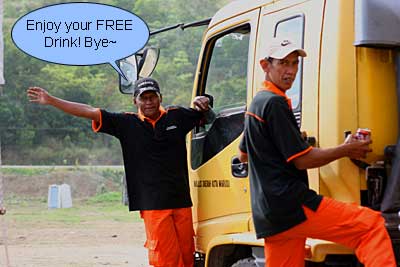 Some countries have started a system to charge more to people who throw extra rubbish. If we practice the same thing here, more garbage will go into the sea, rivers and toilet bowl, a nightmare… Remember the people live in illegal squatters, which has been removed, in Likas? Most of them are reloacted to housing in Telipok and business as usual, they still continue dumping their garbages everywhere. However, the immigration is still very pleased to grant them PR status. Seem like the government loves to accept rubbish too.

When Uncle Police Not Around