Finally I saw Bridal veil stinkhorn, one of the fungus on my photography dream list. By looking at its beautiful appearance, you can understand that why I like it so much. This fungus is girdled with a net-cage and lacy structure called the indusium, or “skirt”, which hangs down from its bell-shaped cap. 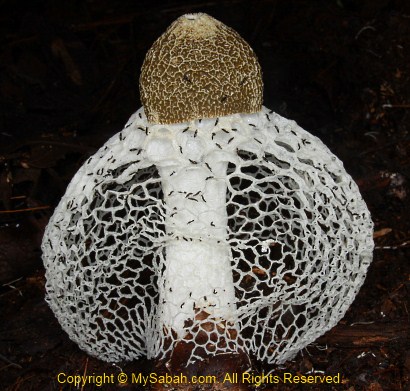 Bridal veil stinkhorn has many other common names such as Crinoline stinkhorn, Long net stinkhorn, Veiled lady, bamboo fungus and bamboo pith. I have no idea what is the function of its “skirt” which earns it these names. As its name implies, it is stink. The scientific name of Bridal veil stinkhorn is Phallus indusiatus, a fungus in the Phallaceae family. 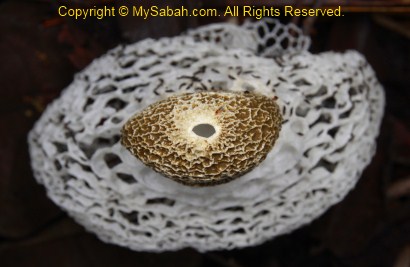 We didn’t see this stinkhorn the previous day, so it must be very new. Though many sighting of this fungi are recorded in forest leaf litter of Kinabalu Park, you need a bit of luck to spot it, as it is short-lived. The fungus would be almost gone after 2 days. 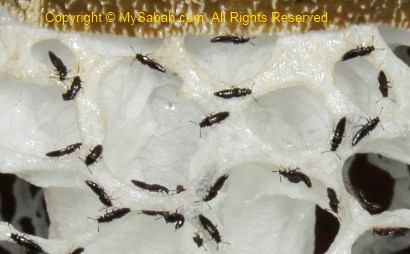 At first, it seems like many ants were busy running on the fungus. When I took a closer look, those insects are not ants. Can anyone tell me what they are? 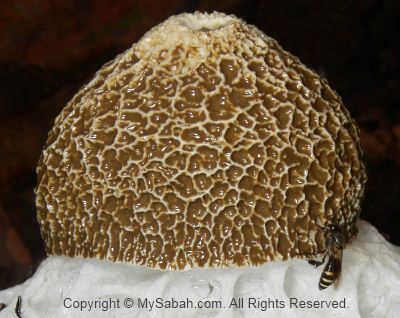 Bridal veil stinkhorn is different from other fungus. It doesn’t use wind to spread their spores (seeds). Instead, it produces a sticky spore mass on its tip which smells like carrion, to attract flies and bees to come and disperse the spores. 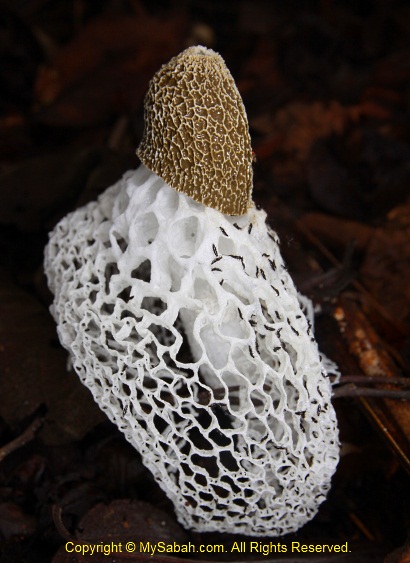 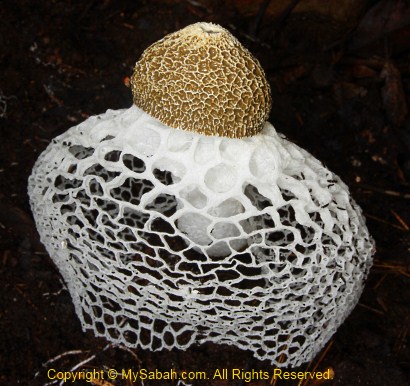 Despite its foul smell, Bridal veil stinkhorn is edible. In fact, stinkhorns are cultivated in China and considered as a delicacy which is rich in protein, carbohydrates and dietary fiber. 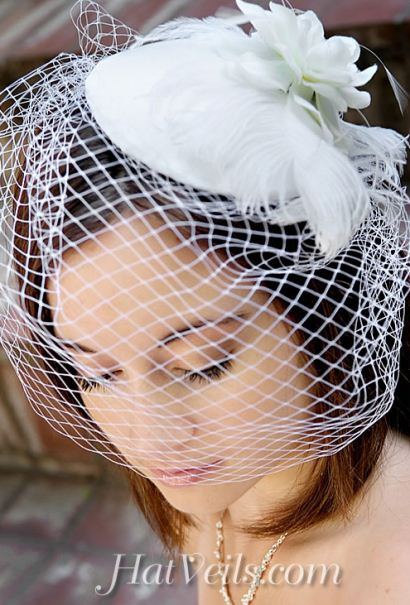 (Picture source: Hat Veils – HatVeils.com)
To you all, this fungus really looks like a shy lady in bridal veil. 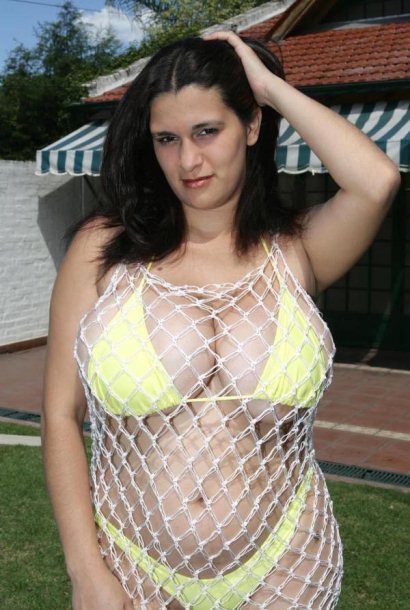 Part 4 of 8. Trip to Maliau Waterfall