Beaufort is a town at south of Kota Kinabalu city. It takes nearly 2 hours to get there by car. Due to the good road condition, you don’t feel that it is really far. 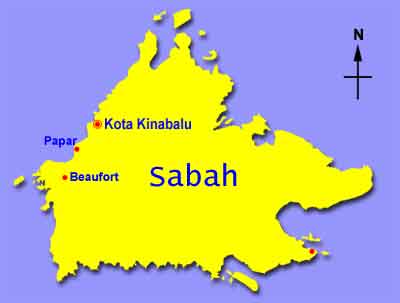 In Beaufort, you will see both modern cement building and old-fashion wooden shophouses exist side by side, forming a very interesting contrast. I believe most of the wooden shophouses were built over 50 years ago. They remind me of my childhood in Tamparuli. If you use the toilet in this house, you will be surprised to see only a big hole on the floor, no toilet bowl. Well, I don’t really mind coz I love to pee on the floor. 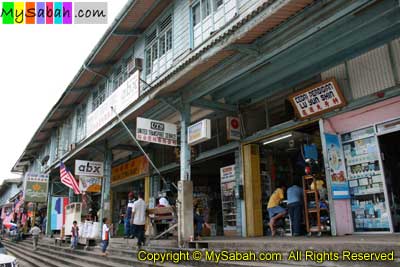 The wooden shophouses were vulnerable to fire. Once it is destroyed by fire, people will rebuild the shops with steel and cement. So these historical structures are slowly disappearing due to modernisation. In the past, coz of its train station that could reach interior area and important towns along the west coast, during World War II, Beaufort was once a very important town and the strategic battlefield (at the hill behind the town). After Allies captured Beaufort from the hand of Japanese, they were on the track to victory smoothly. Let me test you. Who liberated Sabah? Don’t know leh…It was Australian troop. 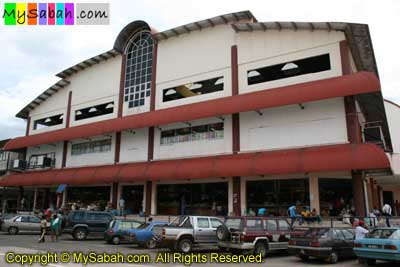 Later I find something interesting on the street. I saw a huge bone on a trolley which sold traditioanl herbal oil. I thought it was a dinosaur bone. The owner said it belonged to a giant fish named “Raja Mimai”. He confirmed that was not a whale. I really have no idea what fish it is. 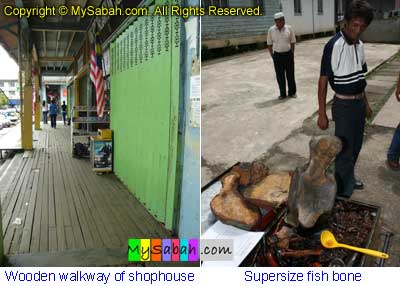 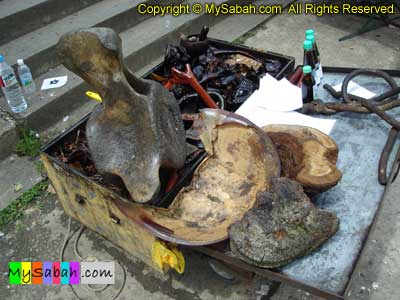 Then I walked into a photo processing shop “Foto Kami”, coz I am always curious about the photos displayed in such shops. I noticed a very old photo of an ugly fish. It looks like an eel with very fierce face. According to the shopkeeper, this fish was caught in Padas River in year 2001. It has died. I tried to ask for the contact of the photographer but it is not available. I posted the photos here. Hopefully anyone of you can tell me what it is. I remember someone said they saw “dragon” in Padas River. Could this be the baby dragon? 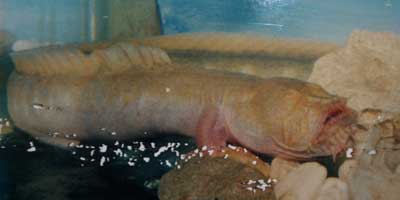 Update (27 Oct 2017): This fish is a Worm Goby fish from India or China. Thanks to the identification by Dr. Tan Heok Hui, an expert in freshwater fish species. According to him, it’s definitely not a native species. 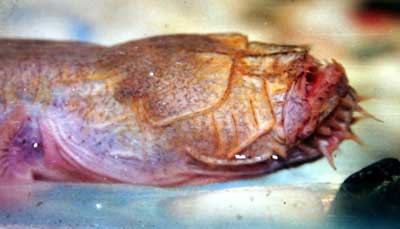 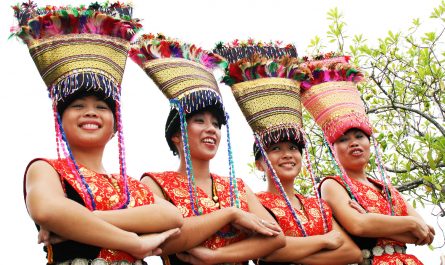 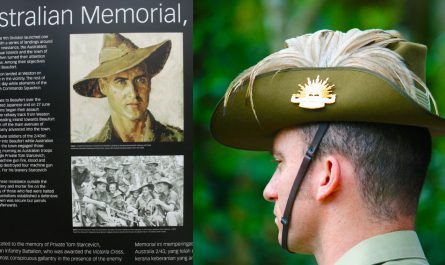 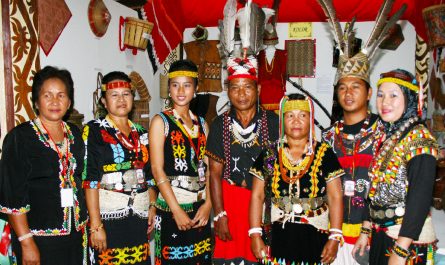 One thought on “Weird Fishes of Beaufort”