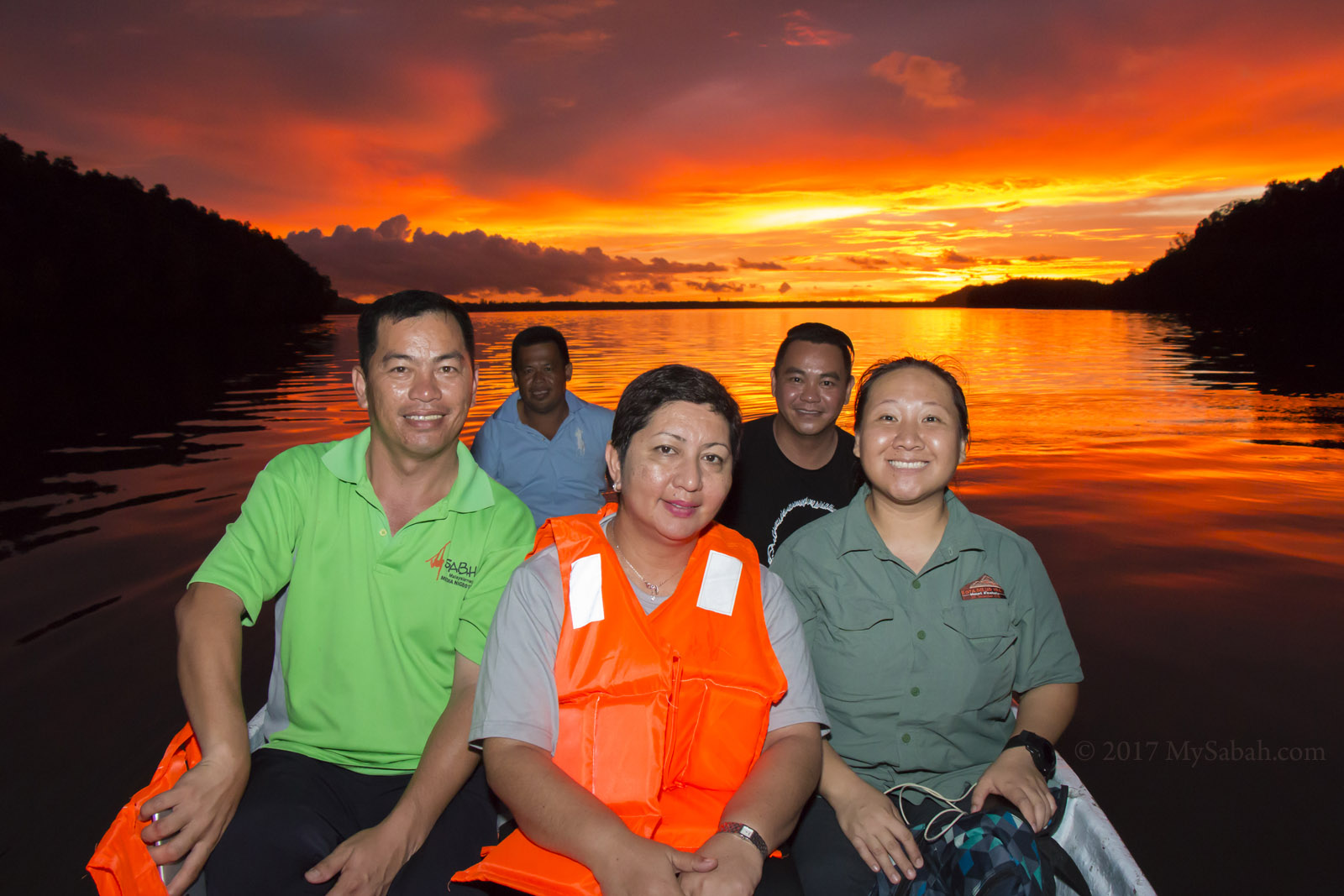 River cruise in mangrove forest is one of the most popular tours in Sabah. Normally tourists pay about MYR200 to see long-nosed monkey, sunset and fireflies in wetlands of Klias, Weston or Kota Belud.

FYI you can see these in Tenghilan (in Tuaran district) for about half of the price (MYR80), but without wildlife such as proboscis monkey. Anyway, its advantages are: (1) the destination is less than an hour drive from Kota Kinabalu City (KK), (2) You will have a chance to sample a delicious snack called Udang Salai (Smoked Shrimps).

This tour is named Sambah River Cruise because it is based in Kampung Sambah (Kampung means Village in Malay language). Before the river cruise, my group was invited to the house of David (our host) in Kampung Bunga, where welcoming drink and light refreshment were served, and an introduction about the trip was given.

As part of the Sulaman Lake, this wetland has been a fishing zone. If you are an avid angler, you can request them to include fishing as part of the activities.

Technically this swamp is a lagoon as it is directly connected to the sea via a channel. During high tide, fishes such as grouper follow the sea current to enter this mangrove to forage and breed, so it’s not uncommon that you can catch very big fish here.

Tuaran has one of the best mangrove forest near KK. The area we visited was mostly intact and large. The brackish water may look dirty, but crabs and prawns grow faster and fatter in such environment. The mudflat of mangrove is also the best place to harvest clams.

Located between sea and river, mangrove swamp is one of the most peculiar forest in the world. The trees can grow in the water and tolerant to saline water, and they breathe with roots. Living among the trees are some weird animals such as the walking and jumping fish, mud-skipper and colorful fiddler crabs with huge pincer.

Our boat navigated in a maze of mangrove forest network. The panoramic view of lush mangrove forest is impressive. Some trees grow over 10 Meters. I think Sabah Wildlife Department can bring in some proboscis monkey families. I’m sure they can live happily here.

59% of the mangrove forest of Malaysia is located in Sabah. Do you know Sabah has both the smallest (KK Wetland) and largest (Kinabatangan) Ramsar sites of Malaysia? Ramsar Site is a wetland site designated of international importance in terms of conservation, ecology and biodiversity.

Around 5:30pm, we arrived Kampung Sambah, a water village next to the lake.

We took a walk in the village, which has a population of 200 of mainly Bajau people. Most of them live in wooden houses on stilt on the mudflat of mangrove, a typical view of fishermen village in Sabah.

However, this ordinary village has an extraordinary snack called Udang Salai (Smoked Shrimps). Believe me. The taste of Udang Salai is unforgettable. Once you try it, you would crave for it occasionally.

Shrimps are abundant in this area. Only fresh shrimps (no frozen shrimp) are used in making Udang Salai.

They have a simple small hut with wood burning stove to smoke the shrimps. The small shrimps are placed on mesh wire above the burning wood and being smoked until they are totally dry and cooked. The taste is yummy and crunchy with nice barbecue flavor. Even the shell is edible. You can’t stop once you start eating it.

Sambah Village is one of the largest producers of Udang Salai, apart from its neighbors Kampung Penimbawan in Tuaran. Smoked shrimps are sold at tamu (morning open market) of Tenghilan on Thursday and Tuaran on Sunday. It’s always sold out before 8am.

Though I wanted to stay back to eat more Udang Salai, we had to start our second river cruise at 6:10pm.

Soon our boat approached the estuary, where we could see the sun started sinking into the ocean. The blazing sun ray gradually turned into warm and golden beam, marking the start of twilight.

The sunset view was hypnotizing. Even though it rained earlier, the extra moisture in the air is the recipe for making of a beautiful sunset. The colors of the sky and cloud went wild and intense, and we were lucky to see the famous flaming sunset of Sabah.

After the sunset, our boat cruised slowly in the total darkness in mangrove. We saw some congregating fireflies flashing on the mangrove tree like summer Xmas tree. The density and scale of fireflies here are small, but good enough for people who never see firefly.

The river cruise ended around 7:30pm and we enjoyed our dinner at David’s house.

This destination is less than 50 Kilometers from KK. The tour operator can pick you up at your hotel. The fee is about MYR80 (about USD$20) per person for this half-day tour (3:30pm-8:30pm). 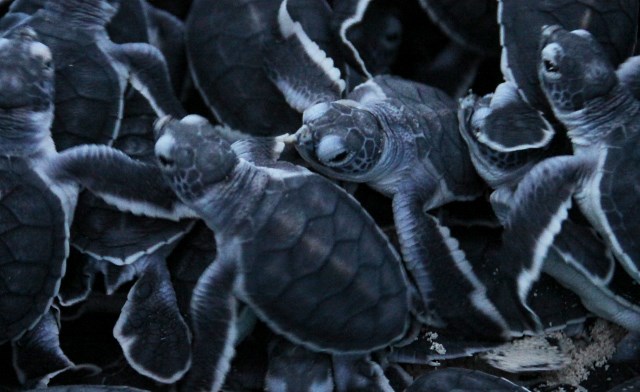 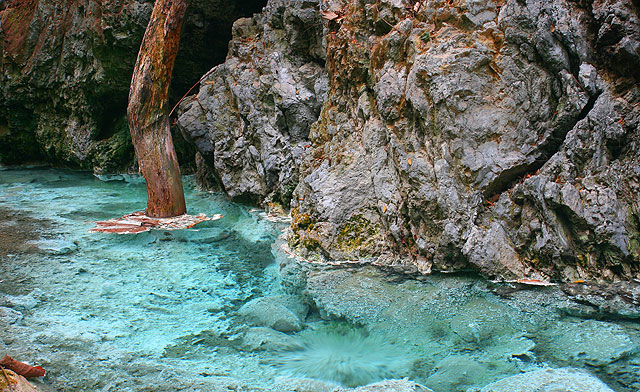