I remember a joke told by LHS:
A group of people go to a restaurant.
One of them asks the waitress, “Do you serve crab?”
The waitress pauses for a while, then reply with a big smile, “We serve EVERYONE!”

MySabah.com also serves crab, and many. You might think that I am crazy about the crabs. Not really lah. It is just that I find that fiddler crabs are very photogenic and few photographers feature them. Aren’t you tired of those macro / close-up shoot of dragonfly lah, ant lah, beetle lah, etc.? I want to have something special here. 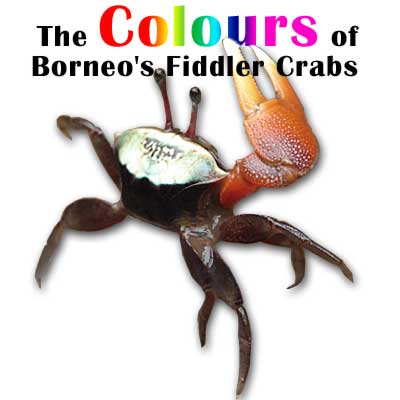 This will be my last set of fiddler crab photo gallery and it is meant to replace the older version of my previous crab photos. I dare to say my site is one of the few sites where you can find the most beautiful shot of fiddler crabs. 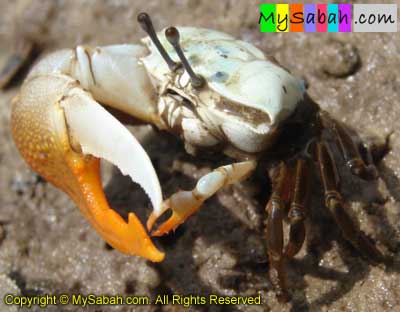 I don’t know the name of each species. I had sent some of the photos to a Singapore universary.
Once they help to identify them, I will update the blog. If I report a new species, you will find a fiddler crab that named “Smoke Head Crab”. Haha… if that happens, I wish the crabs won’t go knock themselves to the wall to kill themselves (then become extinct). 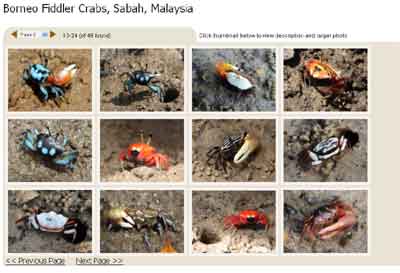 One thought on “Colorful fiddler crabs of Borneo”