Borneo is the Kingdom of Bug. Do you know each rainforest tree supports up to 1,000 species of insect? And this doesn’t include other bugs which have no leg, many legs, 8 legs, etc. Most of them can make girls scream. However, I’m really fascinated by bugs, so “bug hunting” is always my favorite activity during jungle trekking. Below is a list of 10 weirdest bugs of Borneo (in my opinion).

“You need long eyes to get laid.”

No, Stalk-eyed Fly doesn’t need a long penis to impress female. The long eyestalks projected from the sides of the head of male fly is a symbol of sexy. Female always prefers to mate with the male fly which has longer eyestalks. 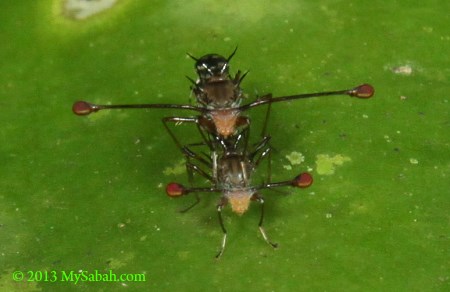 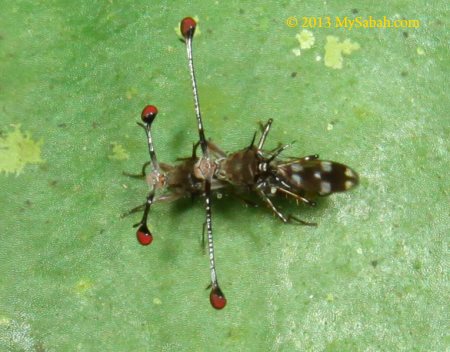 Pic: this male Stalk-eyed Fly has eyestalks longer than its body.

Imagine both of our eye are 2 Meters apart. Would you marry a guy like that?

“The unicorn in world of insects”

Lantern Fly gets its name because people thought its snout was luminous at night (No, it doesn’t). Actually the “nose” is an extension of its mouth for feeding on the sap from plant and tree. 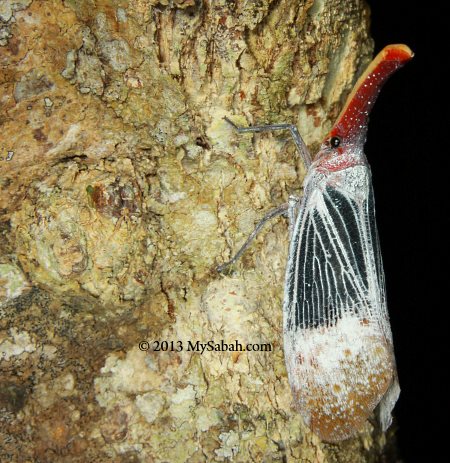 In 19th century, there is a widely circulated myth that persons bitten by Lantern Fly will die if they don’t have sex within 24 hours. Well, Lantern Fly doesn’t bite, so I guess nobody is killed this way. 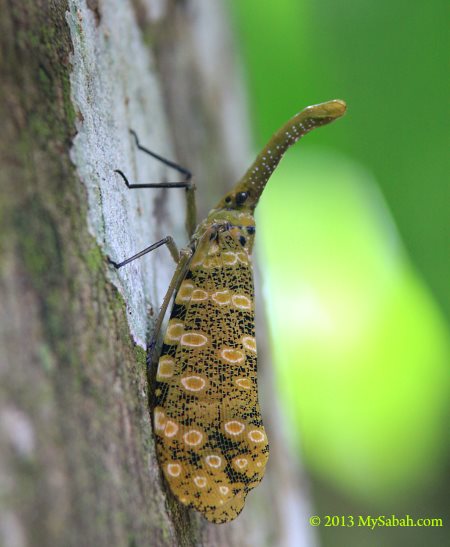 Whatever, due to its peculiar mouth and colorful wings, Lantern Fly is a favorite subject of photographers. You would find it stays still on tree bark during dusk.

“Be a slimeball when in danger.”

When disturbed, pill millipede will roll its body into a ball to defend itself. 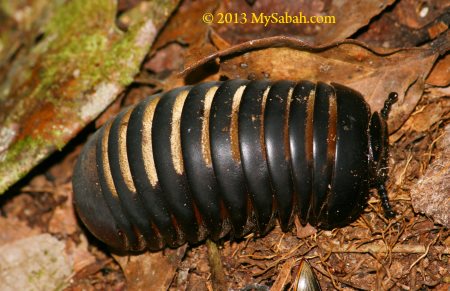 When pill millipede rolls into a ball, I would give it to a clueless city girl, telling her that it’s a beautiful nut. She would keep it in her pocket. Then I’ll wait for the scream. *hahaha* 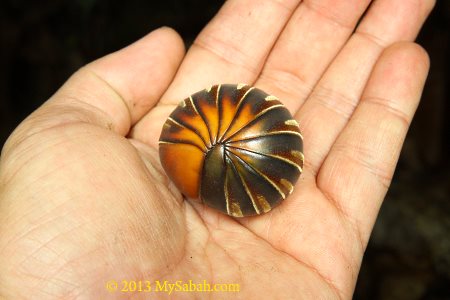 You can see a Pill Millipede “rolls” in following video:

With leathery carapace and a whip-like tail, Whip Scorpion looks like a kinky lover. Probably it also enjoys whipping its prey to death? Just kidding. 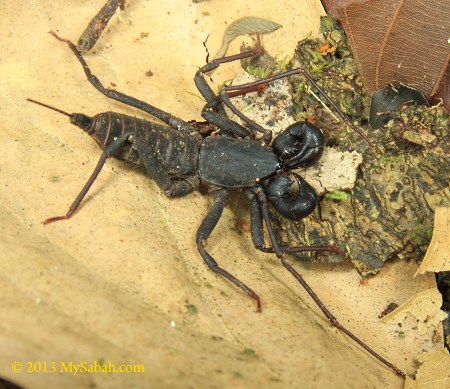 To know its weapon, you may keep your face very close to Whip Scorpion for an unforgettable surprise. Last time my camera was too near to this bug, and it sprayed very potent chemical (a mix of acetic acid and octanoic acid) to my lens. The smell was so terrible that, for hour, my camera smelled like a stinky socks soaked in strong vinegar. 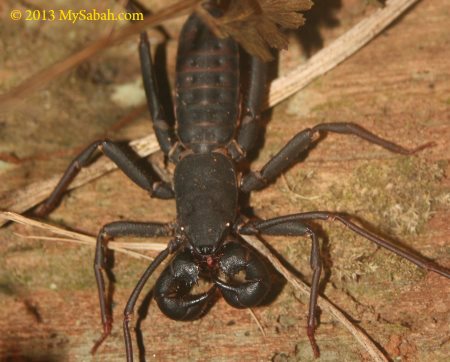 The good thing about Whip Scorpion is – it can control the population of roaches. Ask your mom to keep a few in the kitchen as cockroach killer and vinegar supplier. 😀

“The musician of insect’s world?”

Violin Beetle reminds me of a fable about a lazy grasshopper who plays violin and doesn’t listen to ants’ advice to stock food for winter. Whoever see Violin Beetle will be amused by its funny shape. 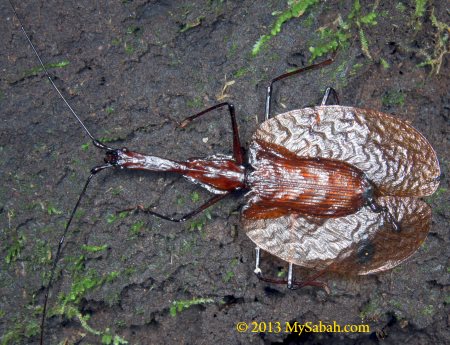 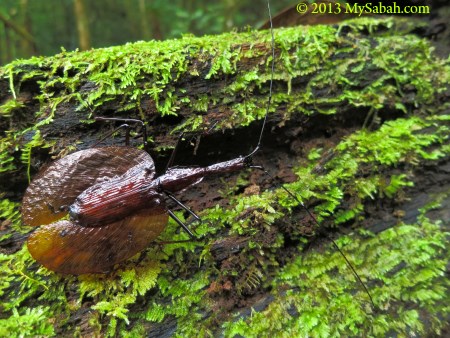 Violin Beetle is quite a secretive creature and I only see it once. Beware, it is not a romantic violin player. When threatened, it’ll emit a noxious fluid that can hurt your eyes and hands when contacted.

“The creature from the darkest corner of hell.”

I bet most of you are afraid of centipede. How about a fast moving centipede with long legs? 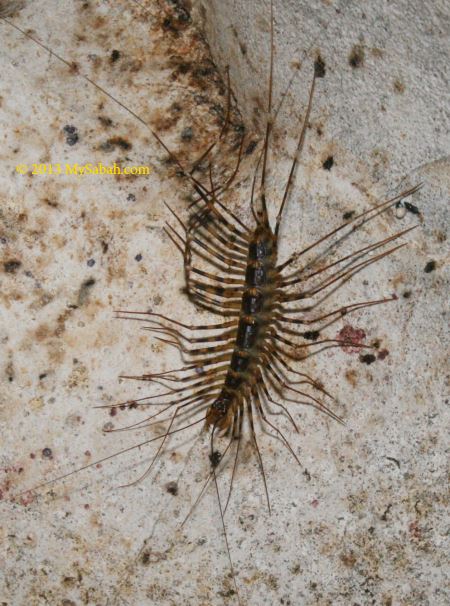 Most bugs are attracted to light, but this eerie bug hates light. You can find a lot of them on the wall of a cave. Their bites are nasty so watch where you put your hand during caving. 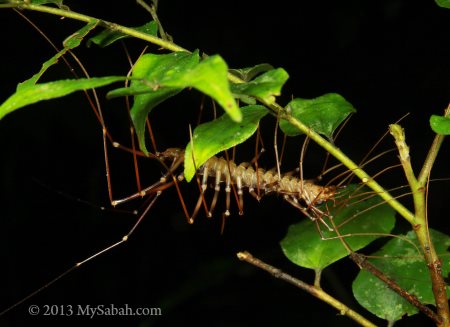 Cave Centipede looks just like a freak coming out of our nightmare.

“The friendliest dweller of rainforest.”

If you walk in the deep forest of Borneo, you will be greeted by hundreds of this little annoying blood sucker. Not only it makes girls scream at highest pitch and maximum volume, I had seen it makes many big guys jumping in panic. 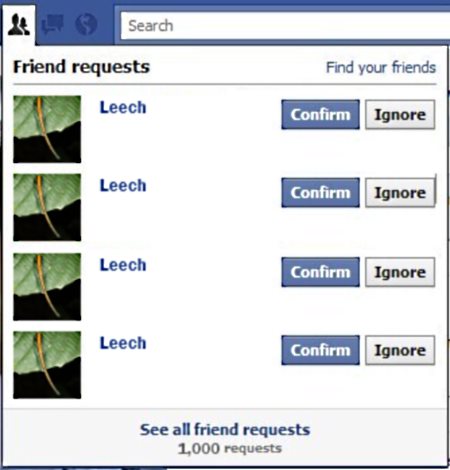 Pic: Leeches want to add you as a Friend

Leech is blind but it survives the hostile forest environment by being the most persistent bug. When it senses your body heat, it’ll come for you and never quit until it gets a few drops of your warm blood. They are especially abundant during wet season. 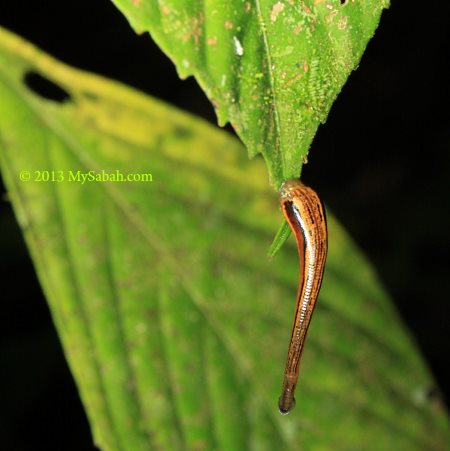 Once it gets on your skin, it’ll look for the warmest (most sensitive) spot of your body for a buffet. By the time you find out, it already becomes a hanging blood bag 3 to 5 times bigger. 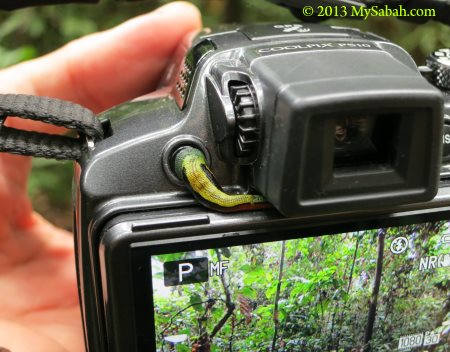 The anticoagulant in leech bite will make your wound bleeds profusely for hour, a terrifying scene for the weak-hearted. 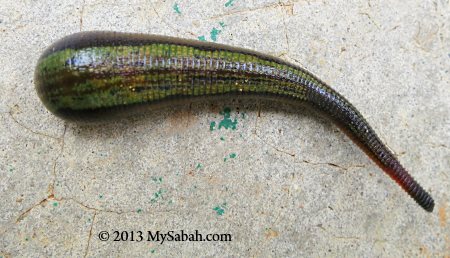 To get rid of leech, you may read my article on “How to prevent leech bite?”

“An insect that wears carcasses as trophy.” 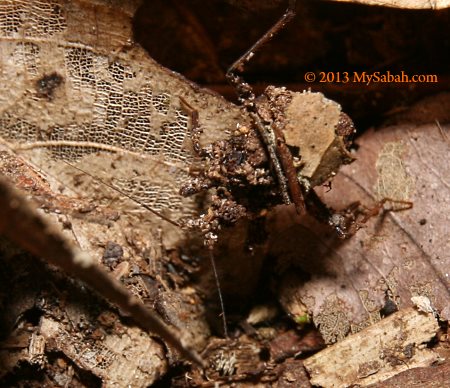 Seeing such corpse-carrying behavior may cause discomfort to your stomach (I think it is funny though), but it is a good camouflage to confuse its predators such as jumping spider. 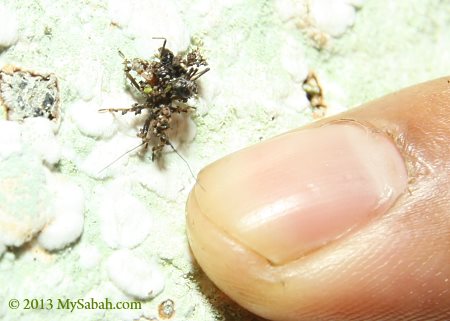 My photos may be not so clear. You may check out better close-up photos here.

“Horse hair? It is more like the hair of a demon!”

I wish I’ve never seen this sinister parasite, as it makes me sick just by thinking about it. 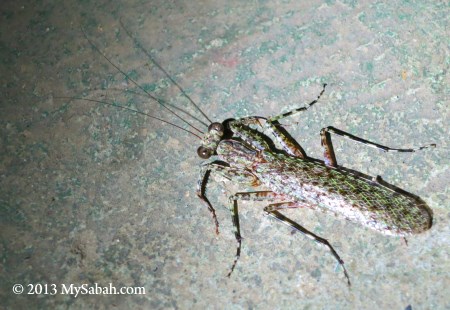 You know mantis is a fierce predator feared by all insects, but it is a victim to Horsehair Worm. One day I saw a mantis running restlessly around, then it fell into a basin. To rescue it from being drown, I grabbed the mantis. Then I saw a worm crawling out of its butt, it was so GROSS.

Horsehair Worm enters insects’ body when the victims (e.g. mantis, cricket) drink water containing its larvae. When the worm is fully grown inside its host and ready to get out, it’ll control the brain of parasitized insect, causing it to seek water and drown itself, then it’ll wriggle out from the ass of its host and return to water. 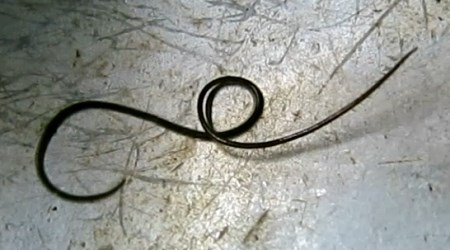 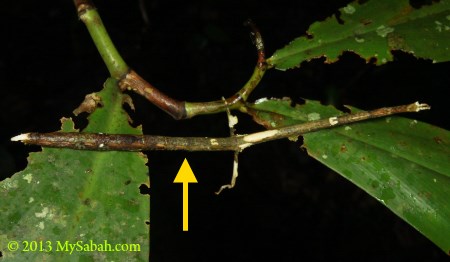 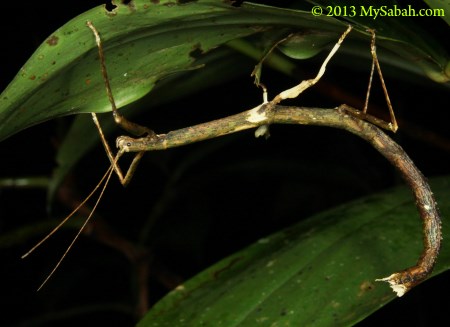 The look of this bizarre bug resembles a stick, and it behaves like a stick too. When it moves, it rocks back and forth to imitate twig swaying in the breeze. Even its eggs also look like seeds, to fool the carnivorous predators. If Charles Darwin saw Stick Insect, he would think it evolved from plant. 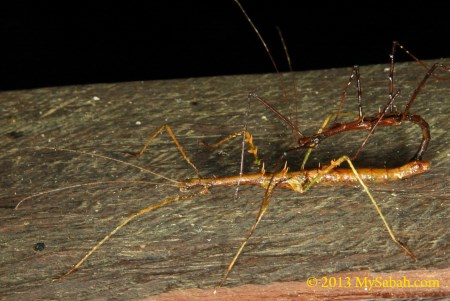 Pic: a pair of mating stick insects, looks like two sticks fucking each other..

Many species of stick insects are parthenogenic, which means the females can produce eggs (offspring) without mating with males! 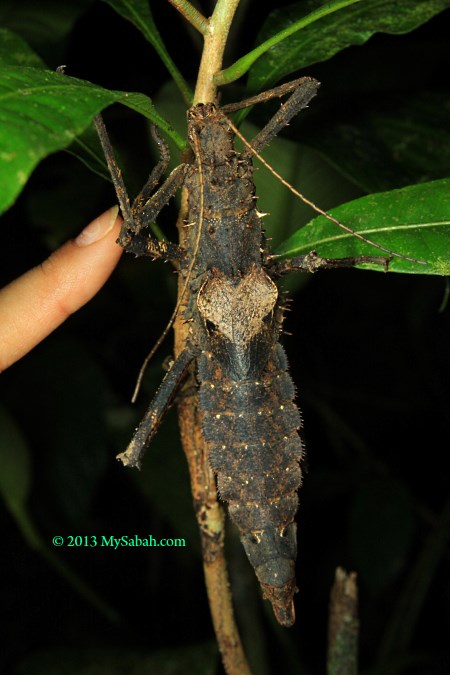 There are around 3,000 species of stick insects in the world, and they have rich variety of shape and size.

So, which weird bug is your favorite? 🙂 Nevermind if you dislike them all, they dislike human too, so it’s unlikely that you would find one of these bugs in your house.

Due to COVID-19, Malaysia has implemented Movement Control Order to restrict people from travelling and gathering from 18 March to 14 April 2020. Therefore, now is not a good time to tour around Sabah.